The Trans-Adriatic Pipeline (TAP) is intended to form a part of the massive Southern Gas Corridor, a network of pipes that will link Europe to the resource-rich shores of Azerbaijan.

As part of the immense costs involved with the project, the authorities in charge are counting on the EIB to grant it the largest loan in the EU bank’s history; some €1.5 billion.

But late yesterday the bank’s board deferred making a decision on the TAP loan, citing a need to look at the project more closely. As such, the loan will not be approved or denied before February next year after already resting on the bank’s books for nearly two years.

Environmental groups welcomed the board’s decision to delay, citing growing civil society action as a prime factor. In recent days, over 4,000 people had contacted high-ranking EIB members to express their opposition to the TAP project.

Given the EIB’s high profile attendance at the One Planet Summit in Paris yesterday, many eyebrows were raised that the bank would pledge is long-awaited support for TAP on the second anniversary of the Paris Agreement.

Friends of the Earth France climate campaigner Cécile Marchand said: “Clearly it was too much even for the EIB to fund this fossil fuel mega project on the anniversary of the Paris Agreement – now they should make sure that 2018 sees them end support for fossil fuels entirely.’’

TAP and the Southern Gas Corridor as a whole have provoked criticism due to their reliance on countries like Azerbaijan and Turkey, despite documented concerns about human rights abuses.

Farmers in southern Italy, where the pipeline is planned to make landfall, have also complained about destructive construction works.

Wider concerns about the EU’s energy and climate policy have also been raised. Climate Commissioner Miguel Arias Cañete admitted in January 2017 that the Commission had not undertaken a climate assessment of the SGC.

In an answer given to a parliamentary question, Cañete insisted that access to the natural gas resources of the east would allow southern and eastern European countries to phase out more polluting power plants. 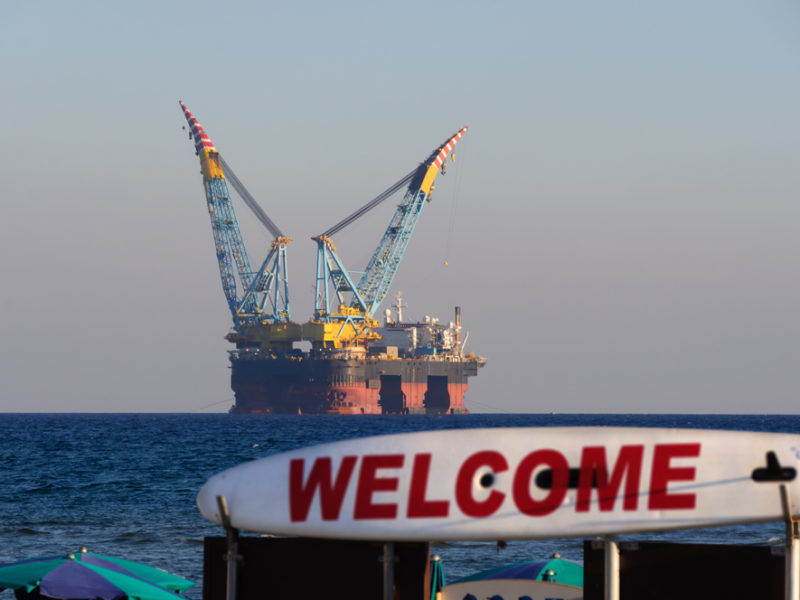 An explosion in one of Europe’s main gas hubs left one dead, several injured and raised significant concerns about energy supply yesterday. The Baumgarten facility in Austria was hit by an explosion, which was “technical in nature”, in the morning. Firefighters tackled the resulting blaze through the afternoon.

Due to its role as a main transit hub for natural gas from suppliers like Russia, neighbouring countries feared that the incident could prompt an energy crisis, as the site was slated to be offline for a number of days and demand has increased due to the colder weather.

Unaffected parts of the facility were later brought back online.

Italy even declared a state of emergency due to the prospect of lack of gas supplies. Industry Minister Carlo Calenda claimed “If we had had the TAP, we would not have to declare a state of emergency”, as prices surged to a record €47 per megawatt hour.