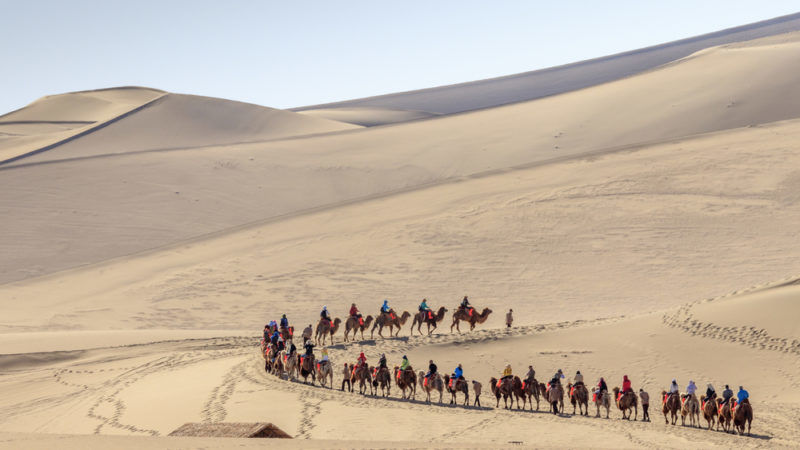 Mongolia is ready to embrace the vast wind potential on offer and will start construction on a wind farm on the edge of the Gobi Desert. [Shutterstock]

Mongolia’s Sainshand wind farm, which will be built in the Gobi Desert 460km from the capital, Ulaanbaatar, will be the country’s third privately financed wind farm.

The Luxembourg-based EIB, the European Bank for Reconstruction and Development (EBRD) and a group of international investors have pledged more than €100 million in financing for the project, which hopes to add 54MW to the country’s energy mix.

Sainshand’s developers plan to install 25 large turbines that will help cut carbon emissions by an estimated 200,000 tonnes. Construction will start by the end of the summer and is predicted to be completed in 2018.

The investment comes after three years of preparatory work, which included in-depth feasibility studies on the area’s suitability for wind power generation.

Mongolia boasts outstanding conditions for exploiting wind power, as wind speeds hit an average of between 7 and 8.5 metres a second. The government is also keen to make more use of renewables, following a 2007 law that set up feed-in-tariffs and established a regulatory framework.

EU Ambassador to Mongolia Hans-Dietmar Schweisgut said: “Mongolia and the European Union are signatories of the Paris Climate Agreement and the new Sainshand wind farm shows the close partnership between Europe and Mongolia to reduce carbon emissions through renewable energy.”

The Mongolian Ministry of Energy’s Wind Energy Development Roadmap also confirmed that wind energy will develop into one of the country’s most important resources by 2020, when it is predicted to cover about 20% of the country’s energy needs.

In 2015, renewables accounted for about 7.9% of total capacity while the government has self-imposed targets of hitting 20% by 2020 and 30% by 2030. Its wind targets are 10% and 15% for the same years. The roadmap claims that there is a massive 1.1TW of realisable wind potential.

The EIB, which alone has pledged nearly €40 million, said in a statement that it is “committed to supporting climate-related investment across Asia and is pleased to support the development of wind power in Mongolia, which provides an alternative to coal use”.

The European Investment Bank is the EU’s non-profit bank, owned by and representing the interests of the member states. It tends to focus on development and climate change investment and is the world’s largest multilateral borrower and lender.