"Coal is no longer a profitable business. This is partly due to rising fuel costs, but also increasingly fierce competition from renewable energies. Low gas prices, in particular, are putting the coal business under pressure," Sriya Sundaresan, one of the study's authors, told EURACTIV. [chyuss/ Shutterstock]

Coal-fired power plants in the EU are becoming increasingly unprofitable as they have incurred losses worth €6.6 billion this year, according to a new study by the British think tank Carbon Tracker.

The analysis published on Thursday (24 October), indicated that 79% of all European coal-fired power plants are now making losses. Germany is the most affected with losses amounting to €1.9 billion, while Spain (€992 million) and the Czech Republic (€899 million) trail close behind.

Only a few power plants in Poland, Italy and Slovenia are still making profits due to stable electricity prices on the wholesale market. This is also the case for two highly efficient plants located in both Germany and the Netherlands.

“Coal is no longer a profitable business. This is partly due to rising fuel costs, but also increasingly fierce competition from renewable energies. Low gas prices, in particular, are putting the coal business under pressure,” Sriya Sundaresan, one of the study’s authors, told EURACTIV.

For their calculations, the team of analysts included a wide range of public data on 542 coal-fired power plants in the EU. They took into consideration data on fuels, operating costs, price of emission certificates, as well as the cost of measures such as installing new filters to comply with stricter EU environmental regulations.

Such a trend is nothing new for the coal business.

The British think tank has already demonstrated this in some of its earlier studies. In 2015, analysts found that the five largest energy groups in the EU had already lost €100 billion by generating coal between 2008 and 2013.

In 2017, they stated that 54% of the investments in the coal business had been negative. The power plants have reacted to these numbers by cutting back on generating coal-fired energy for years.

According to Carbon Tracker, this year’s production of so-called ‘hard’ coal in the EU had fallen by 39% and that of lignite by 20%.

The think tank even stated when it believes coal will be phased out: based on the current conditions, and given the scarcity of carbon certificates, the last coal-fired power plant will have to close by 2030 at the latest.

Although most European countries have already committed themselves to phase out coal by that date, Germany, as Europe’s largest coal consumer, has set its deadline for 2038. In Poland, companies are still mining vast quantities of coal, and more coal-fired plants are even being planned for construction.

“If governments stick to coal-fired power generation for any longer, they will have to make compromises. Either they will have to shift the financial risk onto consumers and raise electricity prices, or they will have to subsidise the system with taxpayers’ money. Or the power plant operators themselves will have to invest money in the coal business and ‘destroy’ the money of stakeholders,” Sundaresan said.

Figures pulled out of “thin air”

German-based energy company RWE, which, according to the study, is making the most significant losses in the EU this year with €975 million, has said that Carbon Tracker’s figures have been pulled out of “thin air”.

“If plants could not cover their cash costs, we would not be able to operate them,” a company spokesman wrote in an emailed response to EURACTIV.

In the first half of 2019, a preliminary profit (EBITDA) of €172 million had been achieved from coal, and by the end of the year, earnings of between €300 and €400 million are expected. Coal-fired power plants are increasingly pushed to the side by other power plants for the supply of energy on an hourly basis.

“We assume, however, that the margins for the remaining power plants will continue to improve with the upcoming closures of power plant capacities,” the spokesperson added. 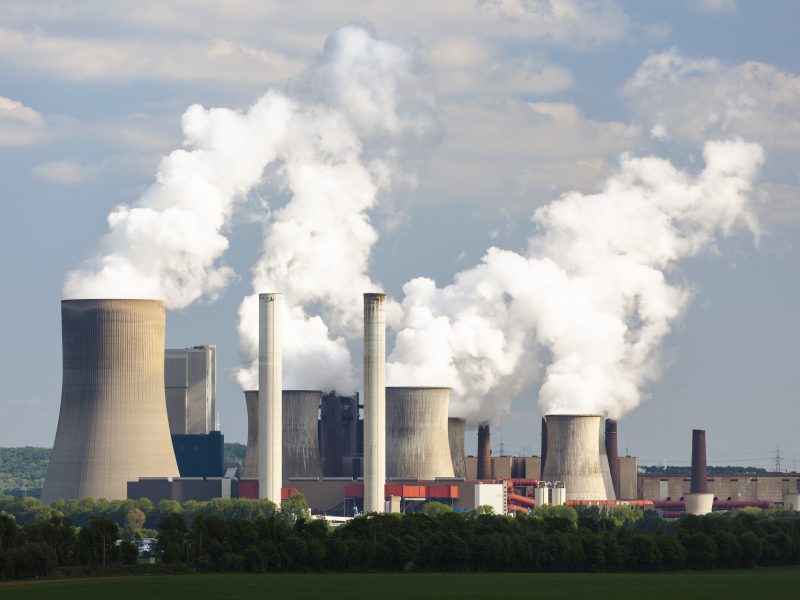 Germany's coal phase-out bill to be ready by end 2019

According to the producer, around half of the power plants are tied to long-term contracts that do not depend on the stock market’s trading price for energy.  This could not have been included in the calculations “because they cannot know the underlying contracts”, a spokesman said, on EURACTIV’s request.

There is no doubt, however, that the company is “in the midst of a transformation process that will be accelerated by the foreseeable end of coal-fired power generation, which we accept in principle,” he added.

However, it appears that Uniper will still be relying on coal for quite a while.

“For an industrial nation like Germany, it will not be an option to make the country’s electricity supply depend on the weather or foreign energy. Besides, it cannot depend on coal-fired electricity or nuclear power,” the spokesperson added.

Coal companies have been relying on renewable energies for a while

However, the study’s figures suggest that renewable energies are increasingly replacing coal-fired generation.

This could be turned into a win-win situation, the study concluded, as investments in renewable energies are also becoming increasingly attractive for coal companies.

Most energy companies have been investing in renewable energies for some time.

RWE, which has been calling itself the “new RWE” since the acquisition of Innogy’s renewable energy division, is now generating 60% of its profits with renewable energies.

Because of the inadequate expansion of the grid and the lack of storage facilities, so-called ‘green’ electricity is still facing significant problems, according to analyst Sundaresan.

“Our study is the first look at a long transformation process that will of course not be easy to master,” Sundaresan added.