For the environmental network EEB, this kind of funding is unacceptable: "The polluter is being paid," said EEB's policy manager for industrial production Christian Schaible. [Sunshine Seeds/ Shutterstock]

The EU should soon be done with relying on coal – by 2025 at the latest, there should no longer be subsidies for the coal industry.

And yet the European Commission continues to support projects of large energy companies for coal research projects. Documents from Europe’s largest network of environmental citizens’ organisations, the European Environmental Bureau (EBB), demonstrate this. EURACTIV was presented with this document.

For example, one of the 150 or so projects funded is examining the gasification of lignite and recyclable materials to make the process “more efficient and cost-effective”. When it comes to the gasification process called High-Temperature Winkler (HTW), liquid fuels such as methanol or diesel are produced from synthetic gas.

The European Commission is allocating more than €1.75 million to the project, in which the energy supplier RWE, in cooperation with the Technical University (TU) Darmstadt, built a pilot plant in 2015.

ThyssenKrupp, the universities of Ulster and L’Aquila, the Hellas Centre for Research &Technology and the Polish Institute for Chemical Processing of Coal are also involved.

The plant aims to investigate the gasification of coal together with other substances. If other substances – such as biomass or plastics – are included, the proportion of coal in this commonly used process could potentially be reduced. This is according to a researcher at Darmstadt Technical University, who was contacted by EURACTIV.

As for many other projects, the EU supports the research project with grants covering 60% of the costs that go to staff, purchases and additional costs. TU Darmstadt received more than half a million euros to hire staff to look after the gasification plant.

RWE also received almost €330,000 for staffing costs and €360,000 for equipment from the EU. Part of this money even went towards the purchase of highly toxic gases such as hydrogen sulphide.

For the environmental network EEB, this kind of funding is unacceptable: “The polluter is being paid,” said EEB’s policy manager for industrial production, Christian Schaible.

The reason for these subsidies is the EU Commission’s so-called “Research Fund for Coal and Steel” (RFCS). EURACTIV previously reported that the fund invests around €40 million per year into coal research projects.

The RFCS was established in 1994 by coal and steel companies under the then European Coal and Steel Community (ECSC). Once the ECSC came to an end, the fund was transferred to the new European Commission for administration. Until today, the EU Commission has been allocating money from the fund to projects each year.

The allocation of funds is decided on by a group of experts from the Commission and representatives of EU member states.

Also involved is the Coal Advisory Group (CAG), which consists of 17 members, most of them representatives of large enterprises like the energy company RWE.

For Anton Lazarus, EEB’s communication manager, one thing is sure: “There is a clear conflict of conscience. It just doesn’t look good when the advisory group is debating on how to distribute the funds.” 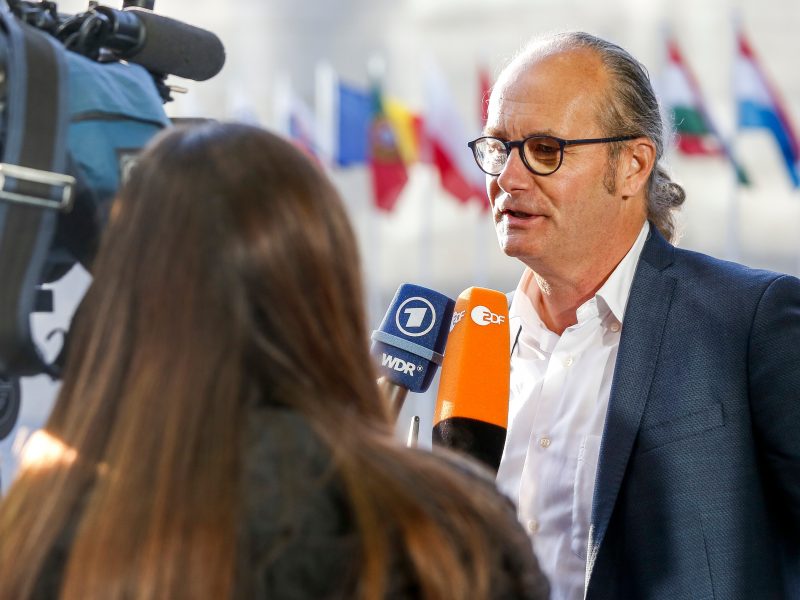