Twenty-five of the EU’s 27 member countries have been told to boost provisions for building renovation in their national energy and climate plans in order to meet the bloc’s elusive efficiency targets.

A review of the plans, published by the European Commission on Wednesday (14 October), showed that 15 countries ranked “low” or “very low” in their energy efficiency policies.

“Energy efficiency in buildings is one of the crucial topics” in Europe’s drive to cut emissions down to net-zero by 2050, said Tim McPhie, the Commission’s spokesperson for climate action and energy.

“36% of our greenhouse gas emissions come from buildings and 40% of our energy use, so we’re looking to double the renovation rate by 2030,” he told EURACTIV.

“You would require at least a doubling, if not a tripling of member states’ effort, to increase energy savings” and close the gap, said Stefan Scheuer, secretary general of the Coalition for Energy Savings, an organisation bringing together businesses, cooperatives, local authorities, and civil society organisations.

The impact would be “significant” if the gap is not closed, according to Scheuer. “The risk is that you increase energy costs, which will have an impact on vulnerable people and companies and can cause massive disruption.”

On the bright side, national plans have improved since the first drafts were submitted in 2019. At the time, the Commission found that national commitments to reduce final energy consumption fell short by 6 percentage points on the EU target, a gap which has now narrowed to 3.1 percentage points.

“Many member states have taken on board our recommendations and come with new ideas,” McPhie explained.

However, Scheuer said that, whilst some countries have improved their efficiency policies, most have stayed at the same level while a couple, including Belgium, have slid backwards.

Some EU countries have also been known in the past to inflate efficiency goals by using “accounting tricks”. The Czech Republic, one of the countries with a higher mark on energy efficiency from the Commission, has previously been found to have used past fuel taxes to inflate energy saving numbers.

The first area for improvement is buildings, which currently make up 40% of the EU’s energy consumption. Three quarters of buildings in Europe are energy inefficient by modern standards and are responsible for over a third of energy-related emissions in the EU.

On Wednesday (14 October), the Commission unveiled a building “Renovation Wave Strategy,” saying cash will be made available under the EU’s €750 billion COVID-19 recovery fund to refurbish hospitals, schools, public buildings as well as whole neighbourhoods.

Alongside helping the EU meet its climate target, building renovation will also greatly help people in Europe, the Commission argued.

“We want everyone in Europe to have a home they can light, heat, or cool without breaking the bank or breaking the planet,” said EU climate chief Frans Timmermans.

“If this strategy is rightly implemented, the benefits will be tremendous,” said Monica Frassoni, President of the European Alliance to Save Energy, which brings together European businesses, policy makers, and energy efficiency campaigners.

Scheuer said it’s up to member states to obey regulations, legislate and make financial resources available, saying: “Governments have most of the important tools in their hands to do what’s needed to increase energy efficiency and deliver savings.”

On the corporate side, there is plenty of goodwill too. “This is an ambitious renovation plan,” said Barry Lynham, managing director of Knauf Energy Solutions, one of Europe’s leading performance-based renovation one-stop shops.

“But, if we want a wave rather than a ripple, digital technologies that can measure real energy performance need to be fully leveraged to support the scale needed to deliver the energy transition and the quality expected from society,” he added.

There are still significant barriers in countries, which prevent improvements in energy efficiency. A survey in June found that a “lack of trust” in the energy services industry, combined with the high cost of projects, were hampering growth for companies offering energy performance contracts to municipalities.

Other nagging issues that are hampering renovations include rented properties, where tenants pay the bills, so landlords have no incentive to spend money on upgrading the building.

“So far I would say authorities and governments haven’t taken this seriously enough. The will hasn’t been there,” Scheuer said. 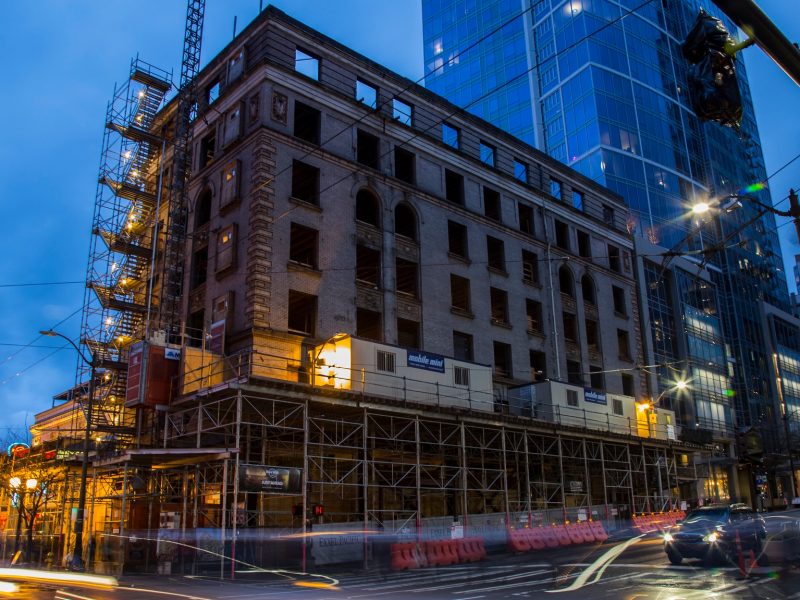