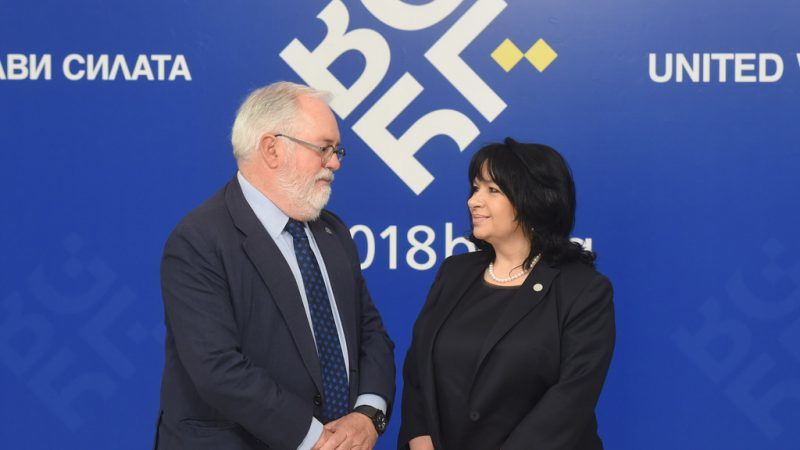 EU Climate Commissioner Miguel Arias Cañete arrives in Sofia on 19 April for what could be a "fundamental" meeting. Pictured with Bulgarian energy minister Temenuzhka Petkova. [EU2018BG]

EU negotiators are set to resume trilateral talks in May but the member states, European Commission and Parliament disagree on an overall target for 2030, as well as an important annual savings mechanism.

That is partly the reason why national ambassadors have convened in Sofia on Thursday (19 April) for an informal energy council. The aim is to reach an agreement that could possibly unlock the talks and pave the way for the file to be closed before the Bulgarian Presidency ends in June.

MEPs spent the best part of last year trying to justify among themselves that a 35% overall target would be feasible. Their final agreement secured that figure as the Parliament’s position but cost the lead rapporteur, Adam Gierek, his job.

But member states are more sceptical and still support a 30% target, although countries like Sweden, France, Luxembourg and Denmark have indicated that they will push for a target that exceeds that.

Today’s informal council could grant the Bulgarian Presidency a mandate to put compromises on the table that go beyond the member states’ current entrenched positions.

Arriving in Sofia this morning, EU climate boss Miguel Arias Cañete told reporters that he expected ministers to “show the political will to go ahead with ambitious policies” and suggested the meeting could “be fundamental in paving the way for a final agreement under the Bulgarian Presidency”.

A new study by the European Council for an Energy Efficient Economy (ECEEE) has cast doubt on the way in which the Commission initially came up with its binding target of 30% as part of the Clean Energy Package, claiming that the calculation method was flawed.

In order to assess a target’s cost-effectiveness, a discount rate has to be used. The ECEEE study claims that the discount rate used by the EU executive was too high, as it was 10% compared to a member state average of 5.7% for buildings.

The study added that if the member state average had been used by the Commission then costs would have been lower and negotiators could have been freer to push for even higher targets and annual savings.

Contacted by EURACTIV, a Commission spokesperson acknowledged that there is a debate going on about the “level and role of discount rates” and explained that its energy analysts “keep this issue under review”.

Although not commenting directly on the ECEEE study, the EU executive insisted that “the approach the Commission currently follows is robust and analytically sound”.

The Institutional Investors Group on Climate Change (IIGCC), a platform that is worth €21 trillion, called on member states to get on board with the Parliament’s 35% proposal, based on their belief that the Commission assumed “unrealistically high investment costs”.

In a letter to ambassadors, IIGCC said the debate lacked a “more realistic, nuanced cost and benefit analysis” and urged negotiators to ensure the final agreement is binding and non-adjustable. The investors also called for a renewable energy target of at least 30%, talks on which are also ongoing. 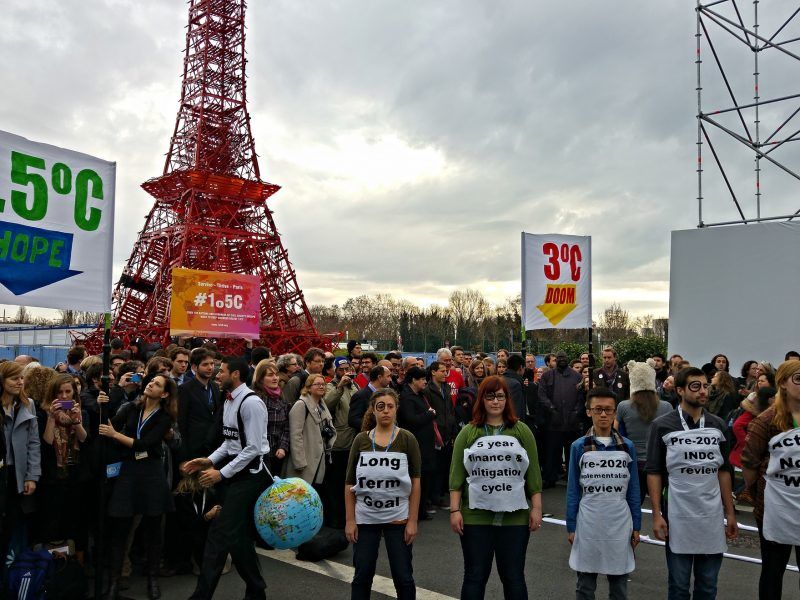 The Paris Climate Agreement’s entry into force has clearly not yet spurred policymakers to charge toward the goal of limiting climate change to “well below 2°C” and targeting 1.5°C, warn Dr Jan Rosenow and Stefan Scheuer. Energy efficiency remains the key to success.