EU energy roadmap for 2050 seen as a ‘missed opportunity’ 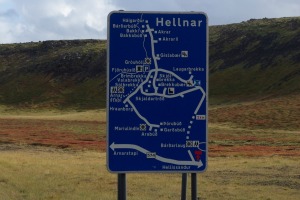 That message was reinforced by the chief executive of DONG Energy, Anders Eldrup, who welcomed the roadmap's vision but complained that "it leaves a policy gap between 2020 and 2050."

"Firm 2030 renewables targets and a solid 2030 policy framework are imperative to unlock the much needed private investments that can ensure a market-driven decarbonisation and a cost efficient production of clean and reliable energy," he said.

A statement by the energy commissioner, Günther Oettinger, at the roadmap's press launch in which he called for "an interesting discussion on binding targets for renewables by 2030" surprised many.

"This should begin now and lead to a decision in two years' time," Oettinger said.

“The roadmap could have pointed the way to a binding renewable energy target more clearly," Julian Scola, a spokesman for the European Wind Energy Association told EURACTIV.

But he added that Oettinger had given "a clear signal to the European Parliament and Council to ask for a binding target” within two years.

Rather than weigh targets and policy options, the roadmap instead mulls the potential merits of five ‘decarbonisation scenarios’ on the way to 2050, namely:

The scenarios show that “decarbonisation is possible and can be less costly than current policies in the long run,” the roadmap says. It foresees substantial rises in renewable energy, an increasing role for electricity, and substantial cost savings after 2030.

But in the period between 2011 and 2050, it notes that cumulative grid investments alone would amount to between €1.5 trillion to €2.2 trillion.

While broadly welcoming the roadmap, Arne Mogren of the EU’s ad-hoc expert advisory group and author of a consultation document used in drawing up the Roadmap, told EURACTIV that it had been a mistake to separate the Renewables and High Energy Efficiency scenarios.

“In reality you will have to do both in combination,” he said. “That’s what we need because there will never be an ‘either-or’ choice. If you combine those two scenarios, you will perhaps be able to decarbonise earlier.”

Many of the ad hoc group’s recommendations were ignored in the final report – most notably, advice that the EU provide interim targets for carbon reduction in 2030.

The perceived prominence given to nuclear power in the EU’s document also raised hackles in some quarters, as the highest nuclear share of the energy mix noted in the roadmap’s various scenarios by 2050 is 18%.

The roadmap says that "as a large scale low-carbon option, nuclear energy will remain in the EU power generation mix" and that it will “be needed to provide a significant contribution in the energy transformation process” in states that currently have nuclear reactors.

But REN21's Lins noted that countries such as Germany, Italy and Switzerland had recently moved to abandon it.

Perhaps the most important short-term energy source identified by the European Commission in the roadmap is natural gas.

“Gas will be critical for the transformation of the energy system,” the roadmap states, foreseeing a role for it as either a “low-carbon technology” – should CCS be applied to it from 2030 onwards – or as a “flexible back-up and balancing capacity”.

Environmentalists believe that planning for the widespread use of gas without the use of CCS after 2030 could imperil ambitions to keep global warming below 2 degrees Celcius.

But François-Régis Mouton, chairman of the Gas Naturally initiative, welcomed the Commission’s emphasis on gas and said that the EU executive itself had recognised that its scenarios for gas might be “too conservative”.

“The success of renewables without gas is hard to imagine and if Europe is serious about significantly cutting CO2 emissions today, replacing higher carbon fuels with gas is the cheapest and fastest way to achieve this,” he told EURACTIV.

The European Climate Foundation welcomed the roadmap for the “extensive analytic work” which underpinned it. It would “give much-needed certainty to a sector for which long-term planning is crucial,” a statement by the group said. “It strengthens the key conclusion from the European Commission’s earlier communication of March this year, A roadmap for moving to a competitive low-carbon economy in 2050, on the need for member states to agree on adequate mid-term greenhouse gas mitigation targets.”

“The ECF strongly encourages the EC to initiate a dialogue with the member states,” the group’s statement says, “in order to drive the conclusions contained in the document into concrete and framework for 2030 to drive critical investments.”

Erica Hope, a policy advisor for Climate Action Network, put her emphasis slightly differently. “The absence of a scenario which combines high efficiency and high renewables is a striking omission,” she told EURACTIV. “We also find it bizarre that not a single one of the scenarios assumes the 2020 target to cut energy use will be achieved - despite the Commission's insistence that energy saving is a top priority. The modelling has ignored the fact that solutions to meet this target readily exist - and with a strong Energy Efficiency Directive they can be rolled out across the EU, bringing huge benefits to in terms of lower bills, jobs, improved energy security and lower greenhouse gas emissions.”

Lars Christian Hansen, the European president of Novozymes, a biotechnology group, welcomed the roadmap but echoed Hope’s call for more action on the 2030 horizon. “The Roadmap should be more specific,” he said. “We clearly need binding targets by 2030 for renewables including for sustainable advanced biofuels as an initial step towards meeting the 2050 objectives.”

“Biofuels are a key carbon mitigation technology and can expand in a sustainable way to reach 27% of the transport energy mix by 2050, according to the International Energy Agency. For this to happen, policy-makers have to adopt a series of measures ranging from stable long-term policy frameworks, support mechanisms for advanced biofuels, to the implementation of stringent sustainability criteria.”

The Green group was perhaps the most scathing about the roadmap. The party’s co-president Rebecca Harms said: “This roadmap fails to plot the path for a secure, safe and sustainable energy future in Europe. The roadmap is characterised by flawed cost assumptions and overly-pessimistic projections on the potential contribution of energy saving and renewable energy, whilst overstating the role of nuclear energy and carbon capture and storage technologies. The paper represents a political choice by Energy Commissioner Oettinger to talk up the potential of nuclear power, in spite of the ever growing public and political opposition, and regardless of what is in the best interest of the EU.”

MEP Claude Turmes (Luxembourg), the Greens energy spokesperson, said:: “If the EU is to meet its energy security goals and deliver on its commitment to limit the increase in global temperatures to below 2 degrees, which implies emissions reductions of up to 95% by 2050, it must rapidly shift to a high-efficiency, renewable energy-based economy. 2030 is the next crucial energy milestone for Europe after 2020. With this in mind, and based on the success of the EU's current 2020 binding renewables target for promoting the uptake of renewable energy, the Commission should be working for an ambitious binding 2030 renewable energy target. Regrettably, the roadmap fails to do so.”

But Kjetil Tungland, managing director of the Trans-Adriatic Pipeline, was encouraged by what he said was the Commission’s endorsement of natural gas as an essential element in the EU’s energy mix. "The Trans-Adriatic Pipeline is convinced that natural gas – the cleanest of all fossil fuels – will contribute towards reducing carbon emissions,” he said. “Yet, the challenges of gas supply diversification and energy security are still to be tackled. Opening the Southern Gas Corridor and tapping into the abundant resources in the Caspian basin are utmost priorities for the European energy market. Given available gas volumes in Azerbaijan, commercial requirements and deliverability, TAP remains the most realistic transportation solution on the table.’

For Greenpeace, EU energy policy director Frauke Thies said: “The roadmap shows that getting clean energy from renewables will cost taxpayers no more than getting dirty and dangerous energy from coal or nuclear power. The Commission will be tempted to overplay the role of coal and nuclear energy to appease the likes of Poland and France, but the numbers in the roadmap are unequivocal. It proves that a modern energy system can’t do without renewables and efficiency, but can easily consign coal and nuclear power to the past.