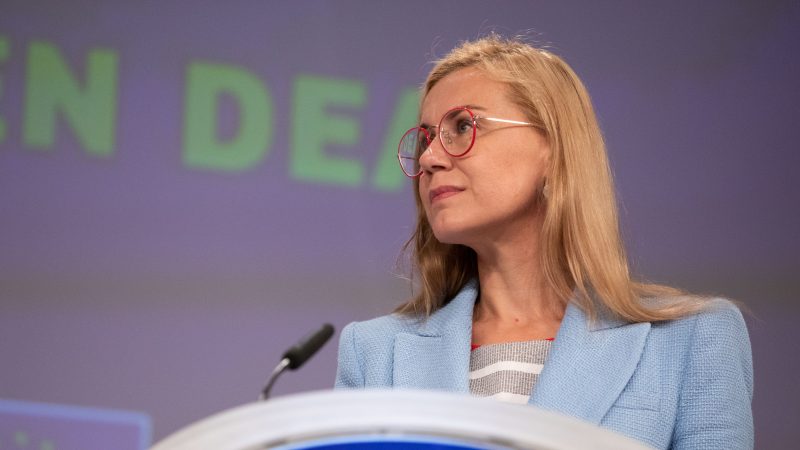 "There are sectors where direct electrification is not the solution, where we need other alternatives, and hydrogen is the obvious alternative," said energy commissioner Kadri Simson [EC - Audiovisual Service]

As part of its ‘Fit for 55’ package of climate legislation, named after the 55% greenhouse gas emissions reduction it aims to achieve by 2030, the European Commission put forward several ways of boosting the use of renewable hydrogen.

“Hydrogen must provide an alternative to fossil fuels, so today we are proposing a definition for renewable hydrogen, which makes it possible to have a viable certification system,” said energy commissioner Kadri Simson at a press conference on Wednesday (14 July).

As part of the plans, the European Commission proposed a 50% target for “renewable fuels of non-biological origins” – essentially green hydrogen – in the share of hydrogen fuels used in European industry by 2030, whether as a feedstock or in final energy consumption.

That is “a true game-changer,” according to the Renewable Hydrogen Coalition, an industry group bringing together electricity companies such as Enel, Iberdrola and Orsted as well as wind industry giants like Vestas and Siemens Gamesa.

“Such a target can clearly help boost the share of renewable hydrogen in the European hydrogen market – currently 96% fossil-gas based – and drive its cost down, making it competitive with fossil-based alternatives,” said François Paquet from the coalition.

However, reaching the EU’s 2030 climate goal will require a significant build-up in the production of renewable electricity, which is needed to feed the electrolysers generating green hydrogen, Paquet said.

And incentives will be needed to enable the use of green hydrogen in heavy industry and in long distance transport, the industry said.

The package indeed contained other objectives, like a 2.6% target for “renewable fuels of non-biological origin” used in transport, and more refuelling stations for hydrogen vehicles.

Those were welcomed by industry body Hydrogen Europe, which said the new objectives will give a significant boost to the EU’s nascent hydrogen economy.

“By putting targets on the use of hydrogen in industry and transport, the EU stands a real chance to achieve climate objectives, create thousands of jobs and protect its industry,” said Jorgo Chatzimarkakis, secretary general of Hydrogen Europe.

But setting targets is not enough to enable a switch to renewable hydrogen, Paquet warned.

“Any target must be accompanied by dedicated support instruments towards renewable hydrogen to make it an economically feasible option and keep them competitive,” he said.

That includes reducing taxation rates for renewable electricity and supporting so-called carbon contracts for difference – or state aid agreements where governments close the gap between the carbon price on the EU market and the CO2 price that would be needed to make green hydrogen competitive. 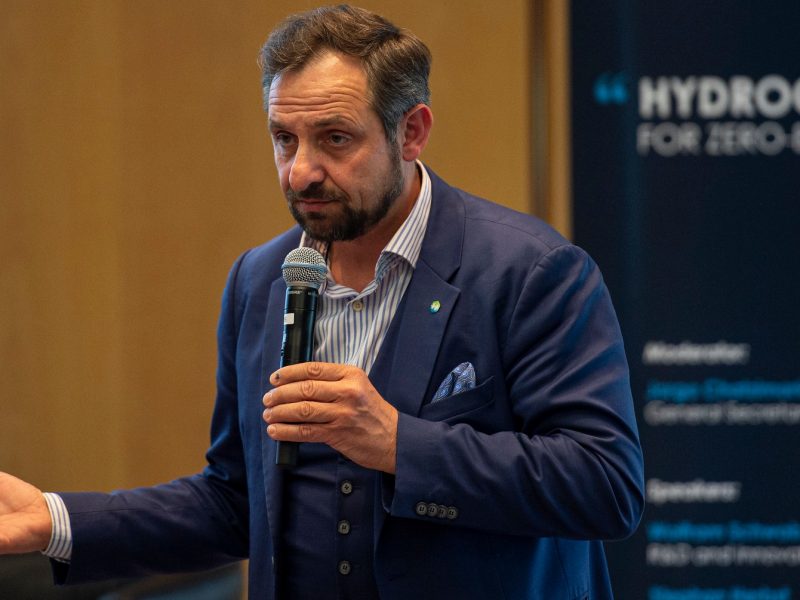 However, not everyone was pleased with the Commission’s plan.

Transport and Environment, a green mobility NGO, has warned that the focus on hydrogen risks promoting their use in the automotive sector, where electrification is more efficient.

And Global Witness, another environmental NGO, expressed concern that the European Commission had undermined climate ambition by promoting “low-carbon” hydrogen in parts of its ‘Fits for 55’ package.

“It would have been absurd to allow fossil fuels to be labelled as ‘renewable energy’,” Global Witness said, hailing the Commission’s decision to exclude ‘low-carbon’ hydrogen from the renewable energy directive.

“What the Commission took away from industry with one hand it gave back with the other. This has resulted in a contradictory hydrogen policy that will only be further exploited by fierce lobbying from the gas industry,” said Tara Conolly, senior gas campaigner at Global Witness.

The European Commission made it clear though that both renewable and low-carbon hydrogen will be needed in order to grow the hydrogen market in the coming years.

“There are sectors where direct electrification is not the solution, where we need other alternatives, and hydrogen is the obvious alternative. That’s why we will promote hydrogen production here in Europe and also uptake in different sectors, mainly in industry and transport,” Simson said.

To achieve our 2030 targets, “we will need also low-carbon hydrogen, not only renewables,” she added.