The European Parliament voted on a resolution last year urging to end the “catastrophic effects” of palm oil in producer countries like Indonesia, where it creates deforestation. [Wrote / Flickr]

Parliament is heading towards “a clear statement that use of palm oil should go to zero by 2021”, said Bas Eickhout, a Green lawmaker in the European Parliament.

“Every proposal that I’ve seen coming from all the major political groups is going in that direction,” said the Dutch MEP, who was briefing journalists on Tuesday (9 January) ahead of a plenary vote on the renewable energy directive expected next week in Parliament.

“So it seems that the political issue of palm oil will get a clear majority in this House,” Eickhout added, saying that debate was “going in a good direction”.

Other political groups confirmed to EURACTIV that a full ban on palm oil was indeed on the cards as part of the vote on the revised renewable energy directive.

“The EPP is willing to accept the provision that palm oil would be 0% by 2021,” said Lars Ole Løcke, spokesperson for the centre-right European People’s Party (EPP), the largest political group in the European Parliament.

“Regarding palm oil, we also support the complete ban by 2021,” said a source from the Socialists and Democrats (S&D), the second biggest Parliament group, which is meeting on Wednesday (10 January) to fine-tune its position ahead of the plenary vote next week.

If confirmed, the ban would be a victory for environmentalists who have warned against the damage caused by palm oil for years. An EU-funded study, published in 2016 after much delay, found that biodiesel produced from palm oil was three times more polluting than traditional diesel.

In reaction, MEPs voted on a resolution  last year, urging the European Commission to phase-out the use of vegetable oils in biofuels by 2020. They also called for a single certification scheme to guarantee only sustainably produced palm oil enters the EU market.

The proposed ban on palm oil still faces hurdles however, starting with a political agreement from the 28 EU member states, which will be required to finalise the adoption of the revised renewable energy directive.

Some countries like France are known to be in favour of a ban and have already taken steps to restrict palm oil in biofuels production.

A final hurdle could come in the form of a legal challenge at the WTO from producer countries such as Malaysia and Indonesia, which together account for around 85% of global output and have joined forces to campaign against a phase out of palm oil at European level.

But for now, the goal is to “get a political adoption” in the European Parliament first and “then make sure it’s legally tight,” said Eickhout, adding that the Greens had “ideas for that”.

The campaign to ban palm oil in transport fuels was also given a helping hand by European ethanol producers, who have called on EU policymakers to differentiate biofuels according to their greenhouse gas emissions and sustainability credentials.

Ethanol emits as much as 64% less greenhouse gas than fossil fuels and is sourced almost 100% locally, according to ePURE, the European ethanol industry association. Crucially, ethanol “is not responsible for any of the concerns associated with palm oil cultivation,” said ePURE Secretary General Emmanuel Desplechin.

“The Parliament needs to send a clear message that not all biofuels are created equal,” Desplechin told EURACTIV. “It is time for the European Parliament to put into law the resolution on palm oil it adopted last spring and stop promoting the use of palm oil and derivatives in biofuels.”

Instead of phasing out all crop-based biofuels, Desplechin said Europe should aim to get rid of those biofuels that drive deforestation, like palm oil, and support locally-produced biofuels like ethanol, which he said are produced sustainably and do not conflict with food crops.

There are still concerns however that the EU’s bioenergy policy might lead to deforestation – especially when it comes to “solid biomass” that is sometimes burned to generate electricity.

The European Commission did come up with sustainability criteria for biomass but Eickhout warned these were too weak to make a difference. This, he said, includes imports of wood pellets from Canada and the US, which are produced from round trees and are shipped to Europe for burning in power plants.

“Using wood waste and residues is a helpful way to reduce CO2 by replacing fossil fuels without much reduction in the carbon storage capacity of forests,” said Jean-Pascal van Ypersele, a climate scientist who was vice-chair of the United Nation’s Intergovernmental Panel on Climate Change (IPCC) in 2008-2015.

But he warned that burning whole trees to produce energy is counter-productive because it releases carbon dioxide into the atmosphere rather than keeping the CO2 stored.

Van Ypersele was among the signatories of a letter by over 600 scientists who urged MEPs to “amend the present directive to avoid expansive harm to the world’s forests and the acceleration of climate change”. The renowned Belgian academic was part of a delegation of climate scientists who met with officials in Brussels on Tuesday (9 January).

“Even if forests are allowed to regrow, using wood deliberately harvested for burning will increase carbon in the atmosphere and warming for decades to centuries – as many studies have shown – even when wood replaces coal, oil or natural gas,” the scientists wrote in the letter.

“In a way, we say ‘don’t use whole trees’,” Eickhout said, describing the Green’s proposal to strengthen the EU’s draft sustainability criteria for biomass. Under the proposed criteria, producers will be required to show they did not use whole trees for producing pellets so that it can be counted as renewable energy under the new directive, explained the Dutch lawmaker.

“It’s a very simple proposal. We really looked at the simplest way of defining sustainability criteria so that they do make a change.”

“It’s very important for us that scientists come up with that message: ‘Don’t-burn-trees’”. 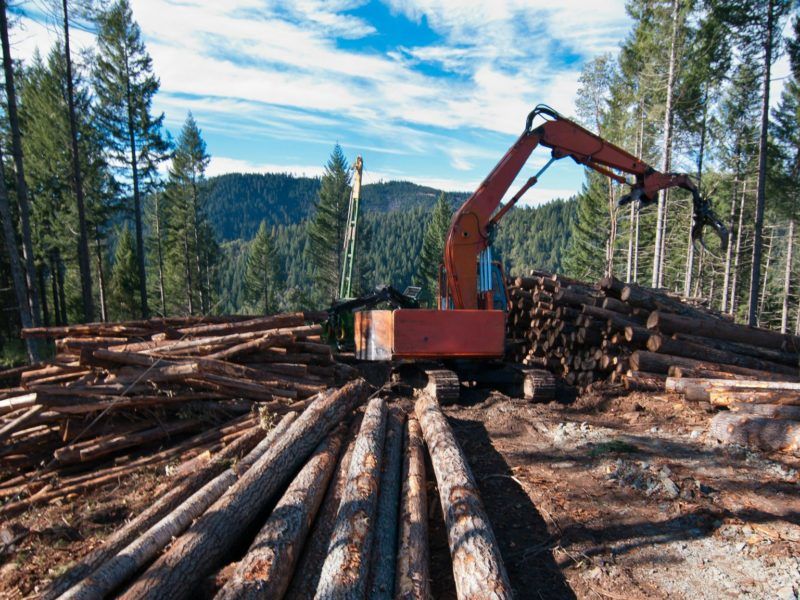