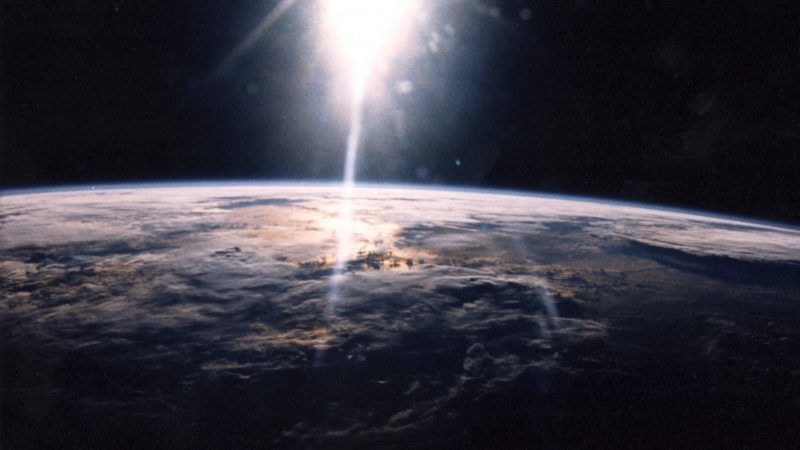 The mid-century roadmap had been expected for many months but the Commission appeared to hesitate amid speculation over the deadline. [NASA on The Commons / Flickr]

“The European Council invites the Commission to present by the first quarter of 2019 a proposal for a Strategy for long-term EU greenhouse gas emissions reduction in accordance with the Paris Agreement, taking into account the national plans,” read the EU summit conclusions, adopted in Brussels yesterday (22 March).

The mid-century roadmap had been expected for months but the Commission appeared to hesitate amid speculation over the deadline. The Paris Agreement calls on signatories to come up with long-term decarbonisation strategies to balance emissions and removals of greenhouse gases “in the second half of this century”.

But legal experts disagreed over the deadline, with some putting it at 1 January 2020 and others saying it is 31 December 2020. At the European Commission, senior officials preferred leaving the decision to the next EU executive that will replace the Juncker Commission in Autumn next year, after the May 2019 European elections.

Miguel Arias Cañete, the EU’s Climate Action commissioner, was certainly not one of them. Taking to Twitter, the Spanish commissioner welcomed the call from EU leaders, saying there is “no time to lose” and that the Commission “will deliver”.

Jonathan Gaventa, director of the Brussels office of climate and energy think tank E3G, argued that clarification on timing was long overdue.

“It’s hard to succeed on the climate transition unless you know where you’re going,” Gaventa said on Twitter. “A good long-term strategy will expose the choices that Europe faces. How quickly do we need to transform our infrastructure, our buildings, our industries? What signals do investors need?”

But he also warned that time was short, saying the first quarter of 2019 was around the corner. “This is the right moment to kick off conversations across sectors and across geographies about how to get from here to a net zero economy by the middle of the century,” Gaventa said.

This is a democratic exercise, not just a technical one. The timing here matters: producing a strategy ahead of the European elections is important for building a mandate for what comes next.

The EU’s existing 2050 low-carbon economy roadmap was drafted by the Commission in 2011. It charted a path towards a reduction of at least 80% in the bloc’s emissions by mid-century, in line with the EU’s international commitments.

But it now needs to be updated, in light of the Paris Agreement, which calls for global greenhouse gas emissions to peak “as soon as possible” with a view to reaching carbon neutrality “in the second half of this century”.

EU sources told EURACTIV in September that the EU executive was preparing to launch a public consultation with a view to updating its low-carbon economy roadmap in 2018, saying that “meeting the Paris goal of keeping climate change well below 2°C – and aiming for no more than 1.5°C – requires bold action, including reaching climate neutrality this century.”

The Commission was not alone in dragging its feet. Member states have also been reluctant to adopt a long-term plan for greenhouse gas reduction in ongoing negotiations over the Energy Union Governance regulation.

“Council conclusions are not enough,” said Quentin Genard, a senior policy advisor at E3G. “The Energy Union Governance regulation is being negotiated and should provide a clear framework for long-term planning at European and national level aligned with the goals of the Paris Agreement.”

“They are the basis on which policy-makers, investors and businesses can identify the major choices that the EU needs to make to phase out fossil fuels, to plan its infrastructure and to roll-out low-carbon technologies.”