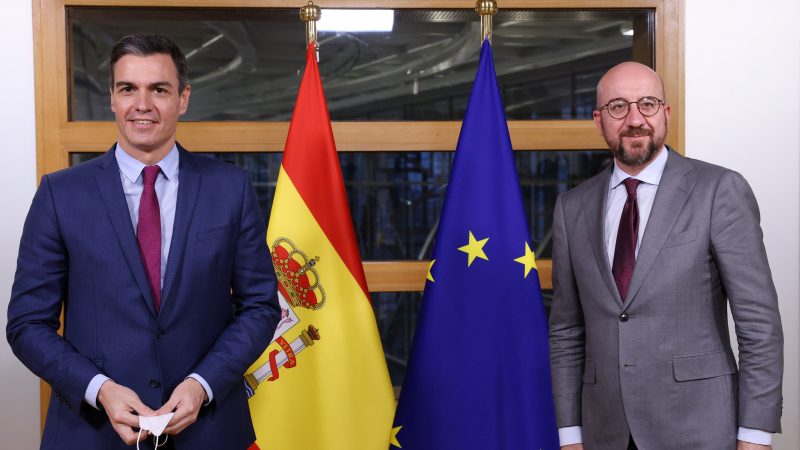 Spain has been pushing for reform of the energy market in light of the price crunch, but it is yet to persuade other countries, like Germany [European Union]

At the insistence of Spain and other southern countries, EU leaders will instruct officials to look into the contagion effect of gas prices on electricity markets, according to draft summit conclusions seen by EURACTIV.

The EU’s 27 heads of state and government are meeting in Brussels on Thursday and Friday to discuss Russia’s invasion of Ukraine, further sanctions on Moscow and ways to solve the ongoing energy crisis.

“Sustained high energy prices have an increasingly negative impact on citizens and businesses, which is further compounded by the Russian military aggression against Ukraine,” reads draft conclusions from the EU leaders’ meeting, due to be adopted on Friday (25 March).

Energy prices are at historic highs in Europe and are a concern for countries like Spain, which has seen mass protests and strikes in reaction to soaring fuel prices.

In a letter to the European Commission last month, Madrid called on the EU executive to adopt “structural solutions” to break the linkage between electricity prices and the soaring cost of gas, which is fuelled by Russian aggression in Ukraine.

France, which currently holds the six-month rotating EU Council presidency, has also called for reform, saying it is “absurd” that the price of electricity is determined by fossil fuels like gas, which are not used for power generation in France.

Draft conclusions from the meeting, seen by EURACTIV, take those concerns on board.

The Council should “address the contagion effect of gas prices in electricity markets” and examine “in more detail and as a matter of urgency” the short-term options presented by the European Commission to alleviate the price crunch, the draft summit conclusions say.

The draft text also invites the European Commission “to take any necessary initiatives”, but only after a final report on the matter is presented in April by ACER, the Agency for the Cooperation of Energy Regulators. 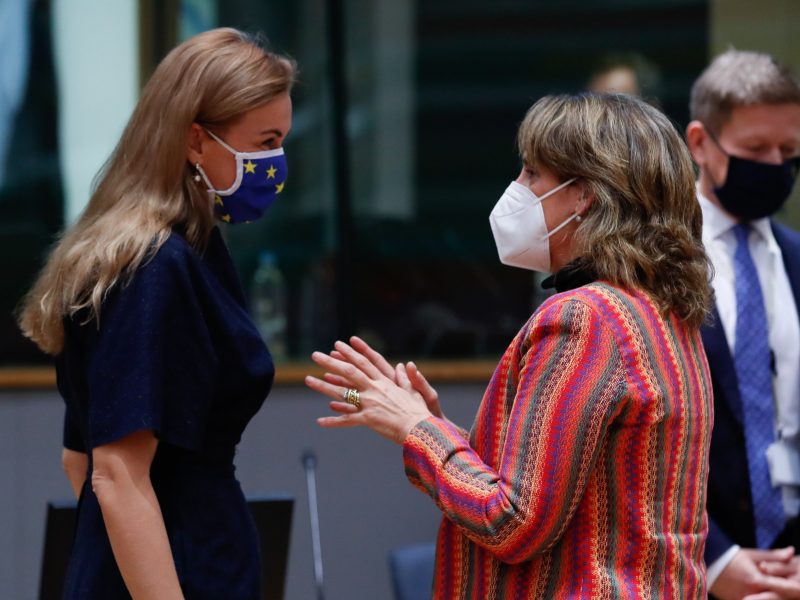 Southern EU countries have piled pressure on the European Commission to address the contagion of high gas prices on the electricity market.

On Friday, the prime ministers of Italy, Spain, Portugal and Greece met for a ‘Mediterranean summit’ to agree on reforms to Europe’s energy market and how to tackle high energy prices, official sources told EURACTIV’s partner EFE.

Francesco Giavazzi, a senior economic adviser to the Italian government, said Rome had already gathered some consensus over the proposed price cap and hoped to get Germany’s backing.

“We have Portugal, France and Spain. We need to get Germany,” Giavazzi told Bloomberg Italy Capital Market Forum.

The Spanish government also approached other EU capitals with the idea of capping energy prices.

But others are not convinced. “Germany will oppose capping the price of electricity,” a senior government official said ahead of the summit. “The current market took 20 years to build and Germany deems it crucial to the green transition,” he added. 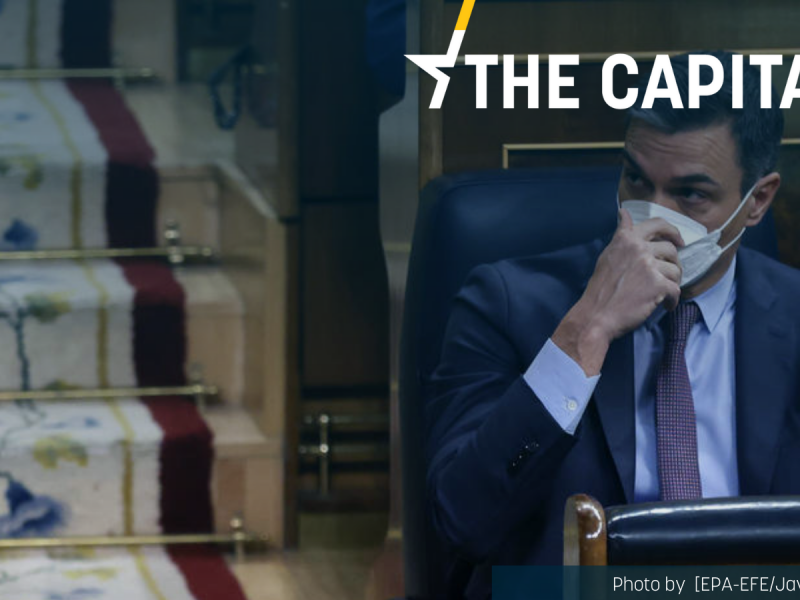 On Wednesday (23 March), the European Commission presented a communication on Europe’s energy security and options to tackle high energy prices.

However, it warned that “there is no single easy answer to tackle the high electricity prices given the diversity of situations among member states”.

The document includes several options for tackling high energy prices, but the European Commission warns that each has pros and cons.

One solution would be to introduce vouchers or tax rebates for EU consumers. According to the Commission, under the current circumstances, EU countries can regulate retail prices for all households and small businesses. They could also use an “aggregator model”, where the government purchases electricity and makes it available to certain consumers at lower prices.

These measures are targeted and flexible but risk limiting competition on retail markets and increasing Europe’s fossil fuel use and dependence on Russia, says the EU executive.

Compensating energy producers is also an option. However, this could reduce costs for consumers but could impact the electricity market and hinder efforts to reduce fossil fuels, the EU executive warns.

Price caps are another potential solution but would require financial compensation to cover the difference between the market price and the cap. While it would lower retail prices, it could be pricey and distort the market, an EU official said.

The main concern with such a cap is that it could jeopardise Europe’s security of supply. For instance, a too low cap on gas prices would make it challenging to attract supply to Europe, particularly from the highly competitive LNG market, the official explained.

“It would also open the question of how would we impose such a price cap on those that supply our gas because we import a large part of our gas,” warned a senior EU official.

Remunerating suppliers will also create problems if their costs are higher than the average. They would either need to be subsidised or pushed out of the market.

“In that world, where we have looked at the market design, marginal pricing is the most efficient and the most reliable,” the official explained, saying it “ensures also security of supply and an alternative we haven’t seen. But we are open to analyse and assess if better options are put on the table,” the official added.

There are also options to tax windfall profits made by electricity companies – a measure adopted by Spain. “Temporary taxation of windfall profits can be a useful source of financing,” the draft summit conclusions say.

But before any structural changes are made to the bloc’s electricity market, EU countries will have to wait for further analysis from the ACER final report. “Then the Commission will present its views based on that and any other input by the end of May,” the senior EU official said. 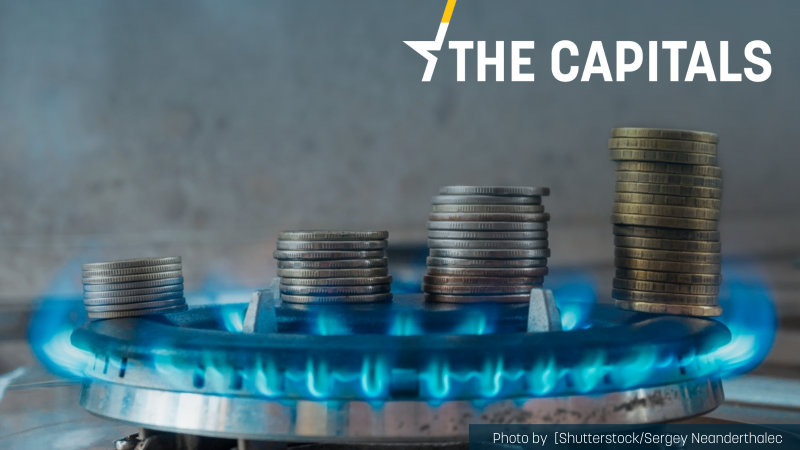 As EU leaders pack their bags and head to Brussels for Thursday’s European Council meeting, opposition parties and industry leaders are piling on the pressure to come up with solutions to the energy price crisis.

With the war in Ukraine continuing, …