EU on track so far with green energy goals, 2030 a challenge 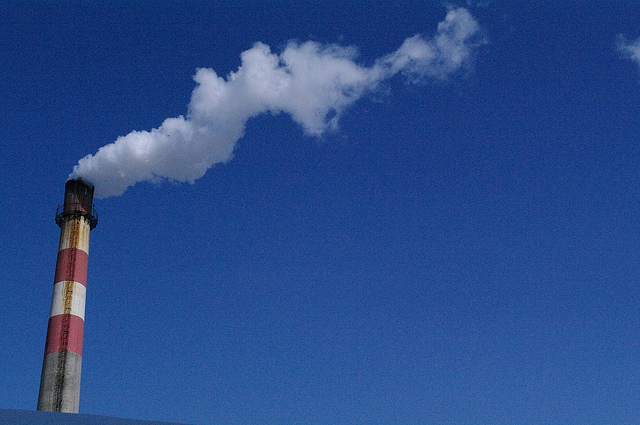 The EU is on track to hit its 2020 greenhouse gas emissions targets. [Mohri UN-CECAR/Flickr]

EU member states have work to do to meet new green energy goals agreed last week, as increased fossil fuel burning last year drove up pollution in some countries, although the bloc is on track to meet its earlier targets, official data showed on Tuesday (28 October).

The figures from the European Environment Agency (EEA) showed the European Union’s overall emissions fell by 1.8% in 2013 versus 2012, meaning it has already met a 2020 goal to cut pollution by 20% versus 1990.

In 2013, the continued decline coincided with a slight rise in economic activity, countering arguments from some in business that the EU’s green goals are at odds with expansion and that economic collapse was the biggest cause of lower emissions.

However, German emissions rose by 1.2% as more fossil fuel was used for heating.

Denmark also emitted 3.1% more greenhouse gases year-on-year, as a fall in imports from the Nordic power market drove it to use more coal, while Estonia’s emissions leapt by 10% because of coal-burning, and an increase in the amount of energy it exported generated from oil shale, the EEA said.

Hans Bruyninckx, EEA executive Director, said in a statement there was no room for complacency, but noted overall energy consumption had fallen and renewable fuel use had risen, reaching 14% of consumption in 2013, aiding the cut in greenhouse gas emissions.

“Europe is on track towards its 2020 targets. Even against the backdrop of economic recession in recent years, we can see that policies and measures are working and have played a key role in reaching this interim result,” Bruyninckx said.

For 2020, the European Union has three goals: to cut emissions, increase the use of green sources such as wind and solar and cut energy use, all by 20%.

At talks on Thursday and Friday, the European Union agreed in outline a new set of 2030 goals.

They include cutting greenhouse gas by at least 40% versus 1990, and the reduction must be achieved at home.

For the 2020 target, the 28 member states are able to use international offsets, which allows them to meet part of the 2020 goal by buying permits so pollution reductions can be achieved elsewhere.

Apart from the emissions cut, the other 2030 goals are to increase green energy to at least 27% of fuel used and to achieve energy savings of at least 27% versus a projected level of “business as usual”.

Tuesday’s data is provisional and will be finalised in May when the EEA, set up to provide figures and scientific guidance for EU policymakers, submits the information to the United Nations as part of the Kyoto process on tackling climate change.

0 responses to “EU on track so far with green energy goals, 2030 a challenge”