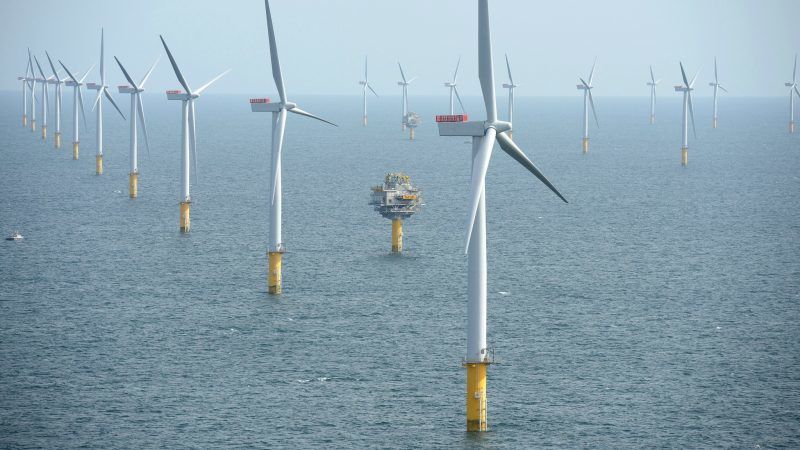 Offshore wind is quickly becoming a mainstream energy source for nations, with installation costs tumbling at record rates, according to the latest industry statistics. [Statkraft / Flickr]

The EU’s 2030 renewable energy policy is slowly taking shape after crunch talks wrapped up in Strasbourg on Thursday (31 May), with a final headline objective likely to land in the range of 30-33%, EURACTIV has learned.

Negotiators from the three EU law-making institutions – the European Commission, Parliament and Council – have agreed the outlines of the bloc’s Renewable Energy Directive, part of a wider clean energy package of legislation, which aims to slash the bloc’s emissions by 40% by the end of the next decade.

Talks to finalise the directive are now expected to conclude during a last round of “trilogue” negotiations scheduled for 13 June.

The European Parliament voted in January in favour of raising the share of renewable energy to 35% of the EU’s energy mix by 2030, setting the stage for tense talks with reluctant EU member states, which agreed a target of 27% in December.

Bulgaria, which holds the EU’s six-month rotating presidency, chaired Thursday’s talks and represented the 28 EU member states in the meeting, which took place behind closed doors in Strasbourg, where the European Parliament is holding its monthly plenary sitting.

“Things accelerated during the last hour” before midday, according to a Parliament source close to the negotiations. José Blanco Lopez, the Spanish socialist MEP who leads the Parliament delegation, called a 30-minute pause as the meeting was entering its final hour.

The European Commission left in a separate room to hammer out a compromise proposal with the Bulgarian Presidency, which came back with two options:

Members of the European Parliament expressed stronger interest in the second option, the source explained, arguing that the headline target in the first option was too low compared to MEPs request for a 35% objective.

“It’s the first time that they put a 32-33% figure on the table,” the source said of the 28 EU member states in the Council, expressing optimism about the chances of concluding negotiations on the directive during a final round of “trilogue” talks scheduled for 13 June.

“This triggers a dynamic,” the source continued, saying it’s now up to political group leaders in Parliament to sit down and decide what concessions they are willing to make in exchange for the higher headline target.

The source also warned that reaching a compromise with the Council will require painful compromises from Parliament. This includes accepting the Council’s request for a 14% target for renewables used in transport, an objective that was endorsed by the 28 energy ministers at a December meeting of the Energy Council.

The announcement of the outline deal left renewable energy advocates disappointed about the proposed trade-off, with SolarPower Europe, a trade association, comparing the Council’s offer to political “blackmail”.

Stefano Lambertucci, from trade association Solar Heat Europe, wondered how European countries could achieve higher renewable targets “with less action” to decarbonise the heating and cooling sector, which represents half of the EU’s overall demand for energy.

Environmental activists, meanwhile, were furious. Sebastian Mang, climate and energy policy adviser at Greenpeace, said: “The Council’s proposal is like selling rotten sandwiches; you can either have stale bread or just the mouldy filling. We need the right goals and accelerated action to protect people and the planet from devastating climate change.

“The fact that our governments are proposing to keep one and ditch the other is a devious effort to escape their responsibility to act,” Mang said.