This article is part of our special report Electricity networks: Connecting the dots.

A seamless pan-European energy market is still a long way off but decisive steps can be taken now with stronger regional cooperation and the introduction of cross-border bidding zones for electricity, policymakers and industry experts argue.

The push for renewable energy and electric vehicles is at the heart of the EU’s decarbonisation objectives for 2030, according to Miguel Arias Cañete, the EU’s climate action Commissioner.

“The future is going to be electric,” the Spaniard told delegates at the annual conference of the European Network of Transmission System Operators (ENTSO-E) in Brussels earlier this week (5 December).

“But none of this can be achieved if markets remain fragmented,” he warned.

The development of network codes, which govern how electricity is traded between grid operators, “has been a real driver for market integration” in the power sector, Cañete acknowledged.

However, significant obstacles remain to move beyond the status quo, he added, saying “a clear indicator of this is the insufficient amount of grid capacity that is made available for cross-border trade.”

The European Commission played its part by tabling proposals for a new electricity market design one year ago. For the EU executive, this means gradually getting rid of national subsidies that hamper the establishment of a Europe-wide internal energy market. The proposals, part of a wider Clean Energy package, also included a target for 10% interconnection of power grids in order to allow for more cross-border trade.

But the difficulty of aligning markets and politics was highlighted again on Wednesday (6 December) when EU member state representatives failed to agree a common approach to the Commission’s proposals.

“The main outstanding issues are regulated prices and interconnectors,” said Annikky Lamp, spokesperson for the Estonian Presidency of the EU, which is trying to broker a common approach among the 28 EU member states.

“When it comes to the regulation, the topic of capacity mechanisms (including the 550 gr CO2/kWh limit) remains the most contentious,” she said referring to a proposed CO2 cap on subsidies for new power plants, which rules out their use for polluting coal-fired plants.

The hot potato is now being passed on to the 28 EU energy ministers who will meet on 18 December for a Council meeting that some officials already describe as a “mini energy summit”.

“Tough discussions are expected in the Council, but we feel that there is momentum to take these crucial proposals forward. The EU electricity market has been transformed by digitalisation, renewables and active consumers and we need new rules to fit the new reality,” Lamp argued.

After a thorough debate in Coreper, decided to refer both the electricity market directive and regulation to the Council on 18 Dec for General Approach. Tough discussions expected. Grateful to the Member States for constructive attitude and patience with the heavy workload.

Even assuming the new EU rules are adopted swiftly, it will still take years for Europe’s fragmented power markets to be brought into line. So in the short term, policymakers are focusing their efforts on improving coordination at regional level.

“On the regulatory side, the name of the game is to increase cooperation,” said Krisjanis Karins a US-born Latvian lawmaker, who is the rapporteur in the European Parliament on the proposed electricity market regulation.

These regional centres, he argued, should look into all cross-border aspects of electricity trade, including “capacity mechanisms” whereby countries subsidise gas and coal-fired power plants for remaining on stand-by when there is no sun or wind.

“It is somewhat an idealised world,” Karins admitted, but if there is a level playing field, the market will be best placed to decide on the most suitable form of capacity allocation – whether gas, coal or renewables. Otherwise, national interests will continue to prevail, he warned.

“If we don’t let the market work, we’ll just be a bunch of vested interests, and that won’t work,” Karins warned. 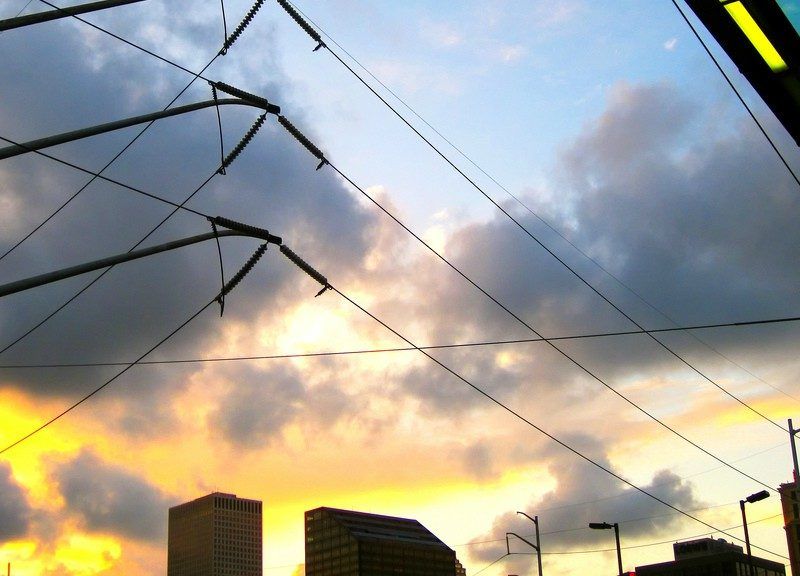 For Kristian Ruby, Secretary General of Eurelectric, the trade association of European power utilities, the EU is only halfway there.

“We have half a market,” Ruby told delegates at the ENTSO-E annual conference. “And that half market is roughly equivalent to the cross-border capacity that is available,” he remarked. “So if we want more market, we need more capacity – that is a must”.

For Ruby, the matter is clear: “Moving towards a full Energy Union requires more coordination at EU level but also at regional level,” he said, backing proposals to set up regional energy forums. “This is something that needs to be accompanied by deepened coordination between TSOs. Only with that are we going to move decisively towards a more European market,” he claimed.

Giles Dickson, the CEO of trade body WindEurope, also strongly backed regional energy forums. “However they should not be used to dilute the responsibilities of individual member states,” he cautioned, urging TSOs and politicians to also involve energy generators in regional coordination efforts.

“We’re really missing a trick here because without the cross-border coordination of capacity mechanisms we risk investing in 80 gigawatts of surplus generation capacity,” Dickson pointed out, saying redundant backup power plants were “the cost of non-coordination” at EU and regional level.

Dickson also stressed that TSOs should not be seen as having sole responsibility for “connecting the dots” between countries, pointing out that “generators are doing that too” by investing in more flexible wind turbines.

Grid expansion is not always the best way of improving cross-border trade, Karins agreed, citing other technologies like battery storage and demand-response, which are becoming cheaper and are expected to decrease the need for building new power cables.

“The bottom line is, we should get the basic rules for the market to function properly,” insisted Ando Leppiman, the deputy secretary general for energy of Estonia, which currently holds the six-month rotating Presidency of the EU Council of Ministers.

And this includes “harmonised capacity mechanisms” and cross-border bidding zones for energy generation, Leppiman added, saying those will maximise regional cross-border cooperation, making the construction of some backup plants unnecessary.

“All good things start in regions – that’s what we say in the TSO world,” summed up Bente Hagem, Chair of the Board at ENTSO-E, praising regional energy forums in the Nordic and Baltic countries.

“But we need to have a structured systematic approach to regional energy forums,” she added, saying she hoped EU member states “will come together and coordinate their energy mix, investments, adequacy and security”.

Improved regional cooperation is precisely what EU lawmakers voted for in a joint session of the European Parliament’s industry and environment committees on Thursday (7 December).

Claude Turmes, a Green MEP from Luxembourg was a co-author of the proposed regulation on the governance of the Energy Union, which received strong cross-party backing at the extraordinary joint Parliamentary session.

Among the main novelties in the resolution is the launch of “macro-regional partnerships” to coordinate energy policies between European countries. Such cooperation already exists, including notably the Baltic Energy Market Interconnection Plan (BEMIP) and the North Seas Countries’ Offshore Grid Initiative (NSCOGI).

But the Parliament resolution goes a step further by proposing to make those regional structures permanent and by giving them a higher political profile with a “meeting at ministerial level at least once per year”.

Turmes said that the establishment of yearly ministerial meetings was the necessary “political component” to push forward the integration of energy markets in Europe.

Whether EU member states will support the idea of structured regional cooperation remains to be seen, however. “Only the Scandinavian countries  are comfortable with this,” said a Parliamentary source.  “Even the French and German are not very enthusiastic,” the source continued, saying it was an issue of sovereignty and freedom for member states to decide on their own energy mix.

Regional cooperation in the #EnergyUnion is a triangle: for TSOs in market design , for NRAs in the ACER regulation and for governments in governance. Upcoming vote in @EP_Industry @EP_Environment should establish macro-regional partnerships @ENTSO_E @Energy4Europe #CleanEnergyEU