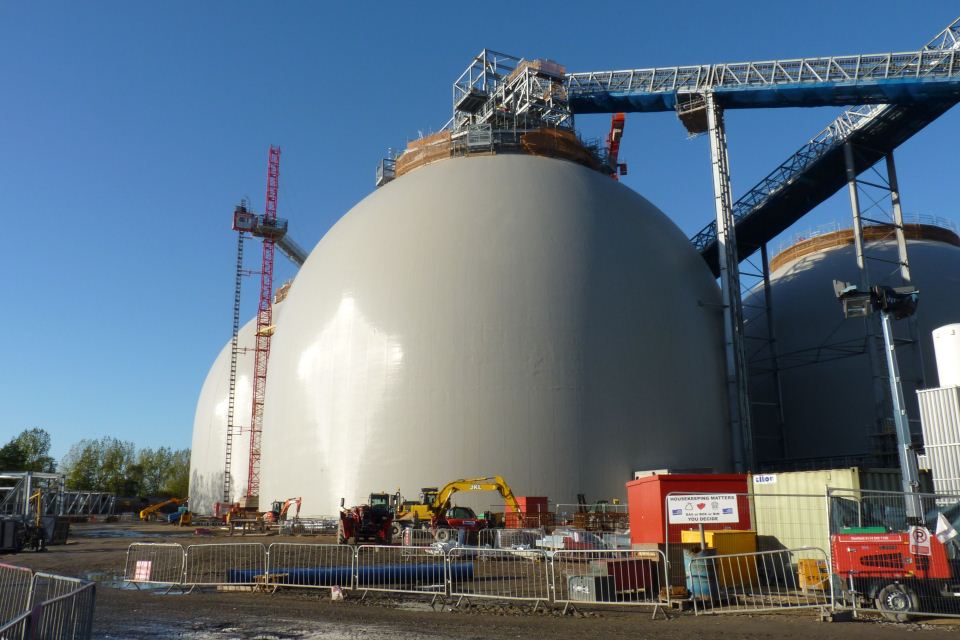 The new biomass domes at the Drax power station in North Yorkshire. [Department of Energy and Climate Change/Flickr]

The EU launched an investigation on Tuesday (5 January) into whether British government aid to convert the giant Drax power station from coal to more environmentally-friendly biomass breaches the bloc’s state aid rules.

The massive Drax complex in northeastern England was opened in the 1970s based on coal, belching out huge amounts of the greenhouse gases blamed for global warming.

The European Commission said it “fully supports member state efforts to increase the use of renewable energy and pursue EU energy and climate objectives”.

“At the same time, EU state aid rules make sure that the cost of such support for consumers is limited and does not give certain operators an unfair advantage over competitors,” it said in a statement.

The investigation will examine whether public funds “are limited to what is necessary” and do not distort the market for biomass fuels, it added.

The Drax group said on its website that the Commission announcement was “in line with expectations” as it proceeded with the conversion of a third generator to biomass fuels.

“Drax welcomes the opportunity to work with the British government and the EU to complete the state aid clearance process,” it said.

The Drax plant, in the county of North Yorkshire, produces 7% to 8% of Britain’s total electricity, according to the company.

Commission state aid investigations are routine across the bloc. If found at fault, member states are required to recover the aid disbursed.