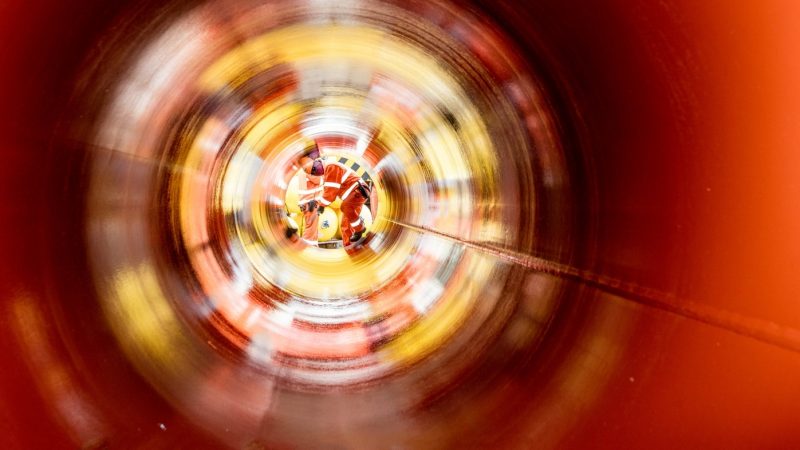 Representatives of the European Commission, the European Parliament and of the 28 member states reached a deal, which will lead to a new law in the coming months. EU countries would then have nine months to transpose into national law.

The aim of the revised EU gas directive is to ensure hat the principles of EU energy legislation apply to all gas pipelines to and from third countries, the Commission said. This includes rules on third-party access, tariff regulation, ownership unbundling and transparency, the EU executive explained.

“Today’s agreement meets this aim,” it said in a statement, adding that the revised gas directive will ensure EU rules “are applied on EU territory (land and sea)”.

We just agreed new rules to ensure that pipelines with third countries comply with EU law – improving the functioning of the EU gas market and strengthening solidarity ?? https://t.co/7OUwt8RIQf #EnergyUnion pic.twitter.com/vqSra8VYuK

“Today, Europe is closing a loophole in the EU legal framework. The new rules ensure that EU law will be applied to pipelines bringing gas to Europe and that everyone interested in selling gas to Europe must respect European energy law,” he said in a statement.

While the new law preserves those key principles, it also creates loopholes for Nord Stream 2, according to Bloomberg news agency. A Franco-German compromise on the updated gas directive denies the regulatory authority in Denmark a decisive say over the project and puts that power primarily in the hands of German regulators, Bloomberg reported.

That means Germany will now be in a position to seek an exemption from EU market-opening requirements as long as it doesn’t hurt competition or supply, Bloomberg said.

Indeed, derogations for existing pipelines – those connected to the EU pipeline network before the law comes into effect – may be obtained by “the member state in which the first entry point of the pipeline is located…provided this derogation is not detrimental to competition in the EU,” the European Parliament said in a statement.

Under the agreed procedure, the Brussels-based EU Commission “will will take the binding decision” on whether to grant the exemption or not. “If the member state’s assessment differs from that of the Commission, it is the Commission’s assessment which prevails,” the Parliament statement said.

Denmark is the last country which still has to complete its national permitting procedure for Nord Stream 2 and was threatening to block the entire project. Sweden and the Baltic States have all granted permission for the planned pipeline, which is already under construction.

Nord Stream 2 has divided the EU, with Polish opposition to the new draft rules stalling discussions since it was proposed by the EU executive in November 2017.

It calls for all import pipelines to meet EU energy market rules by not being directly owned by gas suppliers, applying non-discriminatory tariffs and transparent reporting and allowing at least 10% of capacity to be made available to third parties.

“The European Union’s dependency on imported natural gas is growing,” the Commission said, adding this trend is likely to continue due to falling domestic gas production. For the first time, the Netherlands became a net importer of gas in 2017, reflecting the inexorable decline in production from Europe’s North Sea fields.

Imports represented 74.4% of EU consumption in 2017, with Russia meeting 42% of European demand, followed by Norway (34%) and Algeria (10%). Imports have increased over the last two years, driven by higher consumption, lower prices and falling domestic production, the EU executive said.