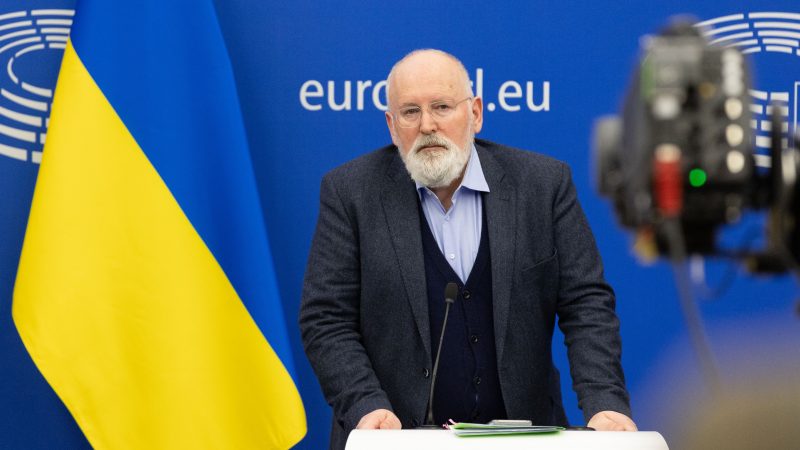 Since Russia invaded Ukraine on 24 February, the EU has faced growing pressure to break away from Russian energy imports, which critics say is helping to fund the Kremlin’s war.

“We must become independent from Russian oil, coal and gas. We simply cannot rely on a supplier who explicitly threatens us. We need to act now to mitigate the impact of rising energy prices, diversify our gas supply for next winter and accelerate the clean energy transition,” said Commission President Ursula von der Leyen.

The plan, called REPowerEU, aims to “eliminate” Europe’s dependence on Russian gas before 2030 and outlines measures to ensure gas storage is filled up to at least 90% for next winter in order to cope with potential supply disruptions.

“With the plan we outline today, the EU can end its dependence on Russian gas and repower Europe,” said EU climate chief Frans Timmermans who presented the proposals in the European Parliament on Tuesday (8 March).

The plan “will seek to diversify gas supplies, speed up the roll-out of renewable gases and replace gas in heating and power generation,” according to the Commission, which says this can reduce Europe’s dependence on Russian gas by two thirds before the end of the year.

“By the end of this year, we can replace 100 bcm, of gas imports from Russia. That is two thirds of what we import from them. This will end our over dependency and give us much needed room to manoeuvre,” Timmermans said.

The proposals will be discussed by EU heads of states and government who are meeting in Versailles tomorrow as part of the French Presidency of the European Union. 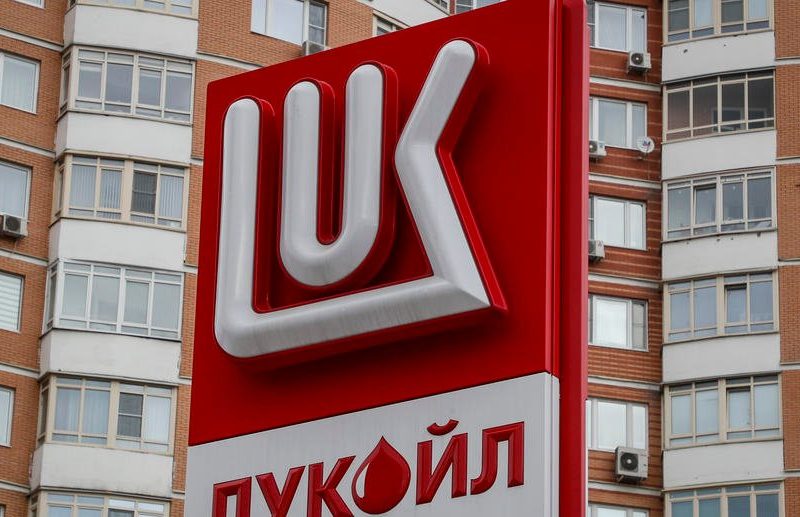 It will build on a root-and-branch overhaul of EU climate policies tabled last year, dubbed ‘Fit for 55’, which aims to reduce the EU’s greenhouse gas emissions by 55% before the end of the decade.

“Fit for 55, once implemented, will reduce the EU’s total gas consumption by 30% by 2030,” Timmermans said. “That is 100 billion cubic metres of gas we will no longer need. Now we will take it to the next step,” he said.

To address skyrocketing energy prices, the EU executive will also look at reforming the bloc’s internal energy markets “to limit the contagion effect of gas prices in electricity prices” for instance by allowing national measures such as temporary price limits.

An ongoing investigation into the gas market will look at concerns about potential distortions of competition by some gas operators, “notably Gazprom,” the EU executive said.

According to Timmermans, “It is abundantly clear that we are too dependent on Russia for our energy needs. It is not a free market if there is a state actor willing to manipulate it. The answer to this concern for our security lies in renewable energy and diversification of supply”.

On the renewable energy side, the European Commission is pushing for EU countries to simplify their permitting procedures to cut down on delays. It also advocates for more solar and wind power and aims to double the yearly deployment of heat pumps to reach 10 million installations in the next five years. According to SolarPower Europe, a trade organisation, the EU could reach 1 terawatt of solar capacity by 2030 if the right framework is in place.

On securing Europe’s gas supply, the Commission communication looks at more imports of liquified natural gas (LNG) and increasing the supply of alternative gases, like biomethane and hydrogen.

LNG imports have reached 10 billion cubic metres (bcm) in January, the highest amount ever – and provisional figures indicate that volumes have remained high in February, the Commission said. New supply routes also include the Southern Gas Corridor bringing gas from Azerbaijan, which is not operational.

More diversification is expected as well from biogas and hydrogen, with the European Commission planning to boost biomethane production to 35bcm by 2030. The European Biogas Association said they were ready to deliver the 35 bcm, adding that this target should be included in the revision of the renewable energy law.

But green campaigners are critical of plans to diversify Europe’s gas supply with LNG and hydrogen.

“We already know that more support for energy savings and renewables would free us from Russian fossil gas and elsewhere towards a fully renewable energy system. Let’s not lose a single public euro in more gas, oil or coal,” said Esther Bollendorff from Climate Action Network Europe, an NGO.

Coal and oil swept under the carpet

Europe does not just import gas from Russia. It also relies on Moscow for 27% of its oil and 46% of its coal imports.

According to the European Commission, “the focus can be extended to phasing out dependence on Russian oil and coal, for which the EU has a broader diversity of potential suppliers”.

However, the communication has little detail on how the EU could wean off Russian oil and coal, drawing criticism from some groups.

Three out of five energy dollars that Russia earns from its EU and UK exports comes from oil, according to the NGO Transport and Environment, adding that Europe’s dependence on Russian oil puts $285 million a day in Putin’s pocket.

“An energy security strategy that ignores oil isn’t worth the paper it is written on. Gas is understandably a worry, but oil is funding Putin’s wars. We’re sending a quarter of a billion to the regime every day. We can end this, so why aren’t we?” William Todts, executive director of T&E told EURACTIV.

On the same day as the European Commission launched its communication, the US announced bans for Russian fossil fuels and the UK said it would phase out imports of Russian oil by the end of the year as part of further sanctions against the country, leaving the EU as the odd one out, only going for “phasing out” Russian energy.

Germany, the largest consumer of Russian oil in Europe, is adamantly against any sanctions on Russian energy, with the government saying this would endanger “social peace” in the country.

Asked whether Europe would follow the UK and US, Timmermans simply replied: “I think we should wait with our comments until we’ve heard the announcement.” 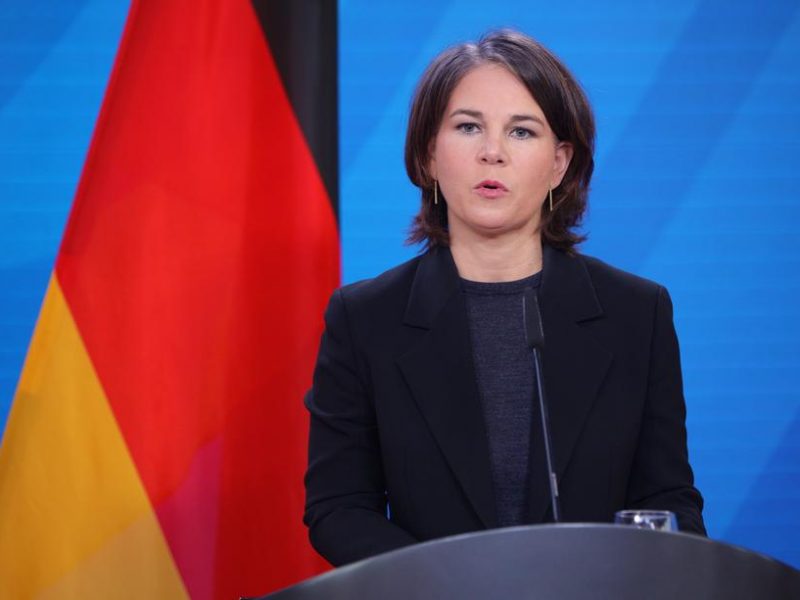 Europe’s energy crisis has made many EU countries rethink their path to clean and green energy. Many EU countries, particularly those in central and eastern Europe, were betting on gas as a stepping stone away from coal.

But the gas option looks less realistic in the wake of the Ukraine crisis and the European Commission is now saying that countries could burn coal for longer provided it is part of a wider transition to renewables.

“But at the same time, in this extraordinary situation we are in, there are scenarios thinkable that member states will not want to use gas at the same level in the transition,” he continued.

“Then we are stuck a bit longer with coal, but if that is combined with a much swifter introduction of renewables, for climate that can still be a good solution, but we will have to look at every individual situation,” he added.

Germany, too, is having to rethink its energy policy.

“For the short term, we may need to have some compromises. So for example, coal and nuclear could play a bigger role in the next two, three years,” said Peter Liese, a German lawmaker from the Christian Democrats in the European Parliament.

“It’s not easy. But you need investment, and quick decisions. And that’s what I demand from the German government,” he told EURACTIV.

The European Commission’s aim to slash Russian energy imports will be challenging for German and other EU countries that are dependent on Russian gas, he told EURACTIV.

“It’s a huge challenge because we made the mistake during the last years to be too dependent, but I think there’s a good analysis of the Commission that it is possible and we should really be courageous here,” he added. 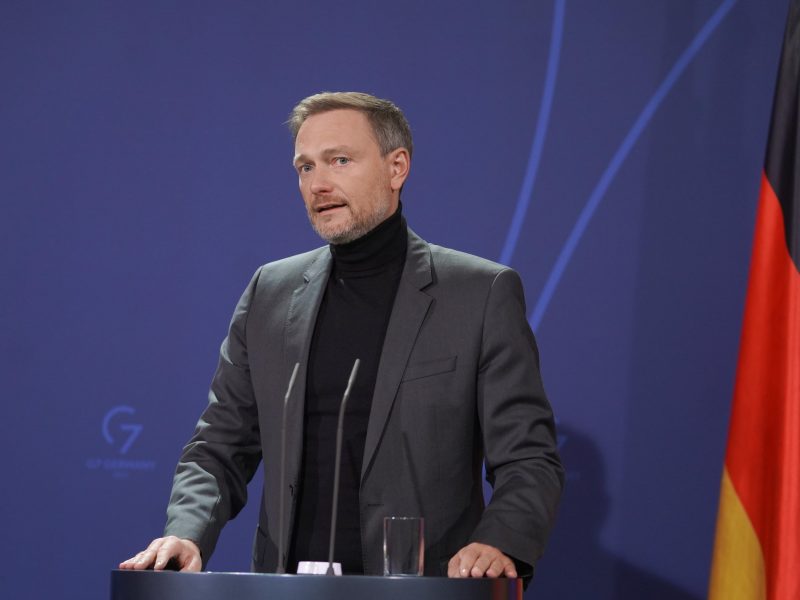 Berlin to unleash €200 billion for climate protection until 2026

The German government will funnel an extra €200 billion into climate protection, Finance Minister Christian Lindner said in a move widely considered a bid to pacify their Green coalition partners

The original purpose of the Commission plan was to follow up on its toolbox presented in October that aimed to help EU countries alleviate the impact of high energy prices on consumers.

That toolbox is now no longer sufficient, according to energy commissioner Kadri Simson, who confirmed the possibility for EU countries to regulate prices in exceptional circumstances and tax energy companies that make windfall profits from the current high energy prices.

This is resisted by Eurelectric, the association of European power companies. “The power sector remains very concerned about the outlook on market intervention,” said Kristian Ruby, secretary general of Eurelectric.

“The combination of regulated retail prices and clawback measures could seriously threaten the financial health of the industry and make it less attractive to investors. Now more than ever, the electricity sector needs investor confidence,” he said.