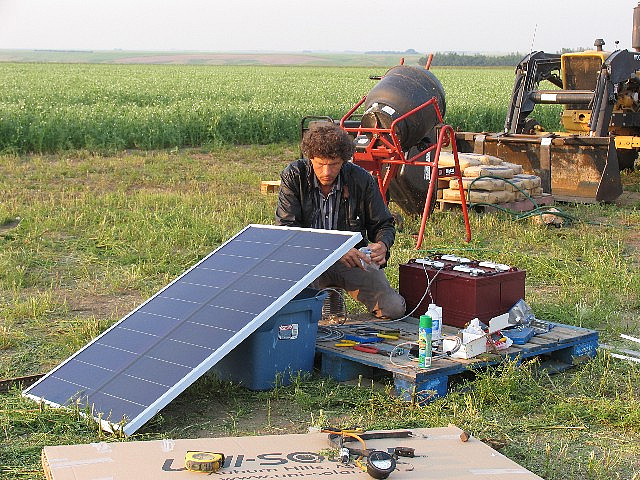 A European Union goal to cut greenhouse gases by 40% by 2030, agreed early on Friday (24 October), sets the pace for a global deal to tackle climate change, pitting heavy industry against green business.

Industry bosses said they faced big challenges to adapt, while greener firms said the EU had aimed too low to spur low-carbon investment and climate campaigners said concessions to polluters made it “a dirty thirty”, not a 2030 deal.

The 2030 targets will follow existing 2020 goals that the EU is on track to meet. Its emissions are already nearly 20% below the level in 1990, the international benchmark year.

The EU’s 2030 goal should inject momentum ahead of an UN summit to be hosted by Paris in 2015 to seek a global pact on curbing climate change.

“This decision and this message will be listened to in Washington and in Beijing and many other capitals,” Climate Commissioner Connie Hedegaard said on Friday.

Hedegaard said the target to cut by at least 40% was ambitious, because it would be based purely on domestic cuts. In contrast to the earlier 20% goal, countries cannot use international offsets to avoid taking action themselves.

Hedegaard also said a review clause allowing nations to revisit the decision depending on the Paris deal could only increase, not reduce the target of at least 40%.

The world’s biggest polluters are unlikely to be as ambitious as the EU.

China, the biggest emitter, has said it wants to cap its booming emissions, but has not said when.

Poland has long argued there is no reason for Europe, which accounts for only around a tenth of all emissions, to commit to deeper emissions cuts before the rest of the world does.

To secure Friday’s deal, Warsaw was promised incentives, including free allowances under the EU Emissions Trading System (ETS), which aims to cut emissions by requiring sectors such as power plants and heavy industry to acquire permits to pollute.

Attending her first EU summit, Polish Prime Minister Ewa Kopacz was anxious to keep the nation’s huge coal mining community on her side ahead of Polish elections next year, saying that Poland had won all the concessions it wanted. “There will be no new burdens,” Kopacz said after Friday’s deal.

From the business world, Germany’s BASF, the world’s largest chemical group, said it would be difficult to meet technical “preconditions”.

“It [the 40% reduction target] sounds little but it is a quantum leap,” BASF CEO Kurt Bock said on Friday.

BusinessEurope, the EU employers’ organisation, said the 40% target was “highly ambitious”, warning that it aimed at doing “the same effort in 10 years as we are doing over 30 years”.

Apart from cost, another issue that threatened a deal was Portugal’s and Spain’s quest for better cross-border energy links to help them export their surplus amounts of wind and solar energy and gas imported from northern Africa.

France, which has shored up its own supplies with a string of nuclear plants, had stood in the way, saying connections across the Pyrenees mountains were difficult and costly.

But as host of next year’s global talks, France had a particular interest in getting an EU 2030 package agreed and dropped objections to measures to improve cross-border flows.

Moving available supplies around the EU is one way to curb reliance on gas from Russia, the bloc’s top energy supplier with which it is in conflict following Moscow’s annexation of Crimea.

More renewable energy and measures to make everyone use less fuel are also potential solutions, but goals on green energy and increasing efficiency were weakened.

Member states, such as Britain, which has just won approval to use public money to fund a new nuclear power station, objected to targets binding on individual member states, pushing instead for EU-wide goals that could be difficult to enforce.

In addition, a 30% cut in energy use put forward by the Commission was diluted to a 27% savings goal, which representatives of the insulation industry said would be ineffectual.

“The target presented is so low that it is meaningless,” said Stefan Scheuer, secretary general of the Coalition for Energy Savings.

EuroAce, an alliance of companies providing energy-saving solutions for buildings, called the deal “a dismal agreement” that fell short of already “unambitious proposals” put forward by the Commission in July for a 30% improvement in energy efficiency.

“Renovating our wasteful, leaky buildings is a key part of our effort on climate and energy policy and it offers the best solution to Europe’s energy crisis,” said EuroAce, which called for a binding 40% target. “This is not good enough!” said EuroAce, whose members include the likes of GE Lighting, Philips, Jonhson Controls, Ingersoll Rand and United Technologies.

Hedegaard also said the watering down was disappointing, but that member states had agreed to revisit the efficiency goal, keeping in mind the 30% goal originally proposed.

Environmental campaigners say even the binding 40% emissions cut for 2030 – a doubling of the reduction for 2020 – is not enough and makes it uncertain the world will succeed in limiting global warming to a manageable level.

EU leaders Thursday night (23 October) committed to a new set of climate and energy goals for 2030. These include:

A special "flexibility clause" was added to the final text, making it possible for the European Council to return to the targets after the UN summit in December 2015.