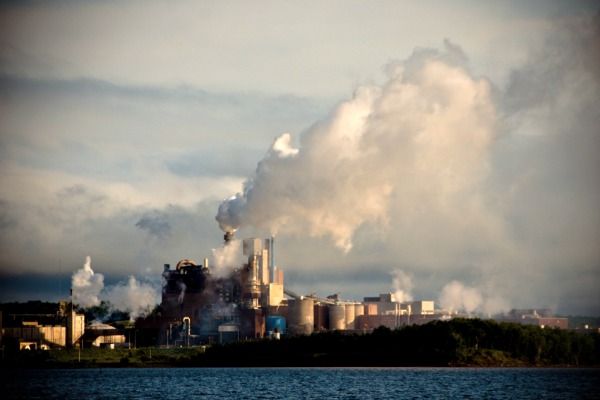 The EU’s energy commissioner, Günther Oettinger, has called for a new legally-binding proposal this autumn to cut energy use by 2030, as a way of curbing Europe’s reliance on Russia for a third of its oil, and 39% of its gas supplies.

The bloc has already proposed a binding 40% greenhouse gas reduction objective for 2030, and an obligatory 27% share for renewables in Europe’s energy mix as a whole.

Asked by EURACTIV whether an energy savings goal should also be considered, Oettinger replied: “I feel that it would be appropriate to propose a binding energy efficiency target and make that proposal to the Council, and to the Parliament.”

“Now more than ever energy efficiency and energy savings need to be our first response to energy import dependence,” the commissioner said at a meeting to launch the EU’s long-awaited energy security strategy.

“That needs to be our focus in the coming years,” he added. But Oettinger refused to be drawn on the details of any target, saying that the review would be published in September, three months later than planned, but a month before the EU’s declared deadline for agreement on a 2030 climate and energy package.

EURACTIV understands that debate within the Commission is currently settling around targets of a 30% or 35% energy savings improvement by 2030, measured against 1990 levels.

Any final proposal will be announced in a review of the bloc’s halting progress towards meeting a non-binding goal of a 20% efficiency improvement by 2020, which will also cover the period until 2030.

Buildings are responsible for some 40% of Europe’s energy usage – and 61% of all imported gas use, according to a report by the respected Ecofys consultancy published last week.

That paper found that a programme of deep building renovations could cut the sector’s gas consumption 60% by 2030, and almost completely eliminate it by 2050.

A deep renovations strategy would also generate greenhouse gas savings of 90% by 2050 (compared to 1990 levels) and provide a strong economic stimulus, creating 1.4 million additional jobs across the continent.

In a sign of battles to come, the response from some member states to talk of a new energy saving target was distinctly frosty. A spokesman for the Department of Energy and Climate Change (DECC) said: “We remain opposed to a EU energy efficiency target for 2030 on the basis that it would not allow member states the flexibility to choose the most cost-effective path to reducing greenhouse gas emissions while maintaining secure and affordable energy supplies.”

He added, “A specific target would not be acceptable to the UK as it could force EU member states to implement measures that are not cost-effective and have negative consequences for the carbon price.”

In the coming review, it pledges Brussels to identity new measures for priority sectors such as housing, transport and industry, propose ways to address barriers to efficiency uptake, and review the Energy Labelling and Ecodesign Directives.

One EU official told EURACTIV that the double glazing and insulation of residential buildings could also fall within this energy security plan’s remit, including as emergency demand responses.

“The link to medium term energy efficiency policy is definitely there,” he said. “It is clear. There are even short-term options as well. We bring it back all time to the fact that everything has to be done in context of decarbonisation.”

Carbon emissions left out of the plan

Energy security is described in the new plan as “integral” to the EU’s 2030 climate and energy package and “inseparable from and significantly fostered by its need to move to a competitive low-carbon economy.”

Much of the security strategy though is fixed firmly on the acceleration of gas infrastructure builds and increasing supplies of indigenous and foreign fossil fuels.

The Commission did not attempt to quantify the emissions-increasing consequences of these for the bloc’s decarbonisation goals, officials confirmed. But Oettinger denied any conflict between the twin objectives of security of supply and cutting greenhouse gas output.

“Energy is involved in the Emissions Trading System (ETS) and companies can therefore buy and trade these emissions trading certificates so as to guarantee and stipulate to what extent there are carbon emissions,” he said.

EU sources argue that gas infrastructure does not necessarily lock-in carbon emissions to the EU’s future energy mix – as the technology could one day be used for biogas or power-to-gas.

Increased coal imports too could be consistent with Europe’s target of a minimum 80% emissions’ cut by 2050, “as long as CCS (carbon capture and storage) achieves technological breakthroughs,” Oettinger said.

The budding technology for seizing, containing and burying CO2 in underground fissures is considered promising by industry and policy-makers. But in 2013, the number of global pilot projects shrunk from 75 to 65, none of which are ready for commercial deployment.

The EU’s NER300 project aims to use ETS funds to catalyse the CCS sector although none of its first funding awards went to CCS projects.  One CCS proposal was submitted for consideration in a second call last year – out of 33 projects in total – and calls to fast-track pilot projects are increasing in countries such as the UK.

The International Energy Agency though does not expect the experimental technology to play “a real role” in Europe’s energy system until around 2030.

Green groups too are unconvinced, and a consensus viewing energy efficiency as “the first step” to reducing Europe’s import dependence stretches from the European Council to Greenpeace.

In its study, Ecofys argued that supply-side measures to curb import reliance were more expensive and created other dependencies and risks. Trends towards nuclear energy and shale gas raised “obstructive issues” in health, safety, public acceptance and the environment, the report said.

·  September 2014: Review of progress towards meeting the 2020 energy efficiency target

·  October 2014: European Council to decide on 2030 climate and energy targets

·  2016: European Commission to review the directive.