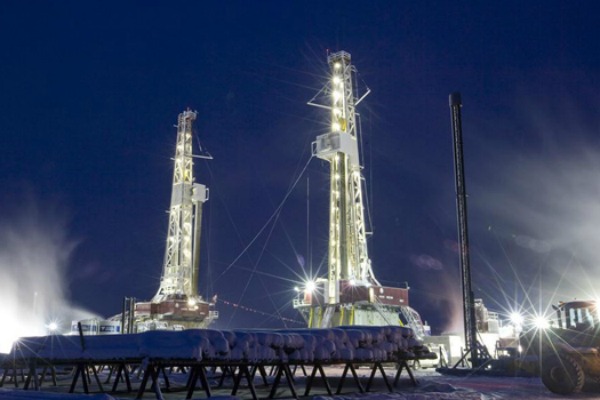 But the monies will go to gas companies, who would otherwise have had to pay for such research themselves, and campaigners were quick to slam the new awards for contradicting bloc policy on decarbonisation.

”The Commission says that it ensures a high level of environmental protection and that it is serious about combating climate change, but at the same time it funds research for the shale gas industry. This conflict of interest cannot be ignored,” Antoine Simon a spokesman for Friends of the Earth Europe told EURACTIV.

“It’s particularly cynical as it involves handing out public money to an industry dominated by some of the richest companies in the world where there are many more important energy efficiency and renewable energy research priorities,” he added.

The EU’s Research and Innovation directorate would not reveal which companies had applied for revenues, but said that a €33 million pot had been set aside for funding awards this year.

“Of the initial 23 eligible applications, seven will be invited to submit final proposals by the call deadline of 23 September,” an official told EURACTIV. “We cannot say yet how many projects will be retained, nor who is asking for money because it is a competitive tender.”

While the Commission would prefer to limit the awards to €3 million each, it will consider requests for higher amounts, the official added.

A European Council decision last December allowed Horizon 2020 funding to be given to unconventional gas and oil resource exploration and production where this was considered appropriate. The funding call was published a few days later.

Shale gas was deemed to be low carbon in the programme because it “may help in the transition towards a low-carbon economy provided its air emissions, including greenhouse gas emissions, are adequately mitigated”, an EU official said. The new funding might help to do this, he implied.

But a report by the UK government’s chief scientific adviser David MacKay last year concluded that carbon emissions from shale gas were similar to those from Liquefied Natural Gas imports from Qatar.

It found that “the principal effect of UK shale gas production and use will be that it displaces imported LNG, or possibly piped gas from outside Europe. The net effect on total UK [greenhouse gas] emissions rates is likely to be small”.

While lifecycle CO2 emissions from gas are roughly half as much as from coal or oil, they are still exponentially more than from renewable energies such as wind and solar energy, according to the UN’s Intergovernmental Panel on Climate Change (IPCC).

Marcus Pepperell, a spokesman for Shale Gas Europe pointed out that IPCC reports had also identified unconventional gas as a potential bridging fuel on the way to a renewables-based power system.

“Europe is facing particular energy security issues and yet we have no commercial shale gas operations in Europe,” he told EURACTIV. “It is logical that the commission should look at all opportunities to diversify Europe’s energy mix.”

“Given the significant amounts of investments we are looking at in other energy sources such as renewables, it is appropriate to see where Europe can help develop a shale gas industry within an environmentally sustainable framework,” he said.

Isaac Valero, the spokesman for the EU’s climate commissioner, Connie Hedegaard, agreed that shale could be a bridge towards renewables and energy efficiency, “but shale gas alone will not solve the climate problem”, he cautioned.

Hedegaard has previously called for European development banks to take a lead in eliminating public support for fossil fuels.

Key to the debate over the potential contribution that gas can make to tackling climate change, is the question of methane, a greenhouse  gas at least 25 times more potent than carbon dioxide over a shorter 100-year period, and 72 times greater over 20 years. Scientists believe that it could be a particularly dangerous trigger for global warming feedback loops.

When methane emissions were considered, a 2011 Cornell University study by Professor Robert Howarth found that the climate-warming impacts of shale gas could be between 20% and 100% worse than coal. Other reports though have been less alarming.

Once the hydraulic fracturing (or fracking) of shale gas wells has been completed, large amounts of methane gas flow to the surface, along with chemicals used in the fracking fluid. There, they may be either vented into the atmosphere, burned and so converted to carbon dioxide, or captured and sold to markets under ‘green completion’ techniques.

Speaking to EURACTIV last year, Howarth said that green completion was “the best [method] environmentally, although some methane is still probably released during the operation. But it has not been commonly done in the US. It takes time, and companies would rather push ahead as fast as they can and move on to develop and frack another well.”

US Environmental Protection Agency regulations intended to make these techniques mandatory – with some exceptions – by 2015, would depend on industry reporting of methane emissions rather than inspections, and so could be ‘gamed’ he feared.

European firms will also be required to self-monitor their methane emissions under proposed new EU guidelines, which could be made binding in 2015.

But “venting is invisible to the naked eye,” Howarth said. “Unwatched rigs seem likely to cheat at least some times, given the history of the US oil and gas industry in complying with regulations in the past. Industry will have to provide information in Europe, perhaps, but how will anyone know if the information is accurate? Industry certainly has a very strong interest in trying to project that methane emissions are low.”

The gas industry counters that shale drills in Europe could already be covered by legislation such as the Mining Waste Directive and Water framework Directive.

“We don’t believe there is a need for specific new rules on shale gas but if legislative gaps are identified we are happy to analyse the situation and cooperate with policy makers on finding the best way forward,” Alessandro Torello, a spokesman for the International Association of Oil and Gas producers told EURACTIV.