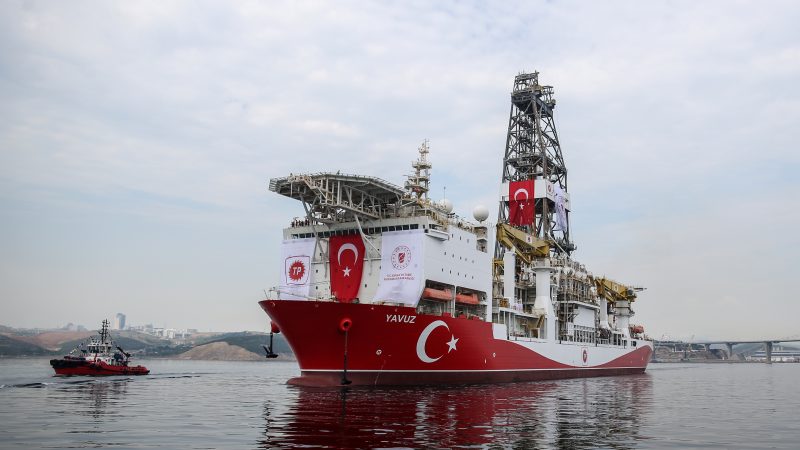 The European Union is set to curb contacts and funding for Ankara in retaliation for what it calls Turkey’s “illegal” drilling for gas and oil off Cyprus and stands ready to ramp up sanctions further, according to a draft statement.

In trying to take Ankara to task over what the EU sees as Turkish interference with Cyprus’ exclusive economic zone, the bloc is walking a thin line, careful not to antagonise an important partner.

“Despite our best intentions to keep good neighbourly relations with Turkey, its continued escalation and challenge to the sovereignty of our Member State Cyprus will inevitably lead the EU to respond in full solidarity,” Donald Tusk, president of the European Council of ministers, said on Wednesday.

The EU in the night to Friday (20 June) stepped up its rhetoric over Turkey’s “illegal” drilling for oil and gas off Cyprus, raising the threat of sanctions if Ankara refuses to back down.

On Thursday, national envoys in Brussels were discussing a joint decision to punish Turkey, a draft of which said:

“In light of Turkey’s continued and new illegal drilling activities, the (EU) decides to suspend negotiations on the Comprehensive Air Transport Agreement and agrees not to hold further meetings of the high-level dialogues for the time being.”

“The Council endorses the (European) Commission’s proposal to reduce the pre-accession assistance to Turkey for 2020 and invites the European Investment Bank to review its lending activities in Turkey, notably with regard to sovereign-backed lending,” it said.

It added that the EU would be ready to introduce more restrictive measures against Turkey should Ankara continue drilling. 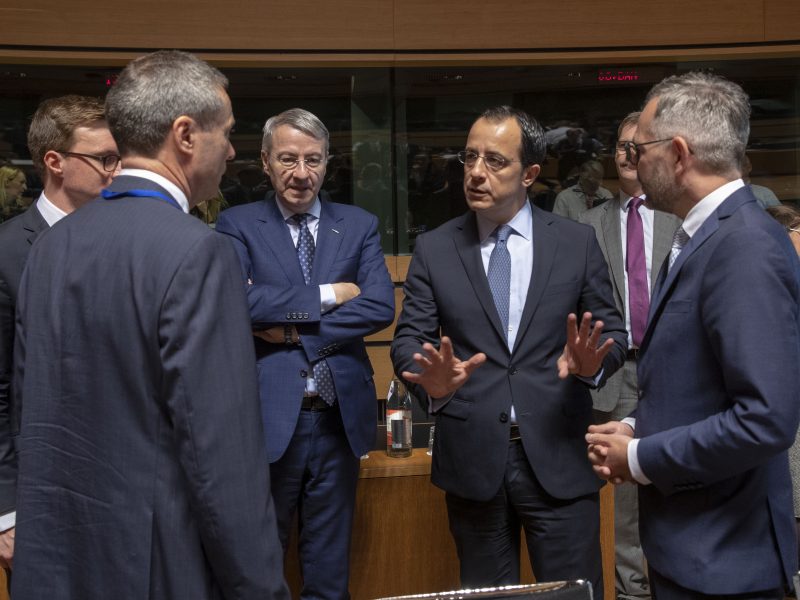 The European Union on Tuesday (18 June) hit out at Turkey for its “illegal drilling activities” off Cyprus and warned of possible retaliation over the controversial gas exploration bid.

In 2014-20, the EU was due to give Turkey €4.45 billion for political reforms, agriculture and other projects to help it prepare for eventual membership of the bloc.

But last year, Brussels took away €175 million in protest at what it saw as deteriorating human rights in Turkey. The EU has said Ankara under President Tayyip Erdogan is moving further away from the bloc.

But, as the bloc needs Turkey in matters such as security and migration, an EU diplomat involved in the latest discussions told Reuters any future sanctions would be limited.

“It would only be targeting people linked to these specific illegal activities. We’re trying to calibrate that carefully because we need Turkish cooperation on migration, NATO, countering terrorism.”

“Some member states rely on Turkey for energy transit so we must tread carefully. Don’t expect any wide economic sanctions.”

Ankara on Wednesday rejected Greek and EU criticism that Turkish drilling off Cyprus was illegitimate. On the divided island, an internationally recognised government is part of the EU but Turkey backs a breakaway area.

On Thursday, Turkey’s ruling AK Party spokesman said the sanctions against Ankara would be a huge mistake for the EU.

“We want to indicate that this would be a great lack of vision and a historic mistake for the EU,” Omer Celik told reporters.

“The EU should act on principles instead of taking the Greek Cypriot side. A mutual mechanism must be formed, where the Turkish Cypriot side will be an equal party, and the sharing of profits are linked to a sound mechanism, that’s how the crisis will be overcome,” Celik added. 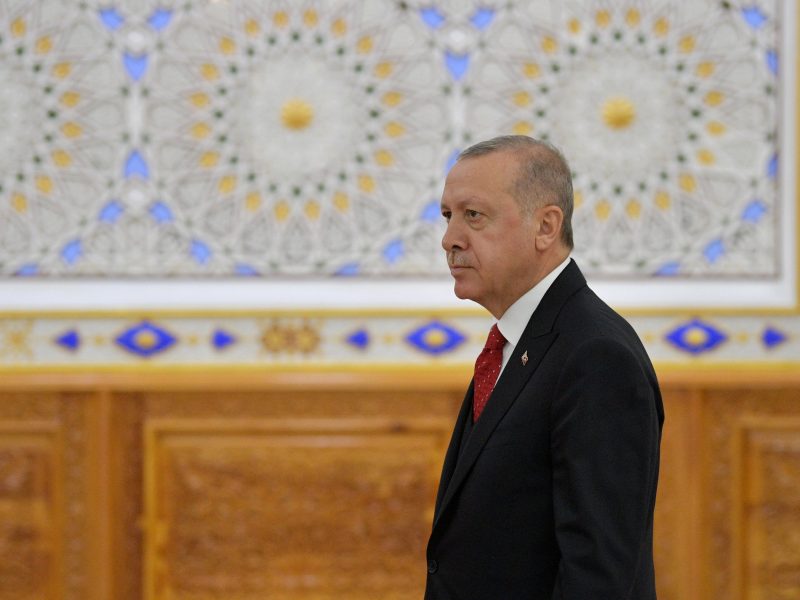 While Nicosia was pushing for tougher language on sanctions, some other EU states were wary of shutting down all high-level channels of communication with Ankara, diplomats said, meaning the draft decision could still change.

The EU depends on Turkey to keep a lid on migration from the Middle East to Europe, but the relationship has soured over Erdogan’s crackdown on critics following a failed coup in 2016.

The EU has frozen Turkey’s long-stalled membership talks as well as negotiations on upgrading their customs union, accusing Erdogan of widespread violations of human rights.