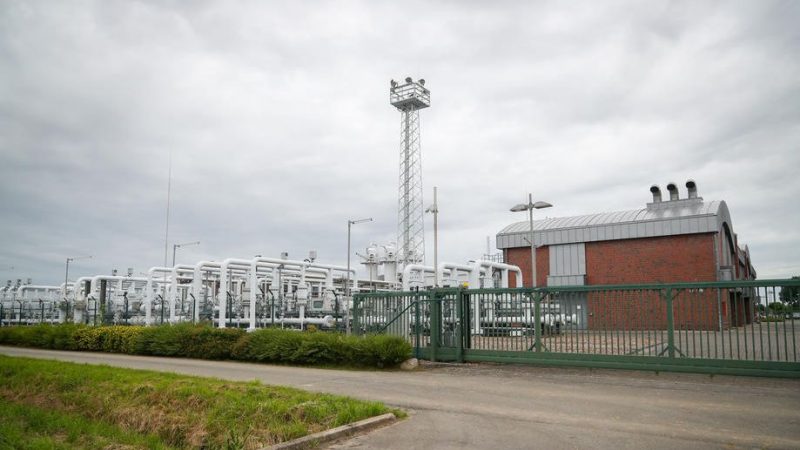 The facility of the natural gas storage of energy provider EWE near Elsfleth, northern Germany. The gas is stored in underground caverns of salt domes [Focke Strangmann / EPA-EFE]

The European Commission will propose a voluntary system for EU countries to jointly buy gas to form strategic reserves in response to soaring energy prices, according to a document shared with countries ahead of a summit this week.

European gas prices surged to record highs in October amid tight supplies and high demand from global economies recovering from the COVID-19 pandemic. Prices have retreated from those peaks, but crept back up in recent weeks amid cold winter weather and lower than expected imports from Russia.

The soaring energy prices have left governments scrambling to use subsidies and tax breaks to shield consumers from high bills and prompted calls from some countries for an EU system of joint gas buying.
A proposal to update European gas market rules, which the European Commission is due to publish on Wednesday (15 December), would set up such a system.
“The proposals will include an enabling framework for the joint procurement of gas strategic stocks by regulated entities on a voluntary basis,” the Commission said in a document circulated to countries ahead of an EU leaders summit on Thursday and seen by Reuters.

The system will “contribute to EU coordinated measures in case of Union wide emergency”, it said.

However, the document did not confirm how the system of joint procurement would work in practice but said it was part of a push from Brussels to strengthen EU gas storage systems.

“Member states, through joint cooperation at regional level, should be able to rely on storage in other countries in case of needs,” the document said.

Storage would become part of EU countries’ assessments of their gas supply security risks, including risks related to foreign ownership of storage infrastructure, the document said.

Lower than expected volumes from Russia have led some EU countries and lawmakers to call for a probe into whether Gazprom has withheld supply to push up European gas prices in recent months.

The company has said it meets all its contracted supply obligations, while its major customers have said they have not asked for additional supplies.

Gas imports from Russia to the EU in October-November were 25% lower than in the same period of 2020, while Gazprom-owned storage in the EU is “significantly lower” than last year, the EU document said.

Brussels has said the long-term solution to high fossil fuel prices is to transition faster to locally-produced renewable energy, as planned under the EU’s climate change targets.