The strategy aims to achieve deep decarbonisation at the “lowest possible costs” by minimising waste and using the relative strengths of different energy carriers such as electricity and decarbonised gases.

“In fact, we need to complete an overhaul of the current energy system which is quickly becoming a relic of the past,” Timmermans said.

This is “way too wasteful and way too rigid to be fit for a sustainable future,” Timmermans said, describing a future energy system which is more agile and able to switch seamlessly across different energy carriers to achieve deeper emissions cuts in sectors like transport and industry, which are heavily dependent on fossil fuels.

“We need to break the silos between separate flows of energy production and use,” said Timmermans, adding that “we need to stop transferring the wrong energy carriers in the wrong way to end-users”. 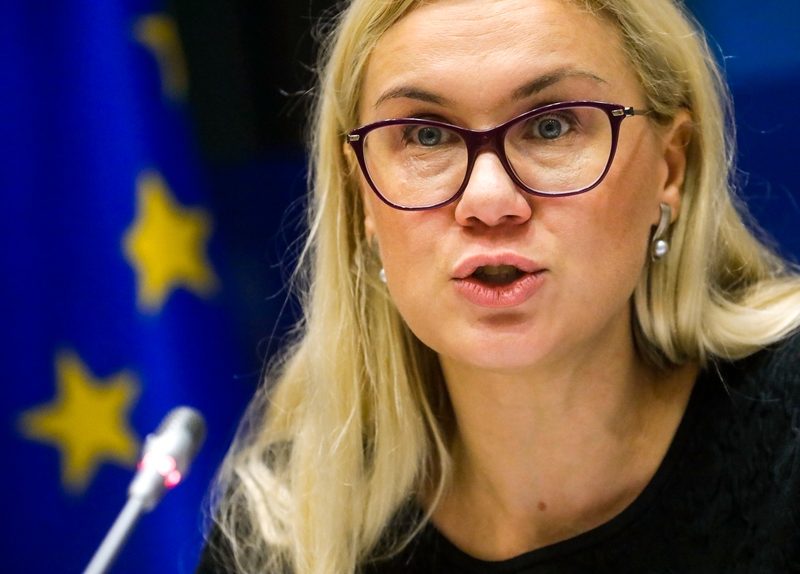 Such an integrated energy system would rest on three pillars, the document states.

The strategy does not contain legislative proposals; those will follow mainly next year, with a batch of new draft laws expected in June.

But the policy document does set out “concrete steps to achieve these three goals,” said Kadri Simson, the EU’s energy commissioner.

“You cannot build the energy system of the future using the policies and frameworks of the past,” she said, citing the upcoming building renovation wave and offshore energy strategy, as well as the gas market review which is planned for 2021.

Digitalisaiton and hydrogen as a key ‘enablers’

One of the key “enablers” to achieve this vision is the digitalisation of energy infrastructure – whether generation assets, gas pipelines, power lines, or buildings and factories on the consumer end –, EU officials explained.

“These infrastructures will have to be planned in an integrated way to use all the synergies across the different infrastructures,” said a senior Commission official.

“And we will need much more digitalisation, because otherwise all these smart systems cannot work together,” the official added.

Hydrogen will also play a central role in linking up different components of the energy system.

“Hydrogen can particularly contribute to the decarbonisation by allowing to integrate larger shares of renewables in transport and industry”  while providing a solution for energy storage on a large scale, a senior Commission official explained, referring to a separate hydrogen strategy unveiled the same day.

And while the Commission expects electrification to double by 2050, meeting around 53% of the bloc’s energy needs by then, there will still be substantial room left for other energy carriers.

“When I said that half of the consumption will be electric, it means that the other half has to be somehow based on molecules, because it’s not possible or cost-efficient to electrify everything in our system up to 2050,” said a senior Commission official.

To help deliver on both strategies, the Commission also launched the European Clean Hydrogen Alliance on Wednesday, which will bring together industry leaders, civil society, national and regional ministers and the European Investment Bank.

“The two strategies show one thing: renewable and other carbon free electricity will be the most needed energy between now and 2050; be it directly with EVs and heat pumps, or indirectly to produce hydrogen.”

“On sector integration the Commission got it right: energy efficiency and electrification are the primary drivers to decarbonise the EU economy. Producing renewable and low carbon hydrogen for maritime transport, aviation and industry is the next frontier,” Levy added, saying the Commission needs “a CO2 compass, which is not fully there yet” to achieve this.

“We appreciate the Strategy’s strong reference to energy efficiency as a key enabler of the decarbonisation of Europe’s energy system,” said Monica Frassoni, president of the European Alliance to Save Energy, a group of multinationals, politicians and energy efficiency campaigners from across Europe.

“At the same time, we would like to stress that while green hydrogen could play a role in hard-to-decarbonise sectors such as primary industry and heavy-road transport, for buildings, there are more cost-effective and ready-to-use solutions,” Frassoni said, referring to the growing electrification of the building stock.