The EU unveiled plans on Tuesday (16 February) to vet energy contracts that member states sign with countries outside the bloc as it seeks to cut dependence on Russian gas.

The European Commission, the executive of the 28-country bloc, proposed changes so it can review such agreements before they are signed to see if they comply with EU rules.

Currently the Commission can only examine contracts after they have been signed.

“It means no country should sign an inter-governmental agreement until the Commission has given its opinion,” EU energy Commissioner Miguel Arias Cañete told a press conference.

Such opinions would be given within 12 weeks and the member state would have to do its “utmost” to take the findings into consideration.

“This is an important and unprecedented step to ensure a level playing field for all,” Cañete said. 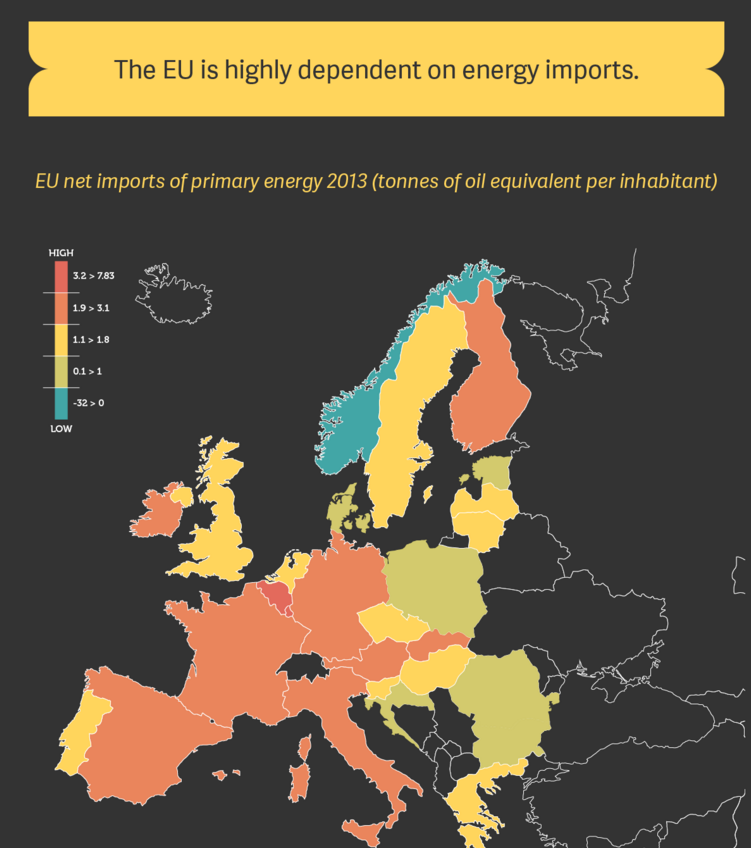 “As EU markets continue to integrate, decisions taken by one member state can have a negative impact on the security of supply in neighbouring countries,” he added.

The European Union is already investigating whether Russian state energy firm Gazprom has imposed unfair prices which breach the EU’s rules, in a move which further inflamed relations already strained by the Ukraine crisis.

For the tenth year in a row, EU states imported half of their energy needs in 2014. A third of their gas imports come from Russia alone and some newer eastern members are almost entirely reliant on Moscow.

“With political tensions on our borders still on a knife-edge, it is a sharp reminder that this problem is not going to go away,” Cañete said.

Brussels also wants to be automatically notified of any commercial contract lasting more than one year if the market share it involves means that it carries a risk to security of supply.

“We consider a 40% market share to be an appropriate threshold,” Cañete said.

Germany’s plans for a second pipeline, Nord Stream 2, to carry Russian gas under the Baltic Sea have caused some disquiet.

Rome saw it as hypocritical that Berlin should pursue a major deal when the rest of the bloc is being asked to sacrifice their interests to pursue sanctions against Russia over Ukraine.

The Nord Stream 2 consortium said its deal is only based on commercial cooperation between companies and is not based on any agreements between countries.

“Therefore there are no potential issues with EU law compliance of underlying intergovernmental agreements,” it said in a statement to AFP.

Also under the plan, all countries will be required to ensure gas supplies to households, hospitals and other key services in the event of a crisis.

The energy package proposals will now have to be submitted to the European Parliament and member states for eventual approval, which could take several years.

The Commission’s new gas strategy is an affront to the Paris agreement, at a time when we should be leading the global energy transition and leaving fossil fuels behind us, writes Claude Turmes.

Jiri Jerabek, energy policy adviser at Greenpeace EU, said, “It’s like the Paris agreement never happened and the Commission is stuck on gas, dishing out a costly proposal that will keep Europe hooked on energy imports. It is high time Europe embraces the renewable energy transition. Only if it focuses on renewables and energy efficiency will Europe meet its climate targets and reduce its dependence on foreign energy supplies.”

The European Commissioner for Climate Action and Energy, Miguel Arias Cañete, said, "Today's proposals are about a reliable, competitive and flexible system in which energy flows across borders and consumers reap the benefits. They are about standing together to protect the most vulnerable. And they are about securing our clean energy future: I can assure that our commitment to a clean energy transition is irreversible and non-negotiable."

Andreas Gürtler, the foundation director of the European Industrial Insulation Foundation, welcomed the potential savings that the Commission's new package could bring to businesses. He  said, “Industrial insulation solutions usually have short payback periods of 1-2 years only. Therefore investing in industrial insulation is a very cost-effective way for industry to contribute with an outstanding 1 percentage point to reach the EU 20% energy efficiency target by 2020. And by doing so industry will reduce its production costs and therefore increase its competitiveness.”

Imke Lübbeke, the head of climate and energy at WWF European Policy Office, said, “The Commission is backing the wrong horse. The best way of securing Europe's energy is by producing clean energy ourselves. Unlike gas, renewables and energy efficiency do not need to be imported and they bring major economic and climate benefits by creating jobs and cutting greenhouse gas emissions.”

"It’s encouraging to see that the Commission recognizes the strategic importance of gas," said Roland Festor, EU affairs director for the International Association of Oil & Gas Producers, "That said, the Commission should clarify the apparent contradiction between efforts to use more electricity and less gas in heating (even though gas is cheaper and more efficient), and a goal of promoting investment in gas."

EuroACE, the European Alliance of Companies for Energy Efficiency in Buildings, welcomed the Heating and Colling Straegy as a good first step, but said that more concrete action was needed to improve the EU's building stock and reduce demand for energy. Susanne Dyrboel, the president of EuroACE, said, "only a highly energy efficient building stock, where energy demand has been reduced first, is the starting point for an efficient transition towards a decarbonised, sustainable and secure energy system, based on the cost-effective use of renewable energy sources."

The European Commission Vice-President responsible for Energy Union, Maroš Šefčovič, said, "The Energy Union Strategy, launched one year ago, promised to provide all Europeans with energy which is secure, sustainable, and competitive. Today’s package focuses on the security of our supply, but touches upon all three overarching goals. By reducing our energy demand, and better managing our supply from external sources we are delivering on our promise and enhancing the stability of Europe’s energy market."