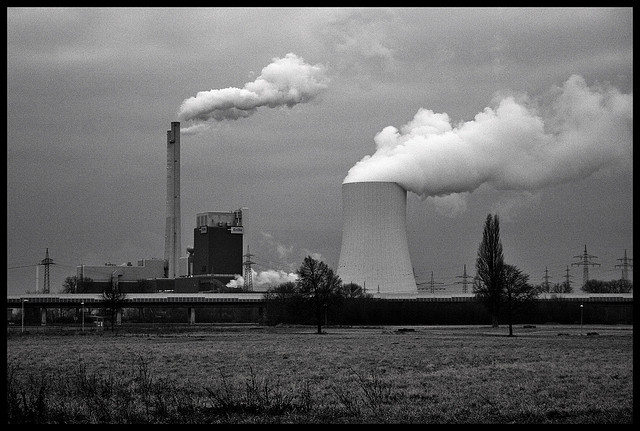 European Union leaders want to enshrine in international law a goal to cut global emissions by 60% by 2050, according to a draft document that puts the bloc on a collision course with the biggest polluters.

The EU is keen to inject urgency into the climate change debate ahead of an international conference in Paris at the end of this year to seek a successor to the Kyoto Protocol on curbing greenhouse gas emissions.

The European Commission will publish tomorrow (25 February) a blueprint for tackling climate change.

A draft seen by Reuters confirms that EU member states aim to declare their own pledges on emissions cuts by the end of March and says other leading nations, including China and the United States, should do the same.

“In aggregate these commitments – in line with science – should put the world on track to reduce global emissions by at least 60% in 2050 below 2010 levels,” the document seen by Reuters says.

The EU is responsible for only around 9% of all emissions. The world’s biggest emitters are China, which accounts for 24% of global greenhouse gas emissions, and the United States with 12%.

The EU document also proposes that the 2015 deal “should preferably be in the form of a protocol”, which is the toughest legal option. That could meet resistance from China and the United States, which are likely to prefer looser arrangements than internationally binding law.

Options in a draft negotiating text for the Paris talks range from calls by some developing nations for net zero global emissions by 2050, meaning all greenhouse gas emissions would have to be offset by projects such as planting trees, to only vague goals for limiting emissions.

UN leaders say early deadlines on meaningful cuts are crucial as they allow time to try to shame the nations that offer no action into promising to reduce their greenhouse gases.

The EU document also says the European Commission will organise by November an international conference to enhance understanding of the importance of pledges, known as intended nationally determined contributions (INDCs).

It wants regular reviews of progress given that the Paris agreement is unlikely to deliver enough national promises to keep global warming below the 2 degrees Celsius level scientists say can prevent the most devastating consequences in terms of flooding, drought and other extreme weather.