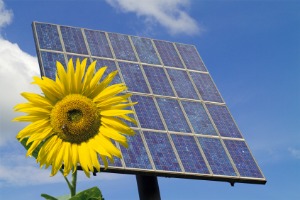 Europe’s solar photovoltaic (PV) industry is “weathering a period of uncertainty” and growth rates are likely to stall, according to the industry’s Global Market Outlook for Photovoltaics until 2016, released today (9 May).

Solar PV’s growth rate was meteoric last year with 21.9 gigawatts (GW) of solar electricity connected across Europe – up from 13.4 GW in 2010, according to the report by the European Photovoltaic Industry Association (EPIA).

But faced with a wider economic slowdown, strong global competition, a sometimes unpredictable regulatory environment and a reluctance of banks to lend, the report warns that “such a rapid growth rate cannot be expected to last forever.”

“European markets where PV has developed vigorously in recent years have reached, at least for the time being, a level that will be difficult to maintain in the two coming years,” it says.

Even so, solar now accounts for 2% of electricity demand in the EU, rising to roughly 4% at peak demand times.

“The PV industry is now weathering a period of uncertainty in the short-term,” said EPIA's President Dr Winfried Hoffmann.

“But over the medium and long-terms the prospects for continued robust growth are good.”

However, the current solar slowdown – which has seen four solar companies go to the wall in as many months – will not be offset by growth elsewhere in the near future, EPIA believes.

“New markets around the world will have to be opened up to drive PV development in the coming decade just as Europe accounted for it until now,” the report argues.

The EU is currently mulling legal action against China, which has provided $30 billion in loans to its solar energy industry, for unfair "dumping practices", although the issue is a divisive one in the industry.

Earlier this year, German company Solarworld AG announced that it was preparing an anti-dumping suit against Chinese firms operating in the EU. But others believe that China’s key role in lowering the price of solar electricity will be a boon for the industry in the long term.

“Without global competition and cheap Chinese PV modules, we wouldn’t be as close to grid parity as we are today,” EPIA’s secretary-general Reinhold Buttgereit told EURACTIV in April, referring to the watershed at which renewables become cost-competitive with fossil fuels.

Despite concerns about Europe’s access to China’s renewables market, Beijing was the top non-European PV outlet with 2.2 GW of solar capacity installed in 2011.

Italy was Europe’s top solar energy market for 2011 last year, with 9.3 GW of electricity connected and five other countries also installed more than 1GW of additional PV capacity: Germany, France, China, Japan and the US.

The International Energy Agency has predicted that solar could provide “a third of the global final energy demand after 2060”.

But despite its huge promise, solar currently provides less than 1% of energy sold globally, mainly due to its intermittent nature and low intensity. The main reason for this has been difficulties exploiting the resource on a large scale and at a competitive price.

Solar electricity will become attractive when it falls below so-called "grid parity," the point at which renewable energy becomes cost-competitive with conventional sources like fossil fuels. Europe is nearing this point.

Favourable regulatory regimes and rapid technological evolution in the industry helped the sector to get onto its feet quickly. But many in the industry now fear that the sudden removal of tariffs, often retroactively as seen in Spain, is damaging future growth prospects, particularly in Europe.

2020: Deadline for EU states to source a 20% share of their national energy mixes from renewable energy.