97% of Copenhagen’s heat is provided by warmth generated as a byproduct of power plants, which is harnessed and poured into homes, saving households €1,400 annually. [Luiz Eduardo / Flickr]

When Copenhagen opened its first district heating power plant in 1903, climate change was an unheard-of phenomenon. And as the system rapidly expanded in the 1970s and 80s in response to the oil crisis, the motivations were more about energy security and economics rather than the environment.

But now, that early development has given the city a leg up in the fight against climate change. Today 97% of the city’s heat is provided by warmth generated as a byproduct at power plants. This waste heat is ordinarily released into the air or sea, but in Copenhagen it is harnessed and poured into homes, saving households €1,400 annually.

Perhaps more importantly, it averts 65,000 tonnes of CO2 each year that would have been generated from normal heating.

The Commission released a heating and cooling strategy in 2016 which aims, among other things, to promote the use of ambient heat that is otherwise wasted through combined heat and power systems.

This week, stakeholders and policymakers gathered in Brussels to look at the state of play of district heating across Europe. What emerged was a picture of cities at extremely different stages of development. But what is clear is that cities are looking enviously at the Copenhagen example and want to emulate it. Is a new EU heating and cooling strategy needed?

Paul Voss, managing director of industry association Euroheat & Power, urged the Commission to provide a policy framework that will support the development of these systems. Cities that have put the systems in place recently have already seen impressive economic and climate benefits, but they need more policy support, he said.

Astrid Madsen, process manager for the energy transition in the city of Rotterdam, said the Dutch city wants to put in more district heating solutions but is facing many political obstacles.

“What we’ve found is there is a surplus of carbon-free heat and a shortage of carbon free electricity – because we don’t have that much room for turbines and solar panels in our area,” she said.

“We need financial instruments. District heating makes sense, but it’s a high upfront cost and a long-term investment. If you have a higher return on investment it ends up having high connection costs. Dropping a few percent on return of investment you dramatically drop the connection costs and then you have a good proposition for the end.”

But without consistent policy coming from EU level providing investors the confidence to make this up-front investment, she said it won’t come.

“You need to have clear rules. It starts on an EU level but it drops down to the national level,” she said. “District heating might be more local but I want to avoid that it becomes a completely separate set of rules, because then you end up in isolation instead of integration. A lot of national rules and regulations are needed. But having a clear path from the EU will help also at national level to build the right frameworks.”

The city of Espoo in Finland is further along in its district heating situation, but still faces obstacles. Mikael Lemström, Vice President of heating and cooling at Fortum, which provides the city with its heat, explained to the conference how district heating has expanded there. In 2011 the city’s district heating network was 22 kilometres long. Today it is 120 kilometres. Energy recovery units have grown from nine megawatts last year to 29mw today. They want to expand further, but at a certain point cities run into a beguiling capacity problem.

“The capacity need itself is so huge that this sector coupling deserves some kind of note, some kind of regulation,” he said. “Today’s heating customers are paying for electrical capacity.” 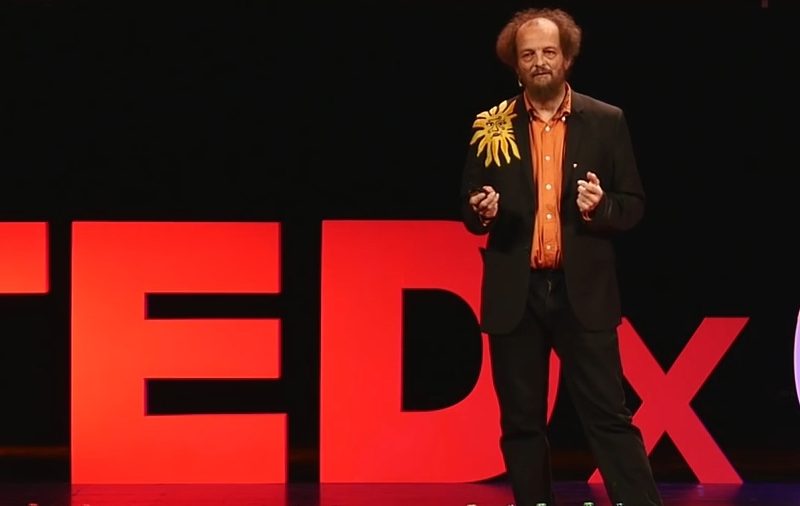 Solar CEO: 'Heating electrification is one of the biggest mistakes of the energy transition'

Wind and solar photovoltaic are way too small to cope with Europe’s massive demand for heating, especially in winter, says Christian Holter who calls for allocating scarce renewable energy resources to economic sectors where they can bring the most in terms of carbon reduction.

Much of the discussion at the conference centred on how to convince homeowners to refit their buildings. Emma Coker, a low carbon heat analyst with Bloomberg New Energy Finance (BNEF), explained that the typical upfront costs of a central home heating system using a ground-source heat pump is €15,000, compared to €3,132 for a gas boiler.

Over time, the consumer should recoup those costs. But how do you convince them to make the up-front investment?

“Why doesn’t every home have a heat pump? Because they’re expensive,” she said. “I don’t know about you, but I don’t have an extra 15,000 euros lying around to spend on a heat pump.”

She noted that while district heating globally has been growing, that comes in spite of Europe rather than because of it. The global growth is being driven by Asia in industrial networks – in Europe it is declining.

It’s a worrying development because Asia has the most coal in district heating networks. “Europe’s getting cleaner and smaller, Asia’s getting bigger and dirtier,” she said. A big part of the problem is that Europeans don’t want to make the investment.

Philippa Nuttall Jones, editor of Foresight Climate & Energy, noted that back when the existing gas systems were installed, nobody thought about consumer acceptance. “In the Netherlands in the ’60s nobody asked if people wanted to be hooked up to gas, they just did it. So how important are consumers here?”

Panellists remarked that the regulatory situation in Europe is much different now than it was in the ’60s. But consumer attitudes may be the same. “A lot of low-income people don’t want to participate, they just want it to be taken care of,” said Coker. “That’s where government comes in.”

Karlis Goldstein, a policy officer with the European Commission’s energy department, said district heating is very much on the minds of EU officials as the new commission prepares to take office.

“District heating systems will be part of the solution, like gas and electricity and biomass,” he said. “The discussions that we’re having is the foundation for a completely transformed system. The way that we have district heating today is not necessarily the kind of district heating we’re going to have in 2050.”

He noted that things have evolved since the Commission released its heating strategy several years ago. “We now have targets for 2030, plus the 2050 vision for carbon neutrality, yet we have no new district heating strategy,” he said. “That’s a lot to be thrown in the mix.”

“We need detail by the end of 2020 from member states. We’re looking into the substance of energy efficiency first. In a nutshell it means thinking about non-capital investments before you do them – improving things that you already have.”

“The Commission is now changing its mandate, and the next people will have to decide what the next period will bring,” he added. “But we’re looking into all of these opportunities, we’re not ruling anything out.”