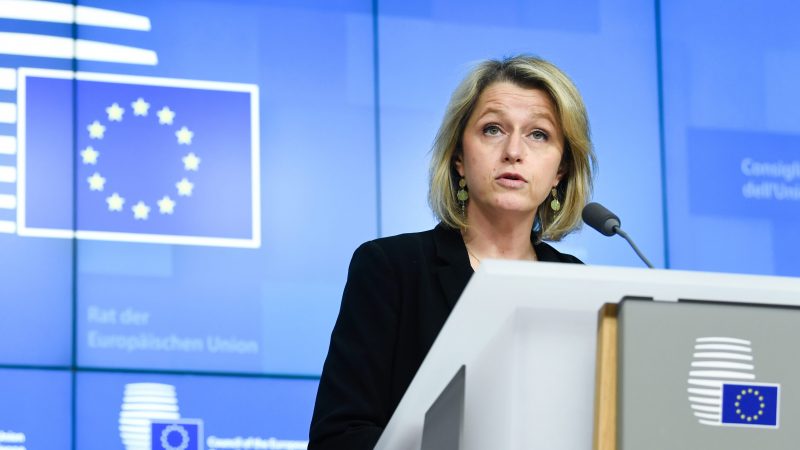 “We have to respond to the [climate] crisis, but we should also look at our need for energy independence,” said French minister Barbara Pompili [European Union]

As the war in Ukraine continues to rage and claim more lives, Europeans are finding new reasons to push forward the EU Green Deal as the surest way of severing their dependence on Russian fossil fuels.

But far from shaking Europe’s green convictions, the war in Ukraine has only reinforced them.

During a meeting of the EU’s 27 environment ministers last week, there was overwhelming support for speeding up climate legislation as a way of breaking Europe’s dependence on Russia.

“The international context has changed dramatically, and our debate now takes place in a very serious situation and takes on a whole new tenor given the threat to European sovereignty,” said French ecological transition minister Barbara Pompili as she opened the meeting.

“We have to respond to the [climate] crisis, but we should also look at our need for energy independence,” she added.

Every minister at the meeting mentioned the war in Ukraine during their intervention, with almost all of them repeating the need to break away from Russian fossil fuels.

“Every time we fill our cars with Russian diesel and every time we heat our houses with Russian gas, we are effectively paying for Putin’s war machine, and this has to stop,” said Latvian environment minister Artūrs Toms Plešs.

Even for a country like Bulgaria, which is almost 100% dependent on Russian gas, the push for renewables is now becoming a security priority.

“Russia does not produce our solar panels or wind turbines. It only produces fossil fuels – we have to phase them away,” said Borislav Sandov, deputy prime minister and environment minister in Bulgaria.

Ursula von der Leyen, the President of the European Commission who has been pushing her Green Deal for more than two years, is now labelling the push for renewables, energy efficiency and emissions reductions as ‘security policy’.

This narrative is likely to carry into a summit of EU leaders taking place on 24 and 25 March. Draft summit conclusions, seen by EURACTIV, reaffirm the EU’s determination to “phase out its dependency on Russian gas, oil and coal imports as soon as possible.”

A couple of weeks ago, the European Commission outlined proposals to reduce the EU’s dependence on Russian gas by two thirds before the end of the year as part of a plan to become independent from all Russian fossil fuels “well before 2030”.

More detailed plans are expected by the end of May, but the gist of it is already clear: “Following the invasion of Ukraine by Russia, the case for a rapid clean energy transition has never been stronger and clearer,” the Commission wrote.

This was not a foregone conclusion. As the war in Ukraine unfolded and sent energy prices skyrocketting, there was concern that the EU’s green objectives could be delayed.

But at their meeting last week, an overwhelming majority of EU ministers called for Europe to push forward with these proposals as quickly as possible.

Countries like Austria, Belgium, Denmark, Greece, Latvia, Luxembourg, the Netherlands, Portugal and Spain went even further, saying that Europe’s energy transition needs to be sped up.

“We have to ask ourselves, honestly, whether our ambitions are ambitious enough? Should we not move even more quickly into renewables? Shouldn’t we adapt our objectives? Should we take efficiency more seriously?” Austrian environment minister Leonore Gewessler asked her colleagues.

That sense of urgency is echoed by the European Commission, which has called on the European Parliament and EU countries to consider “higher or earlier targets for renewable energy and energy efficiency” in response to the changed geopolitical situation.

“This war is the starkest reminder of the urgent need to reduce our dependence on fossil fuel imports…if anything, the war is a reason to accelerate our efforts,” environment Commissioner Virginijus Sinkevičius told ministers.

Even the Visegrad 4 countries – Hungary, Poland, Czechia and Slovakia – have toned down their criticism of the EU’s climate policy.

While they are still not sold on some aspects of the Green Deal, these countries are firmly behind the effort to phase out Russian fossil fuel, which would also help Europe meet its climate goals.

“I believe that the ‘Fit for 55’ package represents a crucial instrument to cope not only with climate change but also with all of our energy dependencies,” said Michal Kiča, state secretary at the Slovak environment ministry. He was referring to a package of EU legislation table last year, which aims to cut the EU’s emissions by 55% before the end of the decade.

Hungary was one of the most conservative voices at the meeting, but even Budapest joined the call for pushing green policies forward in response to the war in Ukraine.

“I’d like to express our solidarity towards the Ukrainian people and also join voices with those who expressed that we have to face a new reality in which one answer is apparently the speeding up of the green transition,” said Gábor Baranya, from the Hungarian permanent representation in Brussels. However, he added that Hungary’s position as a frontline country risks creating uncertainty and turbulence.

Poland, too, has been cautious about transitioning to a sustainable economy, but the war has impacted Warsaw’s view of the energy transition.

“Clearly, as has been said before, the long term objective that we have is a climate-neutral Europe by 2050. That goes hand in hand with doing away with our need for fossil energies, which goes along with our new shared concern, namely, doing away with fossil fuels from Russia,” said Adam Guibourgé-Czetwertyński, Polish undersecretary of state at the Ministry of Climate and Environment

Poland also used the moment to call for sanctions against Russia’s energy sector. The best way to address the war in Ukraine is “to react forcefully at the European level with strict sanctions particularly in the area we are concerned with: energy”, said Guibourgé-Czetwertyński.

The Polish minister also appeared to challenge Germany, saying that German experts had told him that sanctions on Russia would cost the economy 1-2% of GDP. This, he added, is “about what the energy transition would cost Poland just to give you an idea of the orders of magnitude involved”.

Sanctions on Russia’s energy sector may come up in the meeting of EU leaders later this week. However, countries like Germany are still against these because of fears over Europe’s security of supply. 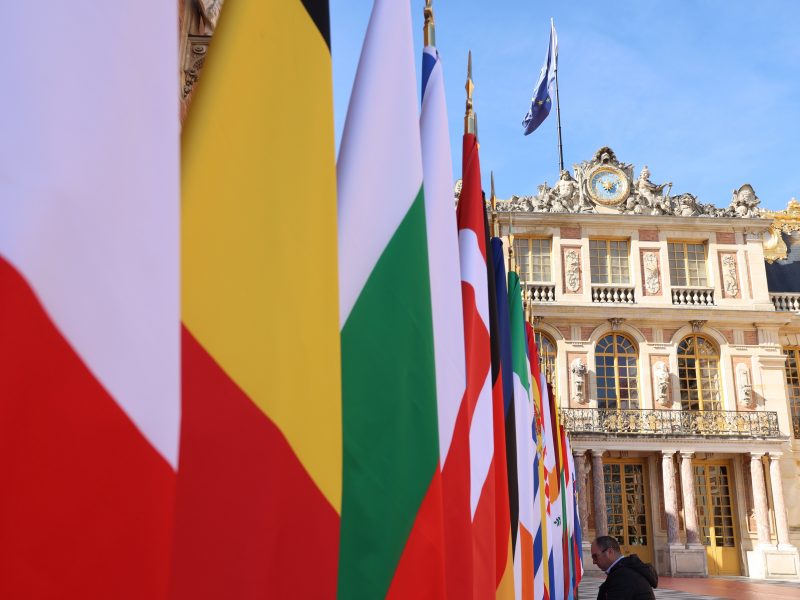