Seven major truck manufacturers pledged to stop selling fossil-fuelled vehicles by 2040 on Tuesday (15 December), just as a landmark new study made the case that hydrogen should play a major role in powering heavy-duty transport in the coming years.

CNH, Daimler, DAF, Ford, MAN, Scania and Volvo signed a joint declaration with the Potsdam Institute for Climate Research this week, committing themselves to a fossil phase-out by 2040.

“Carbon-neutrality by 2050 at the latest implies that by 2040 all new commercial vehicles sold must be fossil-free. And this is a pledge that the commercial vehicle industry is making now for the first time,” the pledge reveals.

Scania CEO Henrik Henriksson said: “If road freight transport is to maintain its role in serving society, we need to move away from fossil fuels as quickly as possible. Not only are we convinced that it is necessary, we know it is possible and we are ready to make it happen.”

The truckmakers’ ambitious statement is in line with what the European Commission has outlined in its new sustainable mobility strategy, which aims to get 80,000 zero-emission lorries on the road by 2030 and for all new sales to go green by 2050.

“Reliable and efficient zero-emission vehicles are already beginning to hit the market, but we will need to rapidly increase their numbers and range over the next few years,” the declaration explains.

It adds that “this will require a paradigm shift, moving away from fossil fuels as the main energy carrier as quickly as possible” and warns that “zero-emission vehicles will not take off as long as diesel remains cheaper”.

New EU rules, including the Eurovignette on road charging and an upcoming review of the bloc’s energy taxation legislation, are likely to shift the needle away from fossil fuels and towards e-mobility, hydrogen and low-carbon fuels.

Clean mobility NGO Transport & Environment welcomed the truckmakers’ pledge but warned that it “must not be used as a trojan horse to increase biofuel use. Only genuine zero-emission technologies (such as battery and H2) are the solution.”

According to a study published on Tuesday by the EU’s Fuel Cells and Hydrogen Joint Undertaking, a private-public partnership geared towards accelerating the market deployment of those technologies, hydrogen will play a significant role.

It concludes that fuel-cell hydrogen (FCH) trucks can become cost-competitive by 2027, if hydrogen drops to €6/kg, and the study also touts their “high operational flexibility and relatively short refuelling time”.

There are still doubts about electric batteries and their capacity to power long-haul heavy-duty transport, although their application in urban journeys and overhead-wire motorway convoys are yielding strong results.

Hydrogen costs should fall in step with supply, as more electrolysers come online. Which kind of hydrogen used to refuel vehicles will also be a crucial part of the debate, as ‘grey’ and ‘blue’ hydrogen both use fossil gas in their manufacturing processes.

The data shows that in a baseline scenario where costs and vehicle production proceed in a positive way, FCH could take 17% of new sales by 2030, going some way toward hitting the Commission’s 80,000 benchmark.

“We are convinced that FCH heavy-duty trucks in the logistics industry can serve as a trailblazer for hydrogen applications by showcasing the environmental and commercial benefits in Europe,” said another declaration by truckmakers and other stakeholders.

The study does admit that given the current state-of-play of the industry, FCH vehicle purchases will involve an initial purchase premium of around 20% when compared with diesel alternatives.

Twenty-two technological and non-technological barriers were identified by the authors, including consumer hesitation about a new technology, but they added that “none of these barriers are deemed showstoppers for successful commercialisation”.

One major obstacle currently is the small size of the refuelling network – a constraint also felt by electric vehicles – and the EU and national governments have been urged to ensure funding for new infrastructure flows to where it is needed most.

“Furthermore, H2 refuelling infrastructure needs to be rolled out significantly and synchronised with FCH truck sales,” adds the study.

Next year, the Commission is due to review its Alternative Fuels Infrastructure Directive as part of a huge update to all of its climate-linked legislation. That is likely to elevate hydrogen refuelling further up the agenda.

Road transport is not alone in eyeing a piece of the hydrogen pie though and given the limited supply, it will face competition from industrial facilities – generally acknowledged to be the sector where the fuel can yield the biggest environmental gains – and other transport nodes.

Rail is quickly emerging as a candidate for hydrogen decarbonisation, especially in areas where electrification is difficult or too costly, while there is also huge potential to use the fuel in aviation and maritime, although prototypes are more immature by comparison. 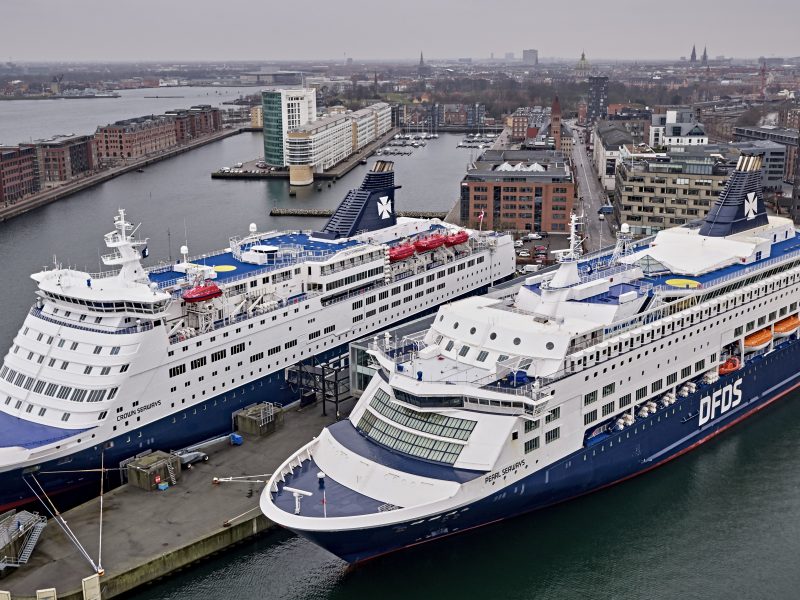 One response to “Europe’s truck giants to ditch diesel, as hydrogen’s benefits come to fore”