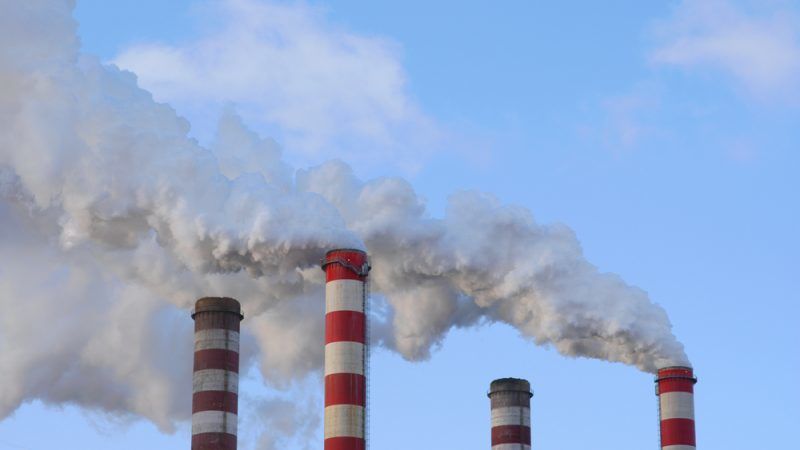 ETS limits emissions from more than 11,000 heavy energy-using installations and covers around 45% of the EU's greenhouse gas emissions. [Shutterstock]

Member states signed off on Tuesday morning (27 February) on a reform deal for the ETS that will govern the 2021-2030 period, after MEPs gave their approval earlier this month.

The ETS is the bloc’s flagship emissions reduction tool and EU leaders hope tweaks to the scheme will help the Union meet its target of cutting greenhouse gas emissions under its Paris Agreement commitment.

“Reducing greenhouse gas emissions will not only contribute to the fight against climate change but it will also positively impact the improvement of the air quality. Protecting the environment and the health of European citizens is one of the priorities of the Bulgarian Presidency,” Bulgaria’s environment chief, Neno Dimov, said in a statement.

An overall cap on the total volume of emissions, known as the linear reduction factor (LRF), will be reduced annually by 2.2%. The directive also tackles the prospect of industries relocating outside the jurisdiction of the ETS, or carbon leakage, through a comprehensive revision of free allocation rules.

The price is right

Improvements to the system also include measures to reduce the number of emission permits issued and increase the trading price of carbon. To that end, the deal doubles the rate at which the ETS’s Market Stability Reserve (MSR) soaks up excess allowances.

The ETS has struggled to push up the price of carbon since it was first launched in 2005. A higher carbon price means that industries will be more likely to invest in emissions reduction technologies rather than just paying to pollute.

Since the ETS negotiations were brought to a close in November, the price of carbon has increased 25% and was trading at just under €10 a tonne, or near a six-year high, when this article was published.

“After difficulties in recent years due to the economic crisis, today, with a carbon price at close to 10 euros, the EU ETS is back,” EU climate boss Miguel Arias Cañete told Bloomberg News. “Not only is the worst over for the EU ETS but it has also inspired other large carbon emitters to implement similar systems.”

But critics still insist that the price is too low and a figure around the €30 mark is needed to really unlock the potential of carbon market trading.

Final approval by the Council means that the updated directive will enter into force 20 days after its publishing in the official journal of the EU. But EU budget chief Günther Oettinger may have already thrown a potential spanner in the works.

As part of ongoing talks on how to balance the bloc’s coffers when the United Kingdom leaves the EU next year, the German Commissioner has suggested tinkering again with the ETS in order to shift income generated by the system from national to EU level.

Brexit is set to leave a €13 billion hole in the EU’s accounts and Oettinger’s plan could go some way to filling it. British Conservative MEP Julie Girling, who led the negotiations on the part of the Parliament, called the idea “politically toxic”, given the effort needed to broker the deal in the first place.