Renewable energy is on the up but not at the rate that is needed. [Photo: Shutterstock]

Twelve of the 28 member states have now reached their individual benchmarks, which were calculated based on a number of factors ranging from their energy-mix starting point to geographical considerations.

Since the last set of data was released in February 2019, just one country – Latvia – has achieved its 2020 goal early, after it upped its biomass and hydropower capacity.

Austria, Hungary, Portugal and Romania are all within striking distance and an extra percentage point will add them to the list of twelve early-finishers. 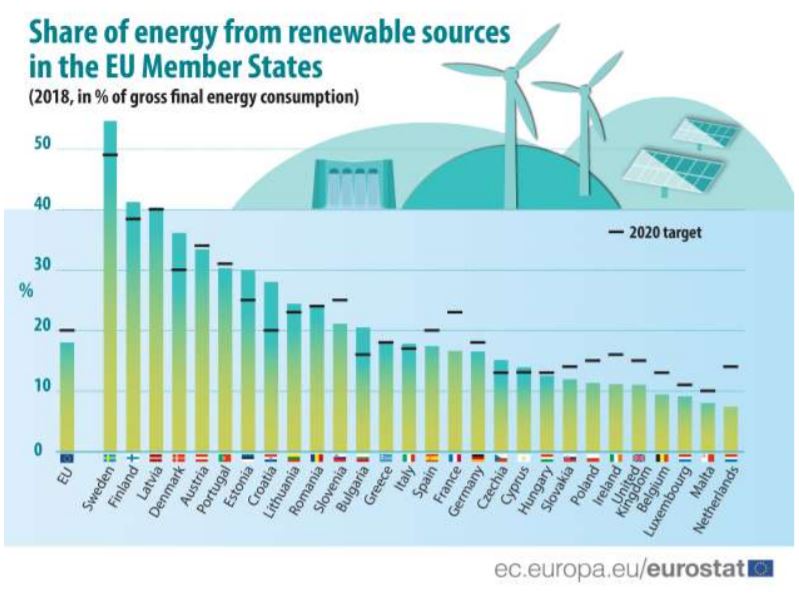 But the rate of overall progress has come in for criticism. The head of industry group WindEurope, Giles Dickson, said that “if we can’t meet the modest 2020 targets, something needs to drastically change to deliver the far more ambitious Green Deal targets”.

Eurostat points out that renewable capacity has doubled since 2004 but a closer look at the data shows that as of 2015, there has been a slowdown in annual increase. According to the current trend, the 2020 target will not be met.

Progress is also slow in the transport sector, where an EU-wide target of 10% for renewables is in place for 2020. Just Sweden and Finland have so far met the goal as of 2018, while in five other countries the share actually decreased compared to 2017.

Environmental group CAN Europe said in a statement that “EU leaders must fix this and translate their climate commitments into tangible policies that further steer investments away from fossil fuels towards 100% renewables-based energy systems.”

National governments are now in the process of submitting their energy and climate plans for the next ten years to the European Commission, which will check their proposed targets against a raft of clean energy laws that are in place for 2030. 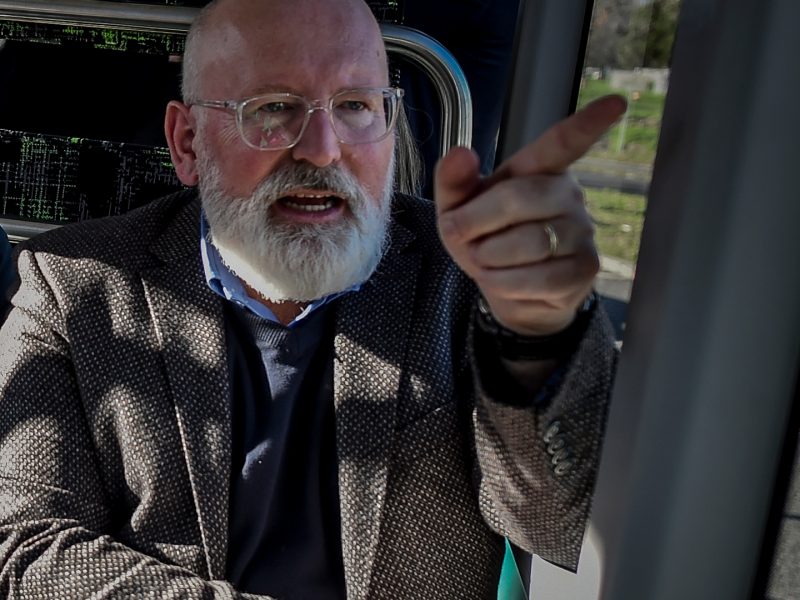 The most relevant among them for today’s Eurostat data is the 32% renewables benchmark. Unlike the 2020 rules, there are no country-by-country targets but the Commission will check whether there is enough on paper to meet what is required.

Italy was among one of the most recent countries to hand in its final plan, which sets a 30% goal for 2030. That is nearly double the current amount of installed capacity.

For the more immediate future, countries will face hefty fines and legal action from the Commission if their 2020 efforts are judged to have insufficiently contributed to the overall mission.

One option in the legal toolbox is an accounting trick known as a statistical transfer, where countries can pay other member states for a portion of their surplus energy, which is then recorded under their ledger instead.

Luxembourg already took advantage of the legal book-cooking in 2017, paying Lithuania a reported €10m to bump up its struggling accounts. According to the Eurostat data, the Grand Duchy is only a couple of percentage points away from its 11% target.

The Netherlands, which is the worst placed to meet its commitments, is exploring the idea of brokering similar deals. A Dutch spokesperson told EURACTIV that “talks are ongoing but it is too early to comment on substance.”

The more countries meet their targets early, the more the statistical transfer option can be used to balance the books across the bloc and avoid fines. It will, however, have no effect on the EU-wide total.

It could create a virtuous circle though, in that payments are expected to be used to build even more wind turbines and solar panels, for example. Estonia has indicated that it wants to sell off its excess stats so that it can build wind farms.

Eurostat also released data for some of the countries aspiring to join the EU. Figures for Montenegro and Serbia, the two Western Balkans applicants deemed closest to gaining membership, show differing fortunes for the two.

Montenegro has long smashed through its 2020 target of 33% and stands on 38.8%, while Serbia is struggling on 20.3% against a benchmark of 27%. Neither Albania nor North Macedonia have reached their goals either.

Commission President Ursula von der Leyen has pledged that new climate rules finalised under her administration will make “Europe” the first climate-neutral continent. But given the less than rosy picture in non-EU countries, that promise still needs plenty of work.