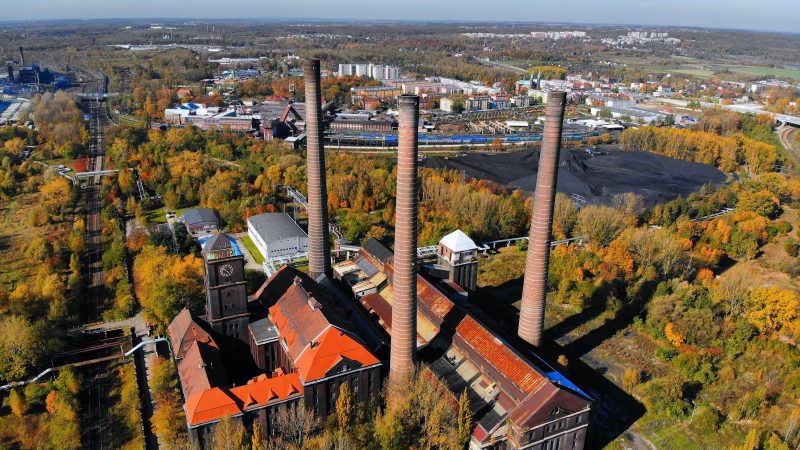 Bytom, Poland. The people of Bytom helped power Europe's industrial revolution, said Elisa Ferreira, the EU’s regional commissioner who visited the city in January. "They worked for the prosperity of Europe," she said. "Now Europe must work for them." [Shutterstock]

As a teenager, Mariusz Wołosz was a promising boxer in Bytom in southern Poland, where his club was funded by one of the city’s many coal mines.

When the mines began closing in the 1990s, however, so did the club, halting Wołosz’s boxing career and condemning his once-bustling hometown to decades of poverty and decline.

Today, as Bytom’s mayor, Wołosz is fighting again, this time for a share of a new European Union fund designed to shift coal-dependent regions towards a greener economy.

Poland is likely to be one of the biggest beneficiaries of the EU’s €7.5 billion Just Transition Fund, which Wołosz hopes will kickstart Bytom’s moribund economy and attract new investors after decades of neglect.

“We have set our sights on the EU funds,” Wołosz told Reuters. “Bytom is worth saving.”

Transforming forgotten places like Bytom is a crucial test for the EU in a landmark year for climate diplomacy. Alone among EU nations, Poland didn’t sign up to the 2050 zero-emission goals, and the Just Transition Fund plays a key role in getting them on board.

“I believe Bytom has the capacity to become an example of a successful transition,” Elisa Ferreira, the EU Commissioner in charge of the fund, told Reuters.

The people of Bytom helped power Europe’s industrial revolution, said Ferreira, who visited the city in January. “They worked for the prosperity of Europe,” she said. “Now Europe must work for them.”

Behind the lofty words lies an immense task.

Even as Mayor Wołosz dreams of Bytom prospering without coal, he is trying to save jobs at the city’s last remaining mine, while fighting to prevent a private investor from starting a new one.

Bytom is still suffering from its last botched attempt to transition from coal in the 1990s.

In its heyday, the city had seven coal mines and two ironworks, offering steady work and plentiful housing that lured thousands of workers from across Poland.

Most mines were closed in a post-communist restructuring of Poland’s coal industry between 1996 and 2005, and Bytom’s death spiral began.

Tens of thousands of people were thrown out of work. Rates of crime, alcoholism and suicide rose. The city’s population shrank from 230,000 in 1990 to 143,000 today as ex-miners and their families sought work elsewhere in Poland or abroad.

A century or more of mining and heavy industry has buckled roads, cracked old buildings and polluted fields and rivers. Damage to one housing estate was so severe that it was evacuated and demolished in 2012.

Mayor Wołosz hopes the new EU fund will grant Bytom at least 1 billion zlotys (€231 million) which he has earmarked to build a new ring road and renovate potential sites for investors.

One such site is a derelict railway yard that once serviced narrow-gauge coal trains. Right now, it looks like a scene from a dystopian video game, with old carriages rotting away in damp, cavernous sheds.

The Polish Wind Energy Association, a lobby group, wants to build a new centre on the site, to train ex-miners and other local workers for jobs in the country’s burgeoning wind industry.

The Association hopes that part of the €11-19 million price tag will be covered by the Just Transition Fund.

But Bytom is still struggling to imagine life after coal. It still has one mine, employing about 2,000 Bytom citizens and sustaining 3,000 jobs in related industries.

If it closed, Wołosz said, the city’s unemployment rate would double.

The mine’s owner, the state-owned company Weglokoks, has shelled out millions of zlotys to compensate for the damage its operations have caused. This has raised production costs and forced up the price of coal.

“We have to be careful with our demands so that we don’t kill the company,” said Wołosz, who wants to avoid past mistakes and ensure there are alternative jobs for the mine’s workers.

Another challenge to Bytom’s coal-free future comes in the form of a local company called Carbo Veneco. In June, it applied for a government concession to re-open part of a state-run coal mine that was closed in 2015.

City hall opposes the project, fearing it could damage Bytom’s historic buildings and send the wrong message to new investors and old residents.

“It’s tough living here,” says Maria Wolos, a resident of a Bytom district built for workers over a century ago, and now run-down and semi-deserted.

“I’m from the other end of Poland,” she said. “We came here for an apartment and job and now we would like to leave.”