Cuffe’s big idea is a call for the European Commission to introduce “integrated renovation programmes” (IRPs) at EU level in order to speed up “deep renovation” of the existing building stock across entire neighbourhoods. [Sebastian Dooris / Flickr]

Ciarán Cuffe, a former Irish minister now turned MEP, has urged the European Commission to take a locally integrated approach to building efficiency, saying it will be “critical” to the success of the upcoming renovation wave announced as part of the European Green Deal.

“The renovation wave holds massive potential to transform our building stock EU-wide, lift millions of people out of energy poverty and mitigate the worst impacts of climate breakdown,” Cuffe told EURACTIV in an emailed statement, accompanying a draft own-initiative report for the European Parliament.

Announced last year as part of the European Green Deal, the building renovation wave should now be seen in a different context following the COVID-19 outbreak and brought under the post-pandemic recovery plan currently being drawn up at EU level, Cuffe says.

According to Cuffe, the EU’s upcoming recovery plan “can play a crucial role in financing the renovation wave”, which he says will require more than €75 billion in EU incentives per year.

“A European renovation wave could assist with an economic recovery by creating local jobs, upskilling workers, and creating resilient communities,” he writes.

In his report, Cuffe recommends introducing a mandatory EU-wide “building renovation passport” that keeps track of a building’s energy performance and renovation progress.

But Cuffe’s big idea is a call for the European Commission to introduce “integrated renovation programmes” (IRPs) at EU level in order to speed up “deep renovation” of the existing building stock across entire neighbourhoods.

According to the former Irish minister, renovation projects can deliver more benefits if they do not focus only on individual buildings but are considered as part of a broader local ecosystem.

“It is essential that local communities are consulted and given a say in the renovation programmes for their area,” Cuffe told EURACTIV.

It is not the first time that local communities are put at the centre of the energy transition.

The concept of “Citizen Energy Communities” was introduced in EU law as part of a revamp of electricity market rules in 2018. Under the new rules, people in the same building or neighbourhood can band together to produce, share or sell their own electricity.

The EU’s stated goal was to make it easier for citizens to invest in small-scale renewable energy systems, even if they do not own a roof to put solar panels on.

“Consumers and communities will be empowered to actively participate in the electricity market and generate their own electricity, consume it or sell it back to the market,” the European Commission promised at the time.

Although building renovation is primarily about saving – not producing – energy, Cuffe calls for “active involvement of local actors such as energy communities” in renovation programs.

“It makes sense to address technologies allowing for flexibility and the installation of on-site renewable energy sources (…) at the same time as energy efficiency measures,” the report states.

The integrated approach to building renovation enjoys broad support from many associations that provided input into Cuffe’s report.

“We need to recognise that homes are part of a local ecosystem of intermixed buildings, businesses, energy and people,” says Energy Cities, the European association of cities in energy transition.

A district-level approach can “reduce emissions from heating and cooling and increase the comfort and health of citizens at home, work and school,” writes Adrian Hiel from Energy Cities in a blog post.

“A district-level approach is needed to move quickly and deeply!” the association said.

Cuffe sees a pivotal role for the European Commission to facilitate “Integrated Renovation Programs,” saying a specific state aid regime could be applied to them.

“One-stop-shops” can also be set up a local level to bring information, advice and financing to citizens about building renovation programmes or inform them about initiatives from energy service companies. 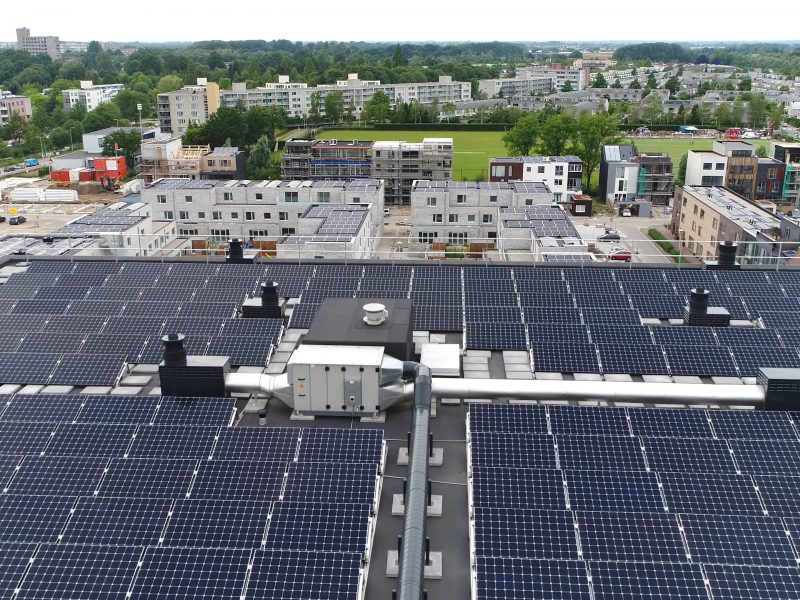 But even though the neighbourhood approach to building renovation enjoys broad support, it is not seen as a panacea by energy efficiency advocates.

“We support the district approach as far as it does not run counter to a large deep renovation policy of individual residential and not residential buildings,” said Monica Frassoni, President of the European Alliance to Save Energy (EU-ASE), a trade association.

According to EU-ASE, an integrated neighbourhood to building renovation approach can “achieve economies of scale” and rejuvenate whole areas in cities. However, minimum energy performance standards of individual buildings should not be jeopardized, it adds.

“The energy efficiency first principle must be the absolute priority in planning an EU-wide building renovation wave” and should therefore be given “a clearer priority in the report,” the association said.