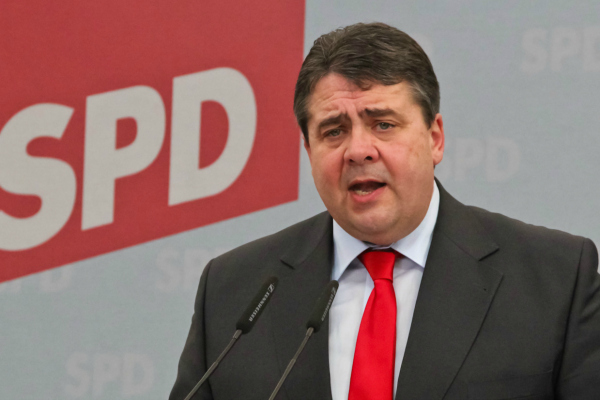 Germany's will risk losing its big industries unless they are sheltered from the cost burden of renewable energy, its economy minister said while restating his commitment to a shift to low carbon fuel.

In December, the European Commission, the EU executive, announced it would investigate Germany's management of subsidies and the discounts given to heavy industry on renewable energy surcharges.

That has raised fears within industry that its costs will rise, when it is already struggling to compete. The enquiry has also alarmed environmentalists, who say Germany's shift towards renewable energy is in danger.

"Anything else would result in us de-industrialising Germany. This is not an exaggeration. Europe cannot have an interest in damaging German industry."

The European Commission is investigating the waiver of green charges for thousands of intensive energy users because of concerns it is unfair to others that have to pay them.

Germany has acknowledged there must be reform, but also says industry must be sheltered from energy costs, which are of particular concern in Europe when the United States is benefiting from cheap fuel because of its shale gas revolution.

Brussels policy-makers have also launched a debate on wider energy and environment policy and are expected to publish discussion documents later this month on goals for 2030 to succeed a set of 2020 green energy targets.

Gabriel, who has responsibility for energy as well as the economy, is among a group of eight EU ministers to have signed a letter urging the European Union to set a 2030 goal for renewable energy use, as well as a target to cut carbon emissions.

For 2020, the European Union has a renewable energy and a carbon-cutting goal, but some nations such as Britain, and energy companies such as Germany's E.ON, say a single goal is more effective.

Britain is particularly keen for a relatively high carbon-cutting target, which would help to support emissions-free nuclear generation.

The German government in addition wants a renewables goal to help it continue with its Energiewende, or shift away from nuclear power to renewable energy, such as wind and solar.

A strong carbon market would also help that transition, although concerns from German heavy industry that it would drive up costs meant that until last year's German elections, Germany failed to back EU policy to prop up the EU Emissions Trading Scheme (ETS).

EU officials are expected to vote on a plan to remove some carbon allowances from the oversupplied ETS on Wednesday and Gabriel said he now backed a stronger market.

"We must get emissions trading back on track. If CO2 certificates are cheap, coal power stations are cheaper than modern gas-fired power plants. We must change this," he said.

In May 2013, the powerful employers’ group BusinessEurope called on European Commission President José Manuel Barroso to radically shift the EU's energy policy away from climate change mitigation towards cost-competitiveness and security of supply. [more]