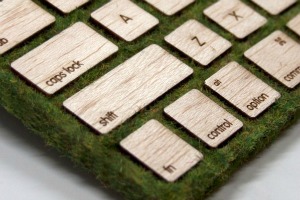 Proposed new energy savings legislation for computers across the EU has been strengthened by a show of hands among national experts from each member state in a behind closed doors vote last week (7 March).

Energy consumption goals beginning in 2014 will now be between 10-20% higher than originally proposed, while graphic cards will be reduced by 10%.

“We welcome some of the Member States’ decisions to tighten the limits on the energy consumption of computers and graphic cards, but again ignoring other environmental impacts such as resources use and hazardous content is a big disappointment,” said Stephane Arditi from the Coolproducts coalition, which is active on the issue.

“There’s still a lot more that can be done to truly green the IT sector,” he added.

Coolproducts argues that the new legislation risks providing free bonuses for the use of powerful graphic adders.

Evidence that ‘sleep mode’ functionalities on the market can already perform better than the EU’s proposed standards was ignored, the group says.

The legislation is expected to have potentially far-reaching consequences for computer manufacturers but none have reacted publicly. EURACTIV contacted over 15 computer companies and associations for comment, but all declined.

Other key issues in the sector such as the increased recyclability, durability and repairability of computers – as well as limits to the use of toxic substances – remain to be addressed by EU legislation.

The next opportunity for a review of such matters will come in 2017.

For now, the legislation will be sent to the European Parliament for a three month scrutiny period, after which it will become law.

To reduce the environmental impact of products from the design phase onwards, the EU adopted a Framework Directive on setting Eco-design Requirements for Energy-using Products in 2005

The European Commission was mandated to define minimum energy efficiency performance requirements on a product-specific basis. But no deadlines were set for implementation.

The first 19 energy-using product groups for which energy-efficiency standards were established - including heating equipment, lighting, domestic appliances and electric motors - were selected during a transitional phase after the adoption of the directive in July 2005.

In July 2008, the Commission adopted a proposal for a directive extending the scope of the ecodesign rules to cover other energy-using products.

A further 10 'product families' were identified, 17 preparatory studies were launched, and the Commission says these are expected to result in "possible regulations in 2012".