Bulgarian Energy minister Temenuzhka Petkova has said her country preferred paying a multi-million euro fine rather than follow a European Commission injunction to open up the country’s gas sector. Such a reform, in her words, would have threatened the country’s national security. EURACTIV checked the facts.

The European Commission imposed on Monday (17 December) a €77-million fine on  the state-owned Bulgarian Energy Holding (BEH) company for blocking access to key natural gas infrastructure in the country.

The EU’s Competition Commissioner, Margrethe Vestager, said the fine could have been avoided, had Sofia decided to follow another negotiation strategy. 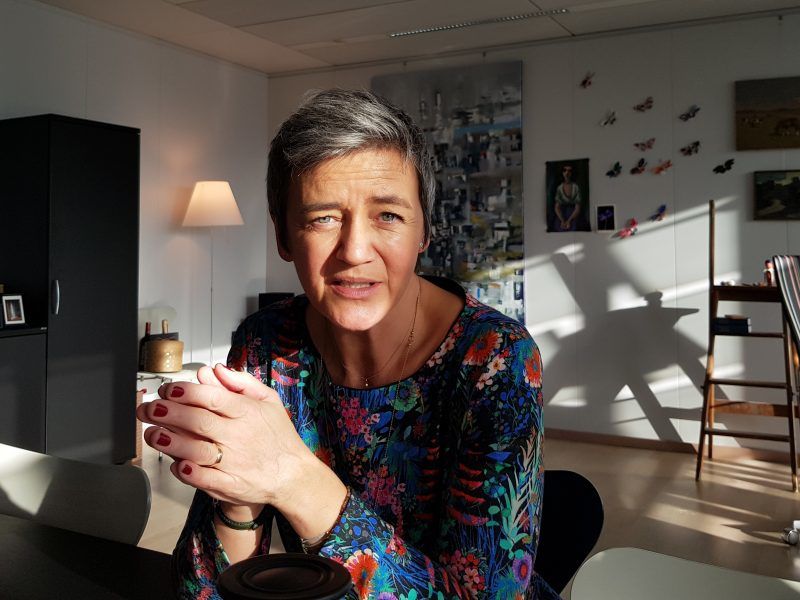 The Bulgarian gas grid is owned by Bulgartransgaz. It is part of the Bulgarian Energy Holding (BEH), a state-owned company which over the years has accumulated a multi-million euro debt to the country’s budget.

The BEH holding was established in 2008 by then-Prime Minister Sergei Stanishev, with the aim of cross-subsidising state companies at a loss.

Speaking to Bulgarian journalists, Vestager made it clear that the EU executive would have preferred to solve the case with commitments from the government, to make sure violations do not happen again.

But Bulgarian Energy minister Temenuzhka Petkova offered a different version. Speaking on the same day, she said the real reason for the fine was that the Commission had asked Bulgaria to privatise the state-owned Bulgartransgaz, allowing a foreign entity to become part of it.

“This, for the Bulgarian government, is a red line we cannot cross, because the Bulgartransgas infrastructure is directly linked to our national security. We cannot make compromises with our energy security. That’s why we refused such solution and we didn’t reach agreement with the Commission,” Petkova stated.

“Can you imagine if our government would have made such decision. Then you would ask me why did we privatise the pipes. In the privatisation tenders the biggest Russian, Turkish and other companies will come. What would be your headlines then? ‘Borissov gives away Bulgaria’s pipes’,” the Prime Minister said.

According to Borissov, the government asked Parliament the permission to negotiate with the Commission in order to prevent the privatisation. On that occasion, he said MPs had voted with an unprecedented 100% unanimity. He explained the parliament’s vote in the following terms:

“The pipes are not for sale, [government should] negotiate”. He went further: “We started at €300 million. I negotiated on one occasion, (deputy PM) Tomislav Donchev a hundred times, we brought [the amount of the fine] to 150, to 140 million, now it’s final at 77 million,” he said.

The amount of €300 million has been mentioned in the Bulgarian press as an estimation of the maximum fine, which could reach 10% of the annual turnover of the company in breach of competition rules.

Actually, the Bulgarian parliament on 24 November 2017 decided not to recognise the European Commission’s position, whatever it is, and not pay the fine. 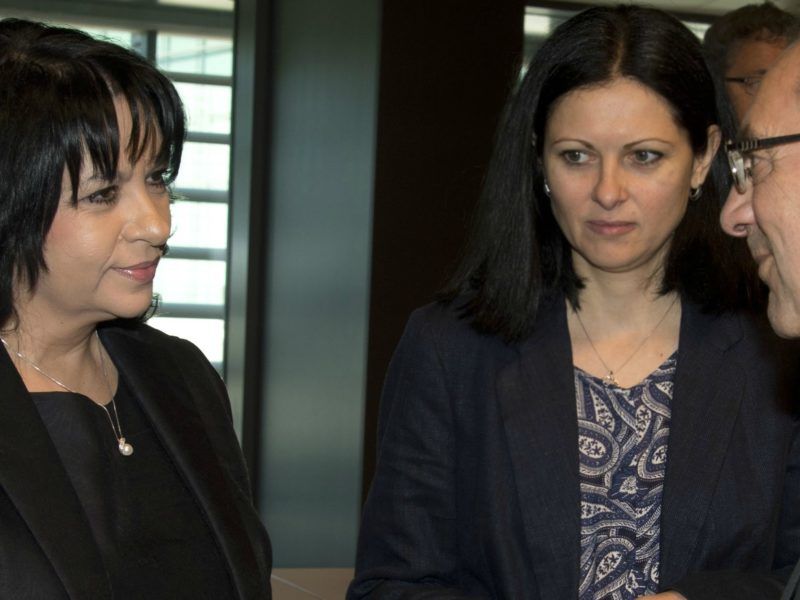 Despite the parliament vote, BEH now says they will pay the fine.

EURACTIV asked Commissioner Vestager to comment on Petkova’s assertion that the real problem was the Commission’s insistence to sell Bulgartransgaz to a foreign entity. She said the Commission asked its Bulgarian counterparts to separate the gas supply and infrastructure businesses, in line with the 2009 gas directive.

As Vestager pointed out, this has nothing to do with privatisation. Indeed, the businesses can be public, private, or a mixture of the two, as long as the two entities have a distinct legal structure and are managed separately.

Regarding national security concerns, Vestager reminded that Bulgaria – like any other EU country – was free to take the sovereign decision to chose the operator controlling its  gas infrastructure.

“You are free to say, ‘For security reasons, we don’t want this buyer of our assets’. If you separate two companies – you decide that yourself,” Vestager said, adding that there were several similar cases in Europe.

In fact, Bulgaria “doesn’t like competition” and prefers monopolies, so that those on power can control them. This is the explanation given on national radio by Julian Popov, a former Minister of Environment and Water of Bulgaria. Popov now works as a fellow at the European Climate Foundation, a think tank.

Grozdan Karadzhov, a former MP, went much further. According to him, the argument of “national security” is just an excuse for murky deals. Karadzhov is from the centre-right Reformist Bloc, a small opposition party which was unable to pass the 4% threshold to be represented in Parliament.

“In the case of energy the example is even more telling. This sector is kept in the hands of the state so that it would be a cash box for all those on power. From there are financed projects of dubious value, but bringing substantial profit for some. This is from where “public procurement” is distributed to persons and companies close to the power. And it’s not by chance that in the field of energy [in Bulgaria], there are almost no foreign investors at all.”