Fatih Birol: Energy efficiency is one of last options after Kyoto 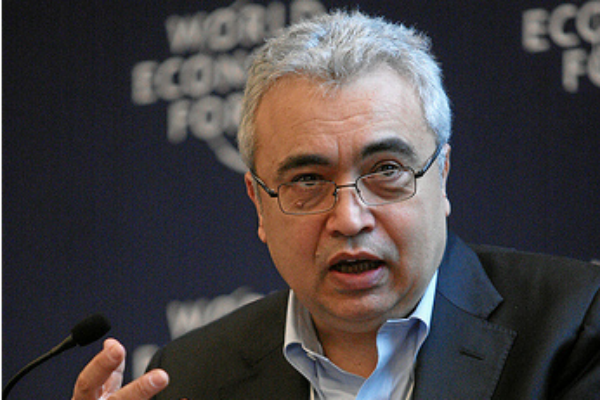 The chief economist of the International Energy Agency (IEA) has told EURACTIV that energy savings are one of the “few valuable options” left for humankind to reduce carbon dioxide emissions, as he expects no global climate agreement before 2020.

In a wide-ranging interview, Birol also said that he thought Europe would benefit from a binding energy efficiency target for 2030, and called on European member states to stop trying to weaken the current Energy Efficiency Directive (EED), which comes into effect today [5 December].

Any second commitment period of the Kyoto Protocol would be “only a shadow of its former self” because of the absence of states representing 85% of global emitters, Birol said. “Consequently I see little likelihood of substantial emissions reductions.”

“It would be a very good surprise if there is such an agreement before 2020 and as such, I believe that energy efficiency is one of the very few valuable options to reduce emissions in the short term and perhaps for some time after,” he said.

Political leaders routinely tip their hats to the importance of energy efficiency, only to take measures which environmentalists claim sabotage energy savings practice.

“We are putting energy efficiency where it should be, at the heart of our energy policy,” the British prime minister, David Cameron, told energy ministers at a clean ministerial summit in London last spring.

But the UK proceeded to hold out for a weakening of key Energy Efficiency Directive measures, proposing articles to include the concept of ‘banking and borrowing’ efficiency measures.

Th ese allow member states to count energy savings from four years before – and three years after – the directive’s nominal 2014-2020 period towards their achievements. But the article is contested and final interpretation guidelines by the European Commission are still awaited.

“It will definitely have negative consequences if [the EED] is weakened for the European economy first of all,” Birol said, “because looking at the higher energy costs in Europe compared to major competitors such as the US and China, it is the only way that the European energy systems and therefore manufacturing industries can compete.”

Cheap shale gas production in the United States has pushed prices there down to around half the European price. It has also opened doors to a flood of bargain-bucket US coal exports that now provide around a quarter of the EU’s energy needs, and threaten the bloc’s climate targets.

But while the EU’s 20% renewables and emissions goals for 2020 are binding and underwritten by the continent’s Emissions Trading System (ETS), energy efficiency is a voluntary target.

Brussels officials say that the EU is currently on track to make energy savings of around 9% [on 2005 levels] by 2020 but with the new EED, that figure could rise significantly.

“Our estimate based on the assumption that member states will only do the minimum required would secure us 15% energy savings by 2020,” said Stefan Scheuer, secretary-general of the Coalition for Energy Savings.

But this does not take into account proposed efficiency standards for cars, and ecodesign measures for boilers and water heaters, which Brussels argues will buoy the final figure to 18% – with the recession further reducing consumption to reach 20%. Scheuer though is sceptical of counting the latter as a proper energy saving.

Birol said that on a tour of European capitals, he had sensed “a growing momentum” for energy savings measures.

Asked by EURACTIV on 3 December whether binding efficiency targets were dead as an issue in future EU climate and energy packages, Irish Energy Minister Pat Rabbitte said that a legal energy savings mandate was “not off the table at all”.

“This is so effective,” Birol said of binding targets, adding that he thought they would help Europe’s businesses.

The US had launched a radical fuel efficiency standard he explained, while China had imposed new targets in a five-year plan, and Vietnam had set a goal of 20% electricity savings for 2030. India is also preparing an energy efficiency trading system for 2014.

“When I compare Europe with the other economies, European energy prices are very high and [energy efficiency] is one of the ways to help to keep Europe competitive,” Birol said.

"There is a need for government leadership."

In its draft directive, the Commission proposed individual measures for each of the sectors that could play a role in reducing energy consumption, including an obligation on energy companies to reduce their deliveries to customers by 1.5% each year, that has proved complex and in many quarters controversial.