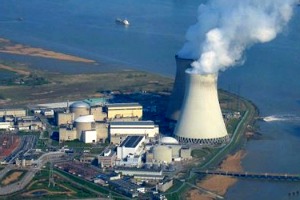 Restarting two Belgian nuclear power plants which have been shut since the discovery of micro-cracks in their reactor vessels would be a hazardous move with potentially “catastrophic consequences”, according to a new study commissioned by the Green Party group in the European Parliament.

“A possible failure of the reactor due to sudden crack growth in case of local thermal stresses cannot be excluded and would have catastrophic consequences, especially in the vicinity of densely populated and high-economic activity areas,” it says.

The Doel-3 plant is situated close to the northern city of Antwerp, while Tihange is not far from the southern town of Liege.

If a melted reactor core reached the lower plenum area where steam explosions are entrained, it “would sooner or later cause containment failure with the consequence of severe radioactive releases to the environment,” the study concludes.

The paper ‘Flawed reactor pressure vessels in Belgian nuclear plants Doel-3 and Tihange-2’ was written by Ilse Tweer, a consultant who has previously contributed to reports by the Austrian Nuclear Safety Advisory Board.

Belgium’s nuclear safety authority, the FANC, is expected to give the two plants a clean bill of health in a report to the Belgian government on 15 January, according to reports in Le Soir. But no official decision on their future has yet been taken.

The 1970s-era plants, which are owned by the Belgian power utility Electrabel, were closed in August after the country’s nuclear regulator said that problems in Doel-3’s construction had caused a “malaise” with a large number of non-hazardous defects.

Officials stressed at the time that the plant was not a threat to public safety.

But the new report claims to have found indications of radiation embrittlement of the plant’s steel reactor pressure vessel, in an examination that they say was not used in the ‘stress tests’ imposed by the energy commissioner, Günther Oettinger, after the Fukushima disaster.

“If you have these problems in Belgium, all the other reactors (in Europe) should be checked for the same defects,” the Belgian Green MP Kristof Calvo told a press conference at the European Parliament yesterday (10 January).

Last October, a communication on the European Commission’s stress test results said that investment of up to €25 billion was needed to improve safety at Europe’s 143 nuclear reactors.

Oettinger followed this up by promising to bring forward a review of the EU’s Nuclear Safety Directive to raise the EU’s nuclear technical standards “to the highest possible level in a uniform manner”. The European Commission’s energy directorate says that this will be published later this year,

In a referendum last autumn, Lithuania defied the advice of Commissioner Oettinger to join countries such as Germany, Italy and Switzerland in rejecting nuclear energy as part of their energy mix. On 27 January, a similar referendum will take place in Bulgaria.

Anti-nuclear campaigners are meanwhile planning a demonstration outside the Tihange plant on Saturday (12 January).

Following the 11 March 2011 earthquake and tsunami in Japan and the nuclear tragedy at Fukushima, European leaders agreed on 25 March to set the "highest standards" of nuclear safety and submit all plants to "stress tests”.

The tests examined whether nuclear power plants could withstand the effects of natural disasters such as earthquakes and floods and, secondarily, man-made actions such as plane crashes and terror attacks.

The tests covered 143 nuclear power plants operating in Europe, plus six more under construction and 15 planned. Switzerland and the Ukraine also participated in the tests.