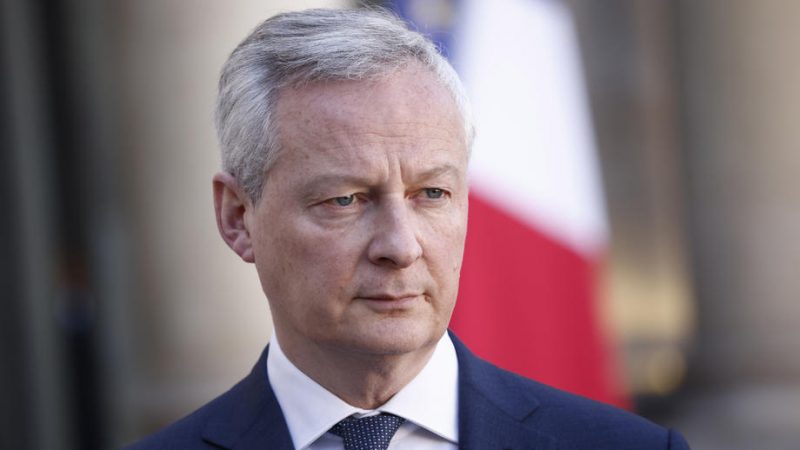 Reforming an “absurd” European electricity market still dependent on the price of fossil fuels is one of France’s medium-term projects to achieve energy independence, as explained by French economy minister Bruno Le Maire.

The EU’s energy independence strategy, which will be at the centre of discussions at an informal summit of EU leaders in Versailles on 10-11 March, appears consensual but the 27 EU member states still need to decide how to achieve it.

According to Le Maire, the timetable for the implementation of this strategy will see short-, medium-, and long-term actions intertwined. Among them, the reform of the energy market is for the medium term.

“A European energy market in which the price of decarbonised electricity remains dependent on the price of fossil fuels is absurd,” said the minister. “The more the price of gas soars, the more everyone can see this reality.”

The reform of the EU’s energy market will be among the issues discussed in Versailles. Le Maire said he was “convinced that the European Commission will propose the necessary, even temporary, adjustments to the rules in this regard”.

After being rather reluctant to change the energy market, the European Commission is now easing off.

With its “REPowerEU” plan, unveiled on Tuesday, the Commission agreed to reconsider its approach to the matter in order to make Europe independent of Russian fossil fuels – gas, oil and coal – “well before 2030”.

To address soaring energy prices, it is considering assessing “the possibilities for optimising the organisation of the electricity market”.

The Commission said it was taking into account “the final report of the EU Agency for the Cooperation of Energy Regulators and other contributions on the pros and cons of alternative pricing mechanisms to keep electricity affordable, without disrupting supply and further investment in the green transition”.

But not everyone is convinced by the need to reform the EU’s energy market.

“A significant number of member states support our electricity market as it exists,” said the EU’s Energy Commissioner Kadri Simson. “The current situation is extraordinary and requires extraordinary measures, but let’s not abandon everything we have managed to do so far”, she pleaded.

While acknowledging that Russia’s ongoing invasion of Ukraine “shows the limits of the market”, Christian Zinglersen, director-general of the Agency for the Cooperation of Energy Regulators, said that “for the most part” it is functioning well.

The European energy market is “probably one of the most efficient in the world”, he argued, particularly in terms of the security of supply it gives member countries.

“When the product whose marginal cost is retained on the whole of the European continent becomes crazy, absurd, we must reflect, without calling into question this absolute European solidarity, (…) on how we evolve with this double objective, [of sustainable transition and solidarity]” he suggested.

This is bound to provide some food for thought for the debates in Versailles.