For the ramp-up of French hydrogen production, the government has promised €7 billion over ten years, including €2 billion already announced last week as part of the country's coronavirus recovery programme. These billions should flow until 2022 and primarily promote the industry's decarbonisation. EPA-EFE/IAN LANGSDON [Ian Langsdon/ epa]

On the fringes of an informal meeting of EU finance ministers in Berlin on Friday (11 September), the Franco-German vision for joint hydrogen production could make good progress. France’s Economy Minister Bruno Le Maire already announced last Sunday that he and his German counterpart, Peter Altmaier, would discuss further details over dinner.

In concrete terms, the plan is to set up a “gigafactory” for hydrogen, for which both countries could provide €1.5 billion and which is to apply to the EU for the status of “Project of Common European Interest” (IPCEI) in order to receive state subsidies.

German Chancellor Angela Merkel and French President Emmanuel Macron gave their initial thoughts on the subject when they met in August.

“We must accelerate the Franco-German projects” because both countries could become the world’s market leaders in hydrogen together, said Le Maire.

The new round of talks was prompted by the French hydrogen strategy presented on Wednesday. The strategy envisages that the country will build up electrolysis capacities of 6.5 gigawatts over the next ten years and produce 600,000 tonnes of green hydrogen.

Blue hydrogen, which is obtained from natural gas by capturing CO2, is not featured in the French strategy.

For the ramp-up of French hydrogen production, the government has promised €7 billion over ten years, including €2 billion already announced last week as part of the country’s coronavirus recovery programme. These billions should flow until 2022 and primarily promote the industry’s decarbonisation.

With its new target, France is taking a big step forward, as then Environment Minister Nicolas Hulot only earmarked €100 million over three years in 2018. “This gives hydrogen a real dimension,” his successor, Barbara Pompili has said.

Germany has ambitious hydrogen plans too.

When Economy Minister Peter Altmaier presented the country’s national hydrogen strategy in June, he announced that Germany wants to become “number one” worldwide.

Germany intends to build 5 GW of capacity by 2030, and 10 GW by 2040. While Germany has set itself a slightly lower production target than France, it also intends to import large quantities of green hydrogen from sunny countries. €2 billion is earmarked for import partnerships.

In its hydrogen strategy presented in July, the European Commission suggests that a total of 40 GW, with a production capacity of ten million tonnes of hydrogen, should be produced in Europe during that time.

How much hydrogen is to be produced as part of German-French cooperation remains unknown. There could, however, be disagreements about the choice of production.

Though France intends to produce hydrogen by using electricity from its nuclear power stations – dubbed by energy analysts as ‘pink hydrogen’, Germany has rejected atom-smashing.

In December 2019, EU leaders were unable to agree on whether nuclear power can be classified as “clean” under the EU taxonomy – a matter which is now being investigated by the EU’s Joint Research Centre.

Both Germany and the Commission rely therefore on blue hydrogen in their strategies. According to Le Maire, however, this should not become an obstacle.

Different approaches are still being pursued in the production and import of hydrogen “but we will see how our approaches can complement each other,” he said.

Everything “made in Europe”

As France wants to make sure it does not become dependent on foreign companies for hydrogen, it intends to produce the required technology entirely in France.

France will not make the same mistake as with photovoltaic modules and subsidise Chinese producers, Le Maire confirmed, adding “this is out of the question.”

Germany and France already have initial experience with joint projects of this size.

Earlier this year they announced a joint gigafactory for batteries for electric vehicles, which will be based in Nersac and Kaiserslautern and will be supported by both countries with around €1.3 billion. Battery production, which should start from mid-2021, should reach one million by 2030. 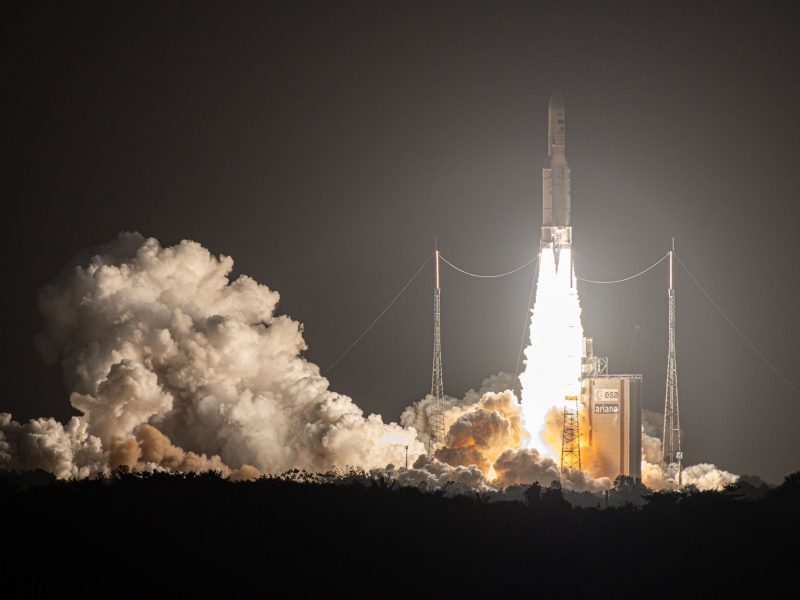