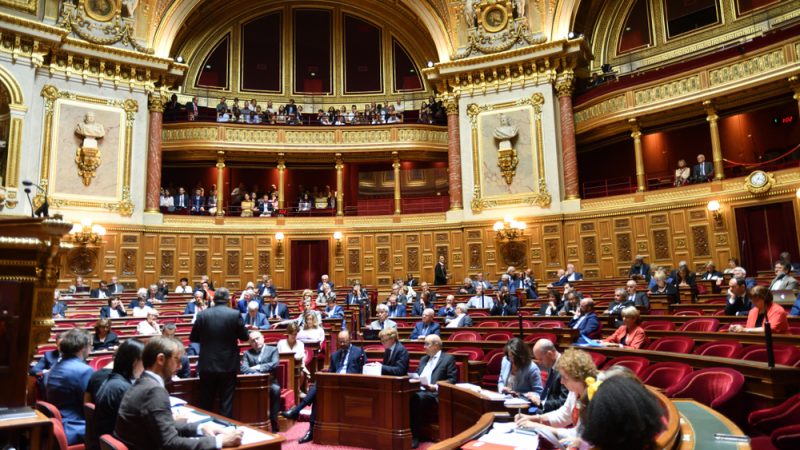 Last May, the government presented its roadmap for wind energy to the regional prefects, asking them to map the areas that are favourable for the installation of wind turbines. [Jo Bouroch/Shutterstock]

Following a stormy debate, senators voted in favour of mayors obtaining the right to veto wind farm projects with the aim of promoting “social acceptability of wind farms, with a view to ensuring harmonious development, i.e. more in tune with the territories and their inhabitants”.

According to conservative Les Républicains senator Etienne Blanc, light pollution, noise pollution, protection of biodiversity and impact on bird migration corridors are all criteria to be taken into account before launching the construction of a wind farm.

“It is a question of better establishing consultation and dialogue. Before the environmental authorisation is submitted, the file must be submitted to the municipality where the plant is to be installed and to its mayor,” added Blanc, who sits among the Senate’s right-wing majority.

The amendment provides for a one-month period during which mayors will be able to study the project, and possibly veto it. Speaking to his fellow senators, Blanc pointed out that his party was defending a “reinforced democracy”, with “more consultation” of local authorities when it comes to other facilities such as nuclear power.

‘Are you serious? Can you believe it?’

However, according to Green senator Ronan Dantec, “this kind of amendment brings down any French energy strategy” and undermines the country’s climate goals. “It is not serious,” said Dantec who called out the senators for being “totally lost and for going with the wind”.

“We will not be able to meet the needs of the future,” Dantec continued, referring to the latest report by France’s electricity transmission system operator RTE.

“Without wind power, we will not make it,” he said, asking other Senators: “But where are we going? Are you serious? Can you believe it?”

Green senator Daniel Salmon criticised the “campaign of denigration against wind turbines” which he called “quite incredible”.

“We are asking questions that we have never asked ourselves about any other installation. They talk about the concrete of wind turbines. But it’s 0.5% of the concrete poured in France,” he said, asking whether senators wondered “about the millions of birds that are killed by cars every day?”

“We have completely missed the target for wind power in France,” he added.

While wind energy is not flying high in France, the minister is eager to include it in the country’s future energy mix without neglecting the “imperative to preserve our cultural and natural heritage”.

“With the right to veto, there is no incentive to consult and find solutions together,” said Pompili, adding that this could be detrimental to other renewable energy sources such as photovoltaic panels or the ‘methanisation’ of biological waste, which also risk being vetoed by local mayors.

France has largely missed its 2020 renewable energy targets agreed at EU level, and continues to rely predominantly on nuclear power, which alone accounts for 78% of its electricity production.

The country will have to move up a gear if it wants to meet the EU’s future renewable energy targets for 2030, which are expected to be even more ambitious.