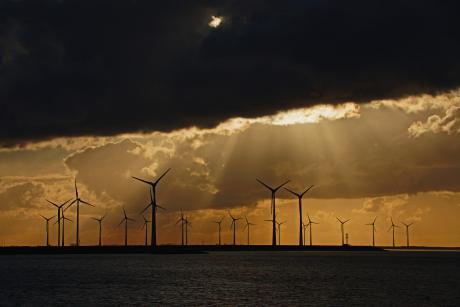 The Social Democrat made the opening statement at an international conference on climate change in Berlin.

The goal of the meeting was to make the concept of a renewable energy supply palatable for as many countries as possible from all over the world – and not only with arguments promoting climate protection.

“Not only should more people live more safely and cleanly, but also more prosperously”, Sigmar Gabriel pointed out, emphasising the main goal of the Energiewende.

Research and innovation play an important role in this, he said, for German companies domestically and those who develop the energy market abroad for innovative, efficient and climate-friendly products.

Germany is giving up nuclear energy; in 2022 the last atomic power plant will leave the grid. But several questions remain: Will renewables be enough to cover Germany’s remaining energy needs? Is energy security guaranteed? Is there a threat of rising prices?

German representatives at the conference did their best to calm concerns. Abandoning nuclear energy is the only way, Gabriel emphasised, from an economic perspective.

In this day and age, the Economic Affairs Minister said, nuclear energy is the most costly and nonsensical form of power generation. While nuclear energy employed around 30,000 people at its peak, renewables have already created 300,000 jobs to date, he indicated.

Germany as a role model

“Only renewables are able to shift our energy supply to one without CO2, while guaranteeing security of supply and strengthening local added value,” said Fritz Brickwedde, president of the German Renewable Energy Federation (BEE).

Germany has already served as a role model, in that the Energiewende is an innovative motor for industry and the mid-sized sector.

Brickwedde’s words are not only backed up by the number of workers in the sector, but also the amount of investment in renewable energy sources. The latter increased from almost €5 billion in 2000 to €19 billion in 2014.

In addition, the number of patents registered in this sector increased five-fold between 2005 and 2013 to 2,000 new patents.

Steinmeier also emphasised that sustainable energy supply is not only “the ideal solution to less emissions”. They also mean ending dependence on imports and thereby removing the option of using energy to exert political pressure.

Because, Steinmeier pointed out, “every country can produce renewables on its own”.

To reduce this dependence and still reach its self-defined climate targets, Germany seems determined to continue pushing the Energiewende. But nine months before the climate conference in Paris, pressure on Berlin is growing. By 2020, emissions are planned to be reduced 40% compared to 1990 levels.

At the end of October, the European Council agreed on the framework for the EU's climate and energy policy until the year 2030. Member states have committed to reaching a share of renewables in the EU's energy consumption of at least 27% by 2030. This target will be binding at an EU level.

To improve energy efficiency by 2030, an indicative target was set at an EU level of at least 27%. The government also signed off on a binding measure requiring that member states reduce EU domestic greenhouse gases by at least 40% until 2030 compared to 1990 levels.