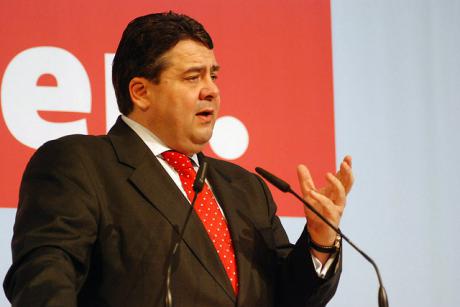 The German government says it will not provide capacity payments for fossil fuel power plants, but the country’s energy sector is insisting on assistance for its weak coal- and gas-fired power stations. EURACTIV Germany reports.

Power plant operators are only interested in capacity payments so that they can “conserve surplus capacities at the cost of electricity consumers,” Germany’s Minister of Economic Affairs and Energy Sigmar Gabriel told Handelsblatt.

That is the opposite of a sensible electricity policy, the politician from the Social Democratic Party (SPD) said.

Instead of capacity payments, Gabriel has chosen to focus on the market’s strengths. “A functioning electricity market requires real scarcity prices. They send the necessary investment signals,” the Minister said.

Politicians should not give in to capacity markets out of “cowardice” and initiate a new surcharge scheme, Gabriel warned. The energy-intensive industries in particular, he said, are “very afraid” of this.

“Conventional and safe power plants will remain irreplaceable for a long time,” contended Johannes Teyssen, the head of E.ON. He spoke on Tuesday (20 January) at Handelsblatt’s 2015 conference on the energy industry in Berlin.

Despite the expansion of the fluctuating green energy industry, these plants are necessary to ensure security of supply and should have a fair price, Teyssen emphasised. Representatives from public utility companies also argued that supplying energy, which can be generated around the clock, should be compensated.

Companies like E.ON have invested billions in the construction of new coal- and gas-fired power plants in the past decade. But these facilities are often no longer profitable today.

Because of the massive expansion of renewable energy sources such as wind and solar power, along with the surplus capacities of power stations, wholesale electricity prices are lower than they have been in 11 years. Energy providers are shutting down power plants left and right. Around 50 applications for plant closures are currently pending at the Germany’s Federal Network Agency.

“There is a threat of closures in the wrong place at the wrong time,” said Teyssen, insisting that coal- and gas-fired power plants are still needed. “Wind and solar can only supplement and cannot replace conventional power plants, not only in our latitudes, but in almost all industrial societies,” he commented.

The head of E.ON said he expects other states in Europe will develop capacity markets, pointing to the United Kingdom as an example where such a mechanism already exists. The capacity market did not result in skyrocketing costs there, and this is also not expected for Germany, Teyssen said.

Teyssen was supported by public utilities companies and the electricity lobby. “Even unsinkable ships need a lifeboat. A capacity market is no different,” said the head of the Trianel utilities alliance, Sven Becker.

Gabriel is refusing the unbiased results-oriented debate he himself has called for, said the CEO of Federation of Energy and Water Industries (BDEW), Hildegard Müller. In this way, she said, he is counteracting the discussion process over the electricity market of the future, which he himself initiated.

“This is more than astonishing. This is not what responsible handling of the most pressing problem faced by the electricity market looks like,” Müller criticised.

Meanwhile, the Association of Municipal Companies (VKU) pointed out the significance of conventional power stations for Germany as an industrial hub.

“The municipal utilities in Germany have a power station park with many modern, highly-efficient power plants and cogeneration systems which are not, or are almost not, economically feasible to operate at the moment,” said VKU president Ivo Gönner.

“These power stations have an important function for the security of supply in Germany: They supply electricity when not enough power can be generated by the fluctuating feed-in from renewables,” Gönner pointed out. “From a security of supply perspective, the German government must ensure that the energy market is structured in a way that highly-efficient power plants are not thrown to the dogs.”