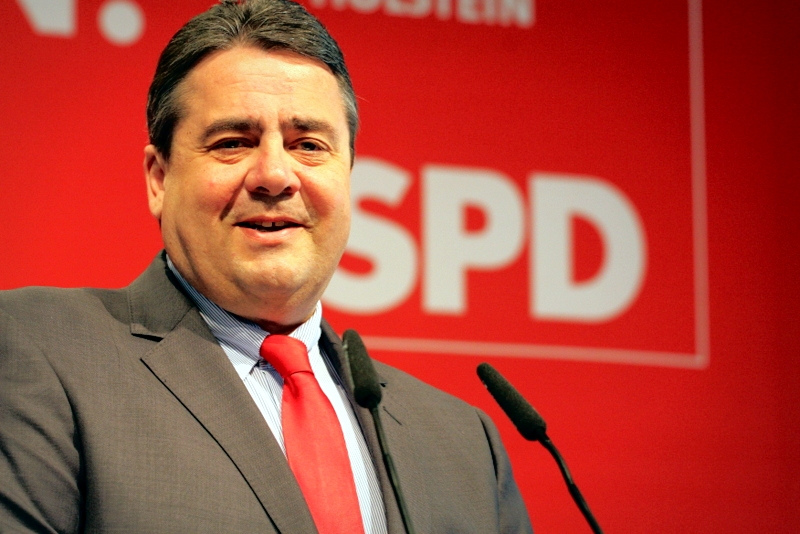 “Member states from southern and eastern Europe were our strongest partners in negotiations for the 2020 [climate] goals”, recalled Minister of Energy Sigmar Gabriel on Monday (14 April) in Berlin. But now, in the midst of the discussions over 2030 climate protection targets, southern European countries are prioritising the fight against unemployment, he indicated.

Gabriel, who hails from Germany’s Social Democratic Party (SPD), spoke at the presentation of the climate change report from the Intergovernmental Panel on Climate Change (IPCC).

According to the report presented in Berlin on Monday (14 April), the greatest emissions increase over the past 30 years occurred between 2000 and 2010. If states continue as they have thus far, warming would increase to an estimated 3.7 to 4.8°C by 2100, said the IPCC.

In Gabriel’s words, Germany is pushing for strong climate and energy targets for 2030. Greenhouse gas emissions on the continent should sink to 1990 levels, while the share of renewable energies would increase to 30%.

But along with the Scandinavian countries, Germany believes it is increasingly left alone in its ambitious stance on climate change. This is because the economic crisis has become a more pressing issue for other European countries, the energy minister said. In Eastern Europe, countries like Poland believe climate protection is too heavy a burden, the SPD chief explained.

“Behind closed doors, they think we are crazy. They believe it is impossible to reach our proposed targets”, Gabriel said.

At the presentation of the report, Gabriel praised Germany as a role model for other countries, proving economic growth and climate protection can go hand in hand. “For two years we have been on a path of growth, and have simultaneously reduced our greenhouse gas emissions by 25%”, said the minister.

‘The wrong people are negotiating’

Concerning the international level, Germany’s energy minister is pessimistic. As long as international talks on climate protection are only held between environment ministers and NGOs, there will not be any clear advances, the social democrat warned.

According to the IPCC report, the driving force of climate change is economic and population growth. Fossil fuel emissions, and pollution from industry, make up a significant portion of rising CO2 emissions. In addition, the share of coal in the energy mix has grown, according to the IPCC group, raising the intensity of carbon dioxide in the global economy.

Only a considerable shift in investment can remedy this situation: “We need to move away from business as usual”, explained the co-chairman of the latest IPCC report, Ottmar Edenhofer.

A radical energy transition is necessary, the IPCC expert said, calling for a global shift to far-reaching, sustainable energy production – to solar, wind and nuclear power – as soon as possible.

‘It doesn’t cost the world, to save the planet’

The IPCC calculates that the necessary turn from fossil fuels with economic growth of between 1.6 and 3% per year will incur a loss of around 0.06 percentage points.

“It doesn’t cost the world, to save the planet”, Edenhofer explained. But positive effects of reducing CO2 emissions are not even calculated in yet, he said, indicating the diminished effects of climate change, or improved air quality in China, for example.

A two-year maximum time frame remains in which reacting will only involve moderate costs, warned Edenhofer.

In his appraisal, this means that if less cuts are made in emissions up till 2030, they will need to be reduced all the more quickly from 2030 to 2050. In that case, less-tested technologies would be employed to pull carbon dioxide out of the air, Edenhofer said, but these are not yet fit for use, and entail new risks.

Meanwhile, German environmental organisations received the results from the IPCC with considerable optimism.

“A global energy transition is not a burden; it is an opportunity. Dramatic and expensive effects of climate change can be prevented with minimal cost”, said Greenpeace climate expert Karsten Smid.

“The IPCC report is unmistakable. Our energy supply must become sustainable, secure and free of CO2,” Smid said.

NGOs and Greens: ‘Get out of coal’

Annalena Baerbock, spokesperson for the German Green party (Bündnis 90/Die Grünen) in the Bundestag, sees the IPCC report as a clear call to action directed at the grand coalition. “Climate change means get out of coal. The federal government must seriously and swiftly implement the energy transition instead of holding onto the climate killer coal.”

“The twenty-first century began with a coal decade, but it will become a century of renewables,” Greenpeace’s Smid said.

Gabriel did not even mention the word “coal” once in his speech. This comes as a surprise, as Gabriel had been a big supporter of the coal industry in recent months.

The federal energy minister hopes for a united position among European state and government leaders by fall of this year. “If not, we will have a difficult time convincing other countries to do more for climate protection,” Gabriel said.

The Intergovernmental Panel on Climate Change (IPCC) is a joint product of the World Meteorological Organization (WMO) and the United Nations Environment Programme. The IPCC is charged with compiling regular summaries of knowledge and research on the subject of climate change, its impacts and future risks as well as possibilities for prevention.

The focus of the first portion, released in Fall 2013 and presented in Stockholm, was on the physical science basis for climate change. The second part, which was released a few weeks ago in Yokohama contained a clear warning: unchanged increases in emissions will bring about high risks for humans and ecosystems through global warming. In many regions, harvests will be destroyed accompanied by flooding and heat waves. Poverty and economic crises will increase in number, threatening to cause violent conflicts.

The third portion – contributed by Working Group III under the heading "Mitigation of Climate Change" for the Fifth Assessment Report (AR5) – was presented on Monday (14  April 2014) in Berlin and summarises the status of research on climate change.