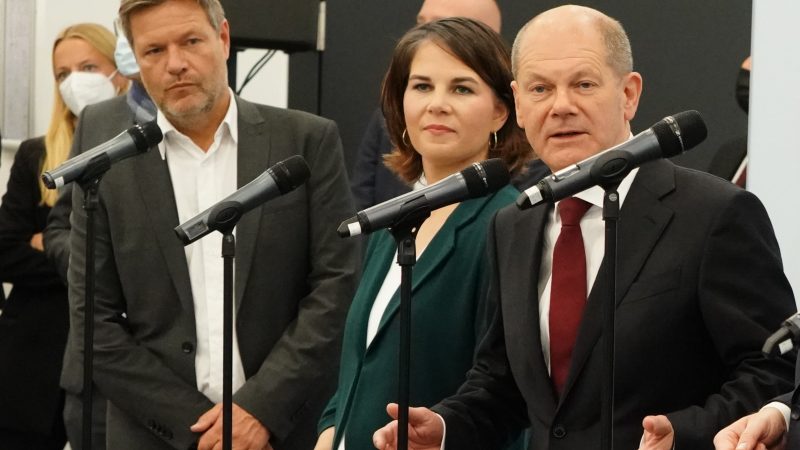 The honeymoon period of the new German “traffic light” government may officially be over: vice chancellor Robert Habeck has threatened to block the contentious Nord Stream 2 gas pipeline as part of sanctions against Russia, revealing tensions within the coalition over the project.

The controversial pipeline circumvents Ukraine and gives Gazprom a direct line to its largest EU customer, Germany, prompting critics’ concern about the use of gas as a geopolitical weapon.

“From a geopolitical point of view, the pipeline is a mistake,” said Habeck in an interview with FAZ published 19 December, revealing cracks between the Greens and the social democrats (SPD) in the German government.

“All countries were against it except Germany and Austria,” he added.

The “traffic light” coalition, comprising the SPD, the Greens and the liberal FDP was formed in record time, but the parties’ differences over the contentious gas pipeline were apparent early on.

“Nord Stream 2 is a private sector project that has been advanced to the point where a pipeline has been laid,” said Chancellor Olaf Scholz at a press conference alongside French President Emmanuel Macron after last week’s EU summit in Brussels. 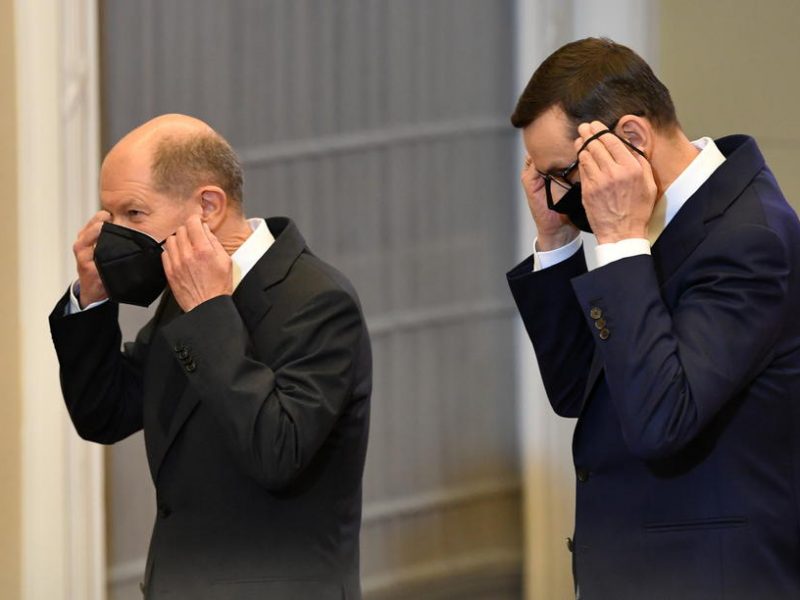 The new German chancellor and the foreign minister made statements over the weekend, which didn’t signal a shift of policy with respect to the controversial Nord Stream 2 gas pipeline compared to the positions of the Merkel administration.

As Russian troop movements along the Ukrainian border fuelled worries about another invasion, EU leaders called upon the chancellor to be prepared to impose sanctions on the Kremlin’s favoured Nord Stream 2 project.

But Scholz deflected responsibility, saying the decision to approve the pipeline was now with the German energy regulator, which temporarily halted the project last month because the Swiss-based consortium behind Nord Stream 2 first needed to form a subsidiary company under German law to secure an operating licence.

“An authority in Germany is deciding this in a completely non-political way” while possible action to secure Ukraine’s borders was “a different question,” Scholz said in a rebuttal to his European counterparts, CLEW reported.

However, Germany’s Foreign Minister Annalena Baerbock, who is also from the Greens, sees things in a different light.

“As things stand at present, this pipeline cannot be approved because it does not meet the requirements of European energy law,” Baerbock told ZDF on 12 December, saying “the safety issues are still unresolved anyway”.

Furthermore, it is clear “that in the event of further escalations, this pipeline could not be connected to the grid,” she said, noting that the agreement struck with the US during the last year of Angela Merkel’s reign had foreseen a similar understanding. The US had sought to ensure the territorial integrity of Ukraine without upholding the sanctions on the pipeline that had raised hackles in Berlin.

Her position has now been enhanced by her fellow Green Super-Minister Robert Habeck.

“Any new military action cannot remain without severe consequences,” Habeck stated in the interview as reported by DW. The option of blocking the pipeline would be on the table, if “there is a new violation of the territorial integrity” of Ukraine, he said.

As Scholz has been officially appointed Chancellor on 8 December, the row may officially mark the end of the shortest ever honeymoon period for a German government, and reveals the difficult position his coalition currently finds itself in.

Germany is heavily reliant on gas: more than 25% of energy used in the country comes from natural gas, a majority of which is imported from Russia.

Nord Stream 2 is a beloved project of the SPD. The last SPD chancellor before Scholz, Gerhard Schröder, had overseen the construction of Nord Stream 1 while powerful party leaders continue to be committed to it. Scholz was secretary-general of the SPD under Schröder, underlining his longstanding involvement in the project.

“We need this gas pipeline,” said Manuela Schwesig, the dominant SPD minister-president of Mecklenburg-Vorpommern in an interview with Spiegel, warning against “mixing the constriction of the pipeline with foreign policy issues”.

The new Chancellor appears stuck between the demands of his party but is being publicly challenged by his vice chancellor and some of the government’s most powerful ministers, revealing internal tensions within the young government coalition.

The €11 billion pipeline, which has been called “the biggest mistake” of Angela Merkel by EPP President Donald Tusk, may continue to rock domestic and foreign politics long after her departure. 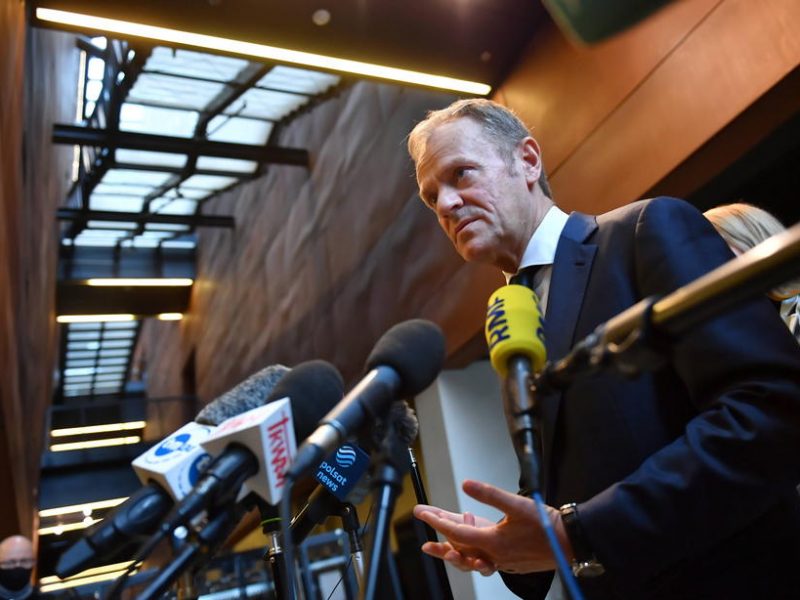 Donald Tusk, the former president of the European Council and leader of the European People’s Party (EPP), criticised the decision of the outgoing German government on the Nord Stream 2 gas pipeline linking Germany to Russia.