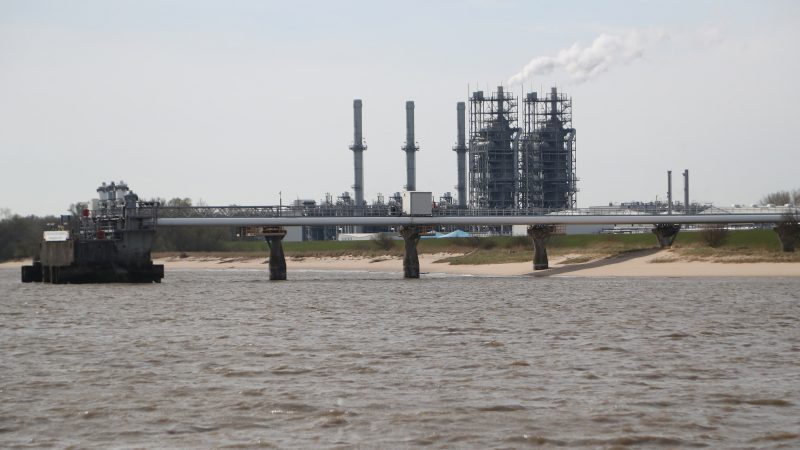 Stade, pictured, is one of many locations that could soon have an LNG terminal if the German LNG accelerating law passes parliament, while NGOs worry about fossil-lock in. [EPA-EFE/FOCKE STRANGMANN]

The German government, rushing to reduce its reliance on Russian gas, is about to enact a law that will accelerate the construction of liquified natural gas infrastructure. Germany will then be able to import LNG from anywhere, causing concern among environmental NGOs about extending its dependence on fossil fuels even longer.

In preparations for the next winter, the period the Berlin government is most wary of, allowing for fast-tracked liquefied gas infrastructure is a top priority. Germany could then regasify liquid gas from Canada or Qatar in a pinch and remove energy supply headaches while creating new ones for environmental activists.

“Today more than ever, we need to place our energy supply on more robust pillars,” Vice-Chancellor Robert Habeck said in early May, noting the essential nature of efforts to expand renewables alongside the build-up of an LNG import structure.

The new acceleration law would allow public authorities to “waive certain procedural requirements” made mandatory by EU law, like environmental impact assessments. The ministry added that it considered this to be compliant with the law, given the exceptional circumstances. The German parliament is expected to greenlight it on Thursday (19 May) night.

The emerging problem here is that the government is hoping to get so much LNG infrastructure underway that it would eclipse the scope of the Russian imports the government set out to replace.

In 2021, Russian imports amounted to 46 billion cubic meters (bcm), while the LNG project pipeline, once completed, would result in a minimum of 70 bcm of regasification capacity and the terminal’s permits would last until the end of 2043.

Some of Germany’s most influential climate NGOs, disappointed and worried by the plan, did not mince their words.

“The acceleration law locks us into oversized and climate-damaging planning,” warned Olaf Bundt, chair of BUND, an NGO with almost half a million members and supporters. Building on the lock-in argument, Christoph Heinrich of WWF noted that “according to the draft bill, LNG terminals are to be granted a term permit until 31.12.2043.”

By 2045, Germany is legally obligated to be climate neutral. It justified the terminals by stating that they’d be “H2-ready,” meaning they could easily import “green” hydrogen instead of fossil gas.

Still, Heinrich expressed his scepticism about the LNG infrastructure’s ability to make the switch to climate neutral “green” hydrogen. “The law does not require LNG terminal operators to make them hydrogen-ready, so they should not be called H2-ready,” he said.

With the environmental impact assessment suspended for the sake of of speeding up LNG projects, activists are worried about spillover effects into other kinds of infrastructure projects.

“This approach should certainly not be seen as a blueprint for all future infrastructure projects,” stressed Jörg-Andreas Krüger, president of NABU, another environmental NGO.

“More than ever, the nature and climate crises must be brought into focus in all decisions today and going forward,” he added.

Environmental NGOs are already planning to lodge complaints and pursue all legal avenues to halt the plans. Vice-Chancellor Habeck took that prospect seriously enough to launch a warning to the environmentalists.

“Here I would like to expressly warn against suing against it [LNG infrastructure],” Habeck told RTL earlier in May.

“Should we not have the LNG terminals, and should the gas not come from Russia, security of supply in Germany is not guaranteed,” he warned. 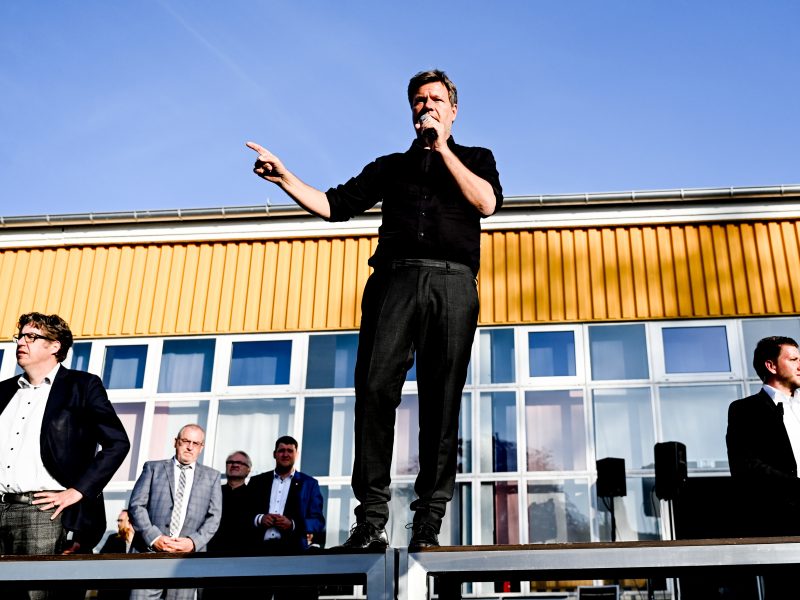 The German government has submitted a legislative proposal to speed up the permitting process and construction of onshore and floating liquified natural gas (LNG) terminals, as well as the necessary pipelines to connect them to the grid.