By Jessica Bateman and Nikolaus J. Kurmayer | EURACTIV.com with CLEW 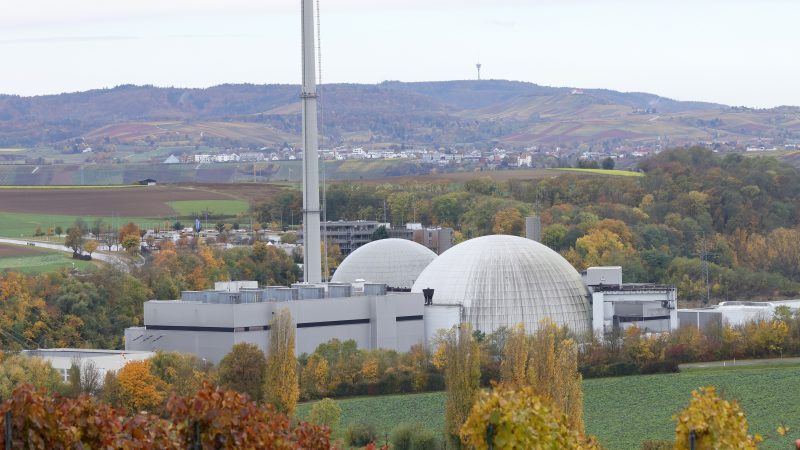 epa09562881 The nuclear power plant in Neckarwestheim, Germany, 01 November 2021 (issued 04 November 2021). The plant, also referred to as GKN, consists of two units of which block 1 was shut down in 2011. Block 2 is one of the last three rectors in Germany to go out of service by the end of 2022. Presently six nuclear plants are still active, three of them scheduled to finish in December 2021. In the wake of the 2011 nuclear catastrophe in Fukushima, Germany had decided on a nuclear phase-out until 2022 and is since striving to convert to renewable energies, one of the main topics of the COP26. EPA-EFE/RONALD WITTEK

The shutdown of Germany’s last nuclear power plants will not cause supply shortages, according to calculations by the German Institute for Economic Research (DIW Berlin), CLEW reported.

As the so-called “traffic light” coalition in Berlin takes shape, there have been concerns that the country’s upcoming phase-out of nuclear power could cause power shortages as the country’s renewable expansion has been slow-going for years.

“I’m looking for a flashing orange traffic light emoji when the German government will have to face blackouts later this winter,” tweeted energy analyst Thierry Bros.

Researchers used modelling methods to see how the decommissioning of nuclear power plants Brokdorf, Grohnde and Gundremmingen C (which will be taken off the grid at the end of this year) and Neckarwestheim 2, Isar 2 and Emsland (which will be shut down in late 2022) will affect power flows and the energy mix in Germany.

They found the decline in nuclear power will temporarily lead to a higher use of fossil fuels and imports, but that this should be quickly reduced by the accelerated expansion of renewable energies.

German energy use is expected to increase by 100 TWh until 2030, while the next German government wants to phase out coal by 2030 and to be done with gas in 2040.

As the world focuses on the COP26 climate summit in Glasgow, the German government coalition talks are offering a no less fascinating stage for climate policy drama.

The next government is expected to boost the expansion of renewable energy in Germany by speeding up planning and permitting processes, as well as mandatory solar PV installations on newly built buildings, according to FAZ.

According to reports, the next German government may aim for 80% renewable electricity in 2030, up from the current target of 65%.

Projections currently put Germany’s 2030 energy demand somewhere between 645 to 665 TWh. If those prove true, it would mean that wind and solar would have to generate upwards of 516 TWh per year, or more than double the current renewable energy generation capacity.

In 2020, renewable energy consumption was 251 TWh, according to CLEW.

In order to keep grid operation stable, congestion management will also need to be adjusted. “The lights will not go out in Germany,” study author Claudia Kemfert said in statement.

“On the contrary: the [nuclear] shutdown paves the way for the overdue expansion of renewable energies. Nuclear energy was uneconomical from the start and characterised by incalculable risks.”

Plans to phase out nuclear energy in Germany were introduced in 2011 after the Fukushima nuclear disaster in Japan. The decision has been criticised for worsening the country’s reliance on imported fossil gas while Germany exits coal at the same time. 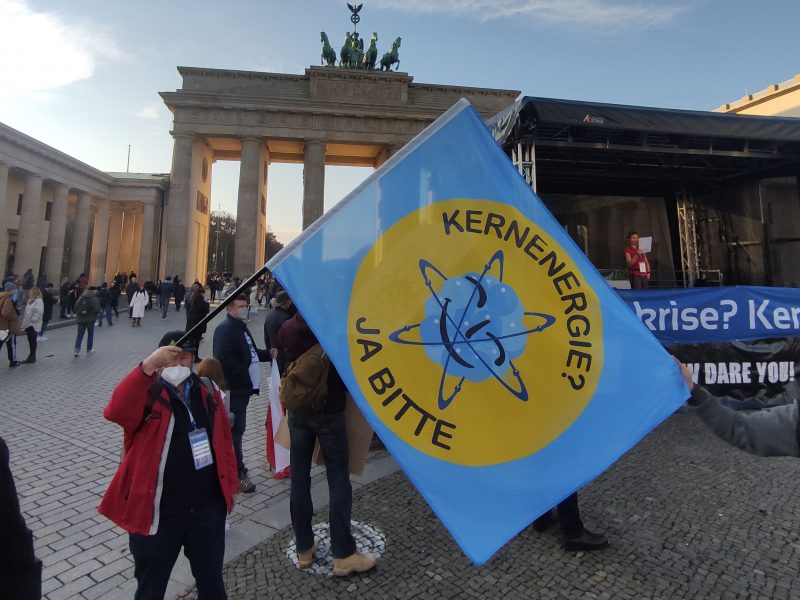 With Germany set to shut down its last six reactors in 2022, a group of pro-nuclear activists made a rare appearance in Berlin over the weekend in the hope of reversing the decision. Operators, for their part, are wary of another abrupt policy change.