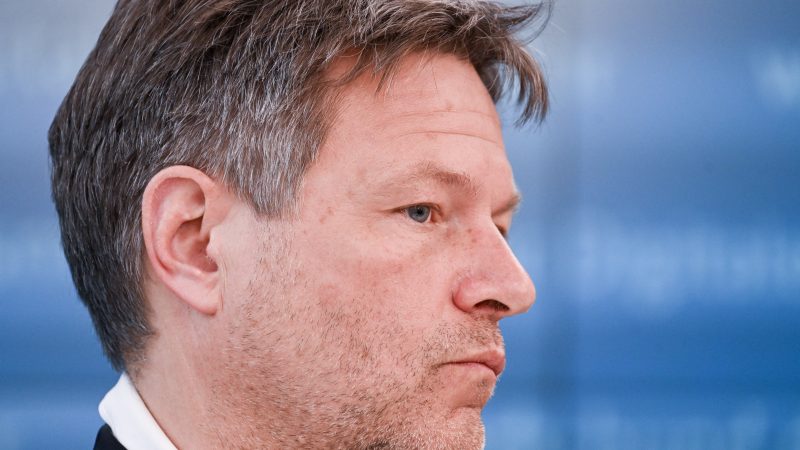 Faced with low gas stores and Russia's war, Germans are being asked to conserve energy ahead of Easter. EPA-EFE/FILIP SINGER

As civilian deaths continue to increase amid Russia’s invasion of Ukraine, Germany is under pressure to wean itself off gas and oil, as critics say the revenue provides Moscow with vital funds to wage war.

Habeck said Germany could become less dependent if citizens reduce their energy consumption, suggesting using the train or cycling instead of driving whenever possible.

“I ask everyone to make a contribution to saving energy right now,” Habeck said in an interview with Funke Media Group.

With his newish government coalition reluctant to resort to mandatory energy-saving measures, such as a highway speed limit, in response to a war on foreign soil, Habeck has resorted to appeals.

“Every kilometre not driven is a contribution to making it easier to get away from Russian energy supplies. We are also protecting the climate,” he added.

Habeck said cutting 10% of individual energy consumption was possible, adding that employers could contribute by giving employees the option to work from home.

“Wherever possible, one could work from home one or two days a week again – initially on a voluntary basis,” he said.

Habeck’s calls to save gas come after similar statements were made by the head of the federal network agency, who recently became a trustee of Gazprom Germania following its nationalisation and is in charge of ensuring the security of gas supply.

“From the point of view of the storage levels, I must say clearly: Everyone is called upon to contribute to saving gas even today,” said Klaus Müller, head of the network agency, in an interview with ntv.

Germany’s gas storage levels are at around 29%, a comparatively low level for this time of year. Normally, stores fill up on cheap Russian gas over the summer while demand is lower.

Experts have warned the German government to ensure high gas storage levels to be less susceptible to Russian threats in the coming winter. In March, the government enacted a law that ordains gas stores to be 90% full ahead of winter.

Without sufficient stores and a sudden cut of supplies from Russia, Habeck would be faced with tough decisions. As per the German security of gas supply plan, households and special institutions like schools and hospitals are protected from gas cuts.

Instead, industry would be on the chopping block, but no one can yet predict which industrial sectors would lose access to gas.

“However, a situation with supply bottlenecks and the shutdown of industrial plants is an economic policy nightmare. You can’t really do anything right – only less wrong,” Habeck told Funke.