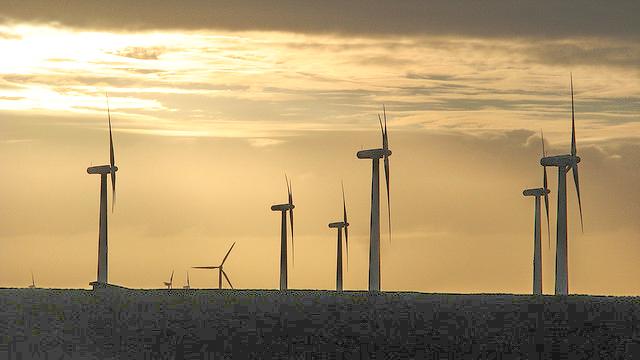 Germany will install more than twice the number of offshore wind farms compared to the UK in 2015, according to The European Wind Energy Association.

Germany is Europe’s largest renewable energy producer, but this is the first time it has outstripped the UK in installation of offshore wind farms.

The UK was the European leader in expansion for the last three years. It accounted for more than half of all offshore installations in Europe last year, and has more offshore capacity than the rest of the world combined.

But after record breaking installations in 2014, only three projects are expected to be completed in the UK this year. Germany has eight projects due for completion in the same time frame.

Oliver Joy, spokesman for The European Wind Energy Association said, “It shows that Germany and the UK remain two of the industry’s major players in the European offshore market.”

“This is obviously a positive sign for the German market as the government continues its drive towards the energiewende,” commented Joy. “The UK on the other hand will complete the world’s second largest offshore wind farm at Gwynt y Mor in North Wales. The world’s largest is London Array”.

In 2014, 408 new offshore turbines were connected across Europe, adding 1,483 megawatts (MW) of electricity. The total installed capacity for Europe now stands at 8,045MW with 74 offshore wind farms in 11 European countries.

On December 24, 2013, when industrial and business power demand dropped sharply, the price of German power for intra-day delivery fell to an average of -35.45 euros per megawatt-hour (MWh) between 0000 and 0600 in the morning, touching lows of -62.03/MWh halfway through that period.

Last October, EU leaders set an EU-level target of increasing renewable energy by 27%, compared to 1990 levels, as part of a binding commitment to reduce greenhouse gas emissions by 40 per cent by 2030.