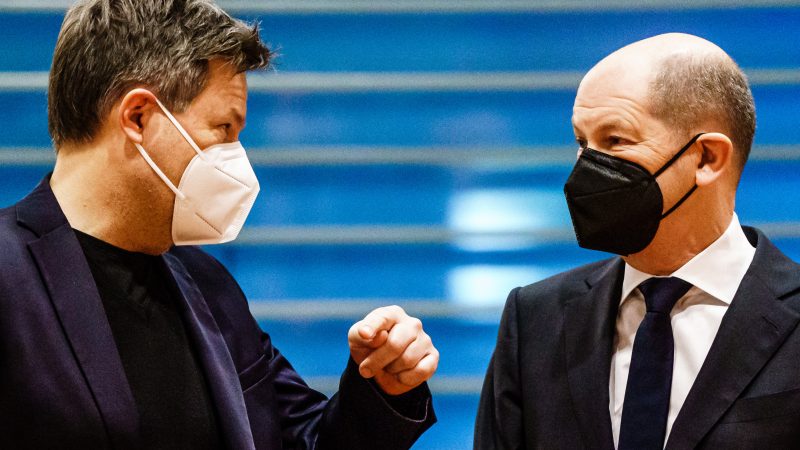 Germany is mulling whether to keep nuclear power plants running, although an initial assessment said doing so would not help the country in the winter of 2022/23. [EPA-EFE/CLEMENS BILAN]

Amid the ongoing war in Ukraine, the German government is examining every option to keep the country warm and reduce its energy dependence on Russia. Keeping nuclear power plants online is being reviewed, but it may be unlikely.

By the end of 2022, Germany will complete a multi-decade shutdown process of the country’s oft-maligned nuclear power plants. Energy insecurity concerns have repeatedly led foreign and a few domestic stakeholders to re-examine the country’s nuclear phase-out.

Asked about whether Germany would reverse the imminent shutdown of its nuclear plants, Vice-Chancellor Robert Habeck said that “It is also part of my ministry’s examination duties to answer this question” on national TV on Sunday (27 February).

In concrete terms, that would mean extending the amount of time the nuclear power plants would be allowed to run, something that especially Habeck’s green party had long entirely ruled out.

“The question is a relevant one. I would not dismiss it ideologically,” he added.

As Germany is revamping its defence and foreign policy, Habeck had already announced that he would also ensure that Germany had a “strategic” coal and gas reserve in place by the end of summer 2022.

As Chancellor Olaf Scholz announced a firm commitment to constructing LNG terminals to import additional volumes of fossil gas from the US and Qatar, opposition politicians may want the government to go even further.

“If you think it is necessary to reorient our [countries’] and your government’s energy policy if you agree with us that we can no longer forego any options for energy production, then you will have our active support,” explained Friedrich Merz, leader of the largest conservative opposition party CDU, on 27 February.

Merz has repeatedly spoken out in favour of a technologically neutral assessment of energy generation, calling for an “unbiased” look at the low carbon source of electricity in a bid to meet the country’s ambitious climate goals.

Yet, the long-winded process of shutting down the country’s nuclear plants may have already progressed too far to be able to stop it, the operators of the plants have warned.

“The continued operation of our Isar 2 nuclear power plant beyond the legal deadline of 2022 is not an option for us,” a spokesperson of the utility Eon, which operates one reactor, told Rheinische Post.

Other operators are similarly unwilling.

“The question of extending the operating times does not arise for EnBW. The phase-out of nuclear energy was decided in 2011 by political and social consensus and is clearly regulated by law,” a utility spokesperson told Handelsblatt.

Building onto the unwillingness of operators, Habeck noted that the operators had announced that extending the runtime of nuclear plants “would not help us in the winter of 2022/23.”

The winter of 2022/23 is seen as crucial. Should Russia cease all energy commodities exports, German electricity and heat generation would be put in a challenging position and make it costly to run. Habeck said the country would be alright until the end of summer, which puts the spotlight on preparing for the coming winter.

Citing concerns about the preparation for the shutdown having progressed so far that keeping them on would not only cause “security concerns of the highest magnitude,” but Habeck also added that “fission fuel supplies had not been secured yet.”

An “initial examination has shown that it [extending nuclear power plant runtime] will not help,” Habeck added.